‘I Couldn’t Be Prouder of Them’ 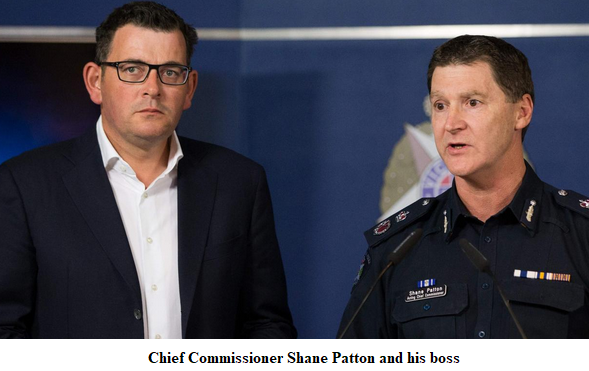 This morning in Melbourne, Chief Police Commissioner Shane Patton shared with 3AW, Victoria’s top-rated radio station, his thoughts on the unrest that has gripped what is no longer a comfortably overgrown country town masquerading as an international city. He could hardly have found a friendlier forum, as hosts from dawn to midnight have been scathing in their contempt for “rednecks”, “fools”, “thugs”, “tinfoil hatters”, “conspiracy theorists”, “violent nutters” “nongs”, “crybabies afraid to get a little jab” and even — gasp! — “libertarians”. 3AW, just by the way, is the Nine station that will not let callers utter the word ‘ivermectin’.

You can hear the Patton interview in full here — and listen in particular for Premier Daniel Andrews’ chief policeman saying this of his officers and their conduct:

“They have been brilliant. I couldn’t be prouder of them.”

Really, Commissioner, proud of the incidents captured below?

Unfortunately Quadrant Online’s publishing system allows only so many embedded videos per page. Were that not the case there would be scores of examples of the actions that are puffing up the Commissioner’s chest inside that black shirt.

Warning: Sensitive readers might wish to skip the first clip, which shows a man being grabbed from behind by a senior officer on the concourse at Flinders Street Station, then flung to the ground with a violence that, had it happened at the MCG, would have earned an AFL player a rest-of-season suspension. The sound of the victim’s head striking the pavement is sickening. — rf 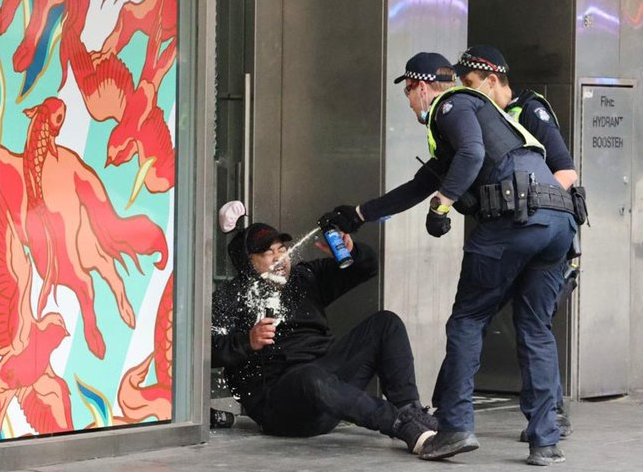 The Simpletons of Spring Street

The Boon of an Incurious Biographer