The Curse of Scientism’s Dominant Paradigm 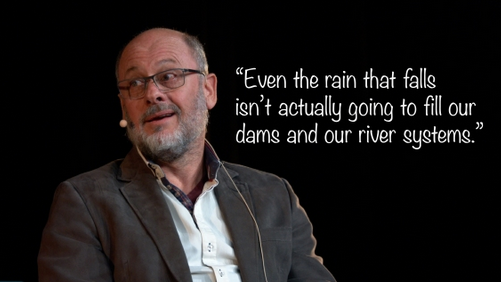 The last two years have demonstrated the dominance of paradigms in relation to public policy on both the COVID pandemic and climate change. Many years ago, Thomas Samuel Kuhn, in his seminal work, The Structure of Scientific Revolutions, argued that scientific knowledge undergo periodic paradigm shifts. Scientific knowledge, he argued, does not progress linearly and continuously. Scientific truth is not established by objective criteria alone, but is defined by a consensus of a scientific community. Controversially, Kuhn argued that our understanding of science could not rest on “objectivity” alone.  Science had to take account of subjective perspectives since all objective conclusions were ultimately founded on the subjective world view of researchers and participants.

Like Kuhn, accepting that  scientists can never be truly objective, Karl Popper propounded his central tenet of scientific methodology, “falsifiability”. A hitherto established scientific hypothesis could be invalidated  by even one piece of contradictory evidence.

For Popper, “falsification” was central to the intellectual integrity of the scientific method. Unfortunately, much of the scientific establishment, aided and abetted by governments, has worked to sustain dominant paradigms in the face of contradictory evidence which is simply ignored. Too often, ideology perpetuates paradigms to a point where they become dogma. For example, only research which validates anthropogenic global warming is de facto permitted. Falsification is avoided if the young scientist values his career. So called climate research is about fortifying a preconceived article of faith. So, if the establishment scientist fells the need to cherry-pick the evidence, torture the data and construct pseudo- sophisticated models with inputs, designed to get the correct “ideological” outcome, it is all in a good cause.

What is called, “the science”, has little in common with the scientific method. It seems to have more in common with papal encyclicals which we are enjoined to obey or risk damnation. But the situation may worse today. For now, the woke elites through control   of the bureaucracy, education at both school and university levels, media and big business, will seek to perpetuate alarmist paradigms and hinder what otherwise would be spontaneous paradigm shifts. As with climate change, the current COVID pandemic has seen the solidification  of paradigms, which are becoming harder to shift. The clear evidence that the Omicron variant, whilst more transmissible, is less virulent, seems hardly to have had any effect on health bureaucrats, with a very few exceptions, or the Australian Medical Association.

That saying, “when the facts change, I change my mind. What do you do?”, (attributed to Keynes, or was it Winston Churchill?), is followed only by the exceptional few. Most even highly intelligent, highly credentialed individuals fall prey to dominant mindsets. After all most of us crave social and official approval. Few want to stand in splendid isolation.

The current standout paradigm during the current pandemic is the vaccine mandate. Despite all the evidence that the vaccinated are just as likely to catch and transmit the COVID virus, (especially the latest Omicron variant), as the unvaccinated, the latter are treated as lepers both de facto and de jure. This despite the fact that the unvaccinated with co-morbidities only risk themselves and pose no added risk to the fully vaccinated.

Full disclosure: I am fully vaccinated. I belong to an older age group and have an underlying health condition. I am minimizing, not the risk of infection but the danger of serious illness. Having made a personally sensible decision, I was irritated by being forced to show my vaccine certificate before I could enter the Art Gallery, the Australian Museum and any number of restaurants. Even my clubs are forced to comply with official dictates.

As so many of my freedom loving scribes have observed, the COVID pandemic has facilitated an unprecedented state encroachment on our personal freedom and expansion of government at the expense of the private sector.

Perhaps the most disturbing phenomenon of the last two years is the inability of even democratically elected governments to openly admit error. Much of the media commentary has promoted  the notion of bureaucratic infallibility. When it comes to robust adaptive immunity, with rare exceptions,  of the very young, facts do not seem to matter. Collective panic smothers reality.

In particular, the attempt to choke of the free flow of information and knowledge by Big Tech’s platforms has hindered the necessary dynamic adaptability, so necessary for progress. Of course, bad and silly ideas circulate, but the fundamental premise of freedom is that people at large will eventually choose sense over nonsense, reality over fantasy. I believe that the ordinary people will choose rational survival over the woke nonsense favoured by pampered elites.

Al this leads back to Popper. “Falsifiability” is a critical key to progress, freedom of thought and research, and underscores why totalitarian regimes such as that of Xi jingping  must fail. Infallibility may be a papal privilege but is a fatal secular conceit.

The Curse of Scientism’s Dominant Paradigm