Scratching Scripture in the Name of Fashion 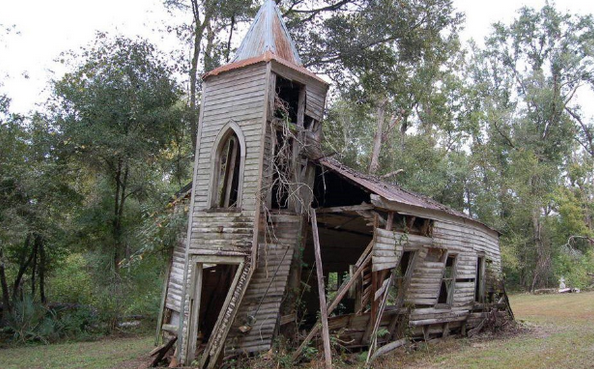 The Bible, containing 66 books of the Old and New Testaments, is the infallible Word of God, written under inspiration of the Holy Spirit and having supreme and final authority on all matters to which it speaks. It is without error in the original manuscripts and contains all the words God intended for His people to have in order to trust and obey Him.

Couldn’t be said better. I found this while searching for City on a Hill Church and instead mistakenly went to City Hill Church in Minnesota. Yet I believe that the church which has given Andrew Thorburn so much trouble and Daniel Andrews so much demonic apoplexy would equally subscribe to the words and sentiments expressed by City Hill Church. In fact, the words and sentiments are unexceptional. The number of books aside, the Roman Catholics have an extra seven, they accurately describe the faith of Christians. All Christians, that is, except those among the laity and clergy who, being dedicated followers of fashion, have decided to pick and choose which words and sentiments suit the times and which don’t.

Call it what you will. But interpreting the Bible to suit the times is heresy whatever the weaselly explanations of woke churchmen. Accordingly, within the worldwide Anglican community, it led to the establishment of GAFCON (the Global Anglican Futures Conference) in 2008. And, recently, within Australia, under the auspices of GAFCON, to the (breakaway) “Diocese of the Southern Cross.”

Daniel Andrews and others like him are appalled, apparently, by sermons which issued from the City on a Hill Church in 2013. These sermons described “practising homosexuality” as being sinful (i.e., doing the act is sinful, not same-sex attraction per se) and also condemned abortion. The allusion to the Holocaust in respect of abortion, which has now been deleted, was unwise, as it is generally. But that’s by the way. The substantive issue remains. The morality of killing millions of unborn babies.

What I find surprising here is that the lowlife who dug these sermons out had to go back to 2013 and, in another case, to 2016. What the heck has the church been doing since then? Has it become woke? Hope not.

Let’s be clear, the religion responsible for uplifting the Western world into enlightenment, freedom and prosperity, for ridding the world of slavery, the religion of truth, which is itself true, is unequivocal about fornication. Sex outside of a marriage between a man and a woman is sinful. Full stop. Thus, a lot of us sin, including those who engage in same-sex sexual activity.

To broadcast this Christian truth is not bigoted or hateful as Mr Andrews claims. He’s the bigot and the hater. It is God’s law whether he likes it or not. Fine, if he doesn’t like it. Best, though, not to pretend to be a Christian. Be a libertine or something. A Christian, other than one in name only, accepts scripture, however inconvenient it is for one’s personal preferences. Another thing: the LGBTQ+ fraternity are free to act out their lifestyles precisely because of the influence of Christianity over centuries and decades in moulding tolerant societies. Being grateful is the very least they can be.

As to abortions, murder is wrong. On that surely everyone outside of the Devil’s spawn can agree. The question is whether abortion is always murder. While there are lots of references to unborn babies in the Bible (“… the baby in my womb leaped for joy.” Luke 1:44), abortion is not mentioned. My own view, such as it is, is that not all of the killing of unborn babies is murder. Among some Christians that view is not acceptable, I know. But there it is. To partly explain, not all killing is murder. Killing in self-defence isn’t murder. David killed Goliath without it being murder. So far as I’m aware, those nailed to crosses beside Jesus were not being murdered; simply receiving just deserts from the Roman authorities for their crimes. Thus, Christians are entitled to query whether particular killings are murder.

We are down here in a troubled world trying to do our best. In that context, I simply cannot accept the proposition that a woman must be forced to carry a baby which is the product of rape or incest or where the baby will be disabled when born. And there may be other dire circumstances where the decision has to rest with the mother. None of us live the lives of others. People might say that the father should have a say in such circumstances. Yes, but not the final say. Always, as well, it is to be remembered that the mother’s life takes precedence over the unborn baby’s life. Common sense and instinct tell us that but Exodus 21:22-25 makes it biblically clear.

What I’m trying to say is that there is a debate to be had on abortion. But when almost one million abortions occur in America each year something untoward is afoot, to put it very mildly. It is not about the reproductive health of women. That is the use of language to veil the nasty business of killing a separate and unique human being; whether justifiable or not. In Australia it is estimated there were 65,000 abortions in 2021; compare that with the 2,500 abortions in 1971. Again, it is hard to see this squaring with the sanctity of life, which the Bible proclaims in many passages.

What I found disappointing about this episode is not the bigoted attacks on Mr Thorburn and the City on a Hill church. That’s par for the course in this Godless, post-Christian, vindictive age. The third characteristic, by the way, is very much a product of the second. What I found disappointing is the lack of any full-throated defence on the part of church leaders around Australia of the positions taken by the church in question. I might have missed it of course.

What I heard was that we all have to get on. See the other chap’s point of view. And, whatever you say, don’t mention the Bible. Some samples.

Rev. Tim Costello reportedly said: “I can tell you, just about every one of us who goes to church disagree with sermons, argue with what’s said in church, have very different views to what might even be on the website.” Hmm, you don’t say Tim. The Melbourne Anglican Archbishop: “Everyone should expect to be judged on their behavior not on their religious beliefs.” And Louis Farrakhan’s religious beliefs about Jews? The Melbourne Catholic Archbishop: “Helpful diversity draws people together. Harmful diversity pushes people apart.” What does that mean?

No, let’s be crystal clear, the sermons at issue are right. Homosexual acts are sinful. Abortions in the numbers we are seeing strike at the sanctity of life and are to be condemned. These should be the positions of Christian churches anchored, as they must be, in scripture. Neither of them means we judge others, discriminate against others, or treat others other than with consideration and kindness. When are we going to get a church leader to say these things openly and honestly; to be unashamed of the Bible? Being anodyne to the nth degree and hoping you’re the last one to be eaten won’t work. To paraphrase 1 Peter 5:8, like a roaring lion your adversary prowls around, and won’t ever give up until you’re well and truly eaten, digested and excreted. Better fight back. Onward Christian soldiers, marching as to war.

14 thoughts on “Scratching Scripture in the Name of Fashion”

Three Chanukah Cheers for the Maccabees