A Commonplace Funeral for an Extraordinary Queen 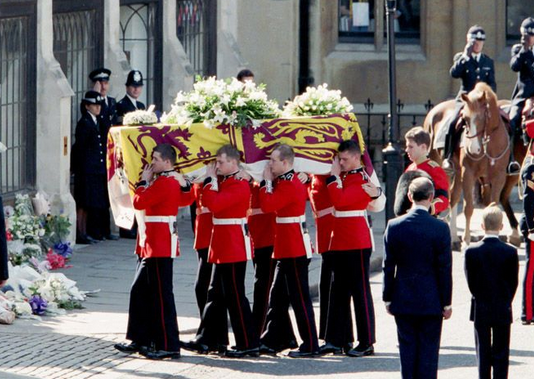 Not one media commentator pointed out the absolute normality of the Queen’s Funeral Service.

Apart from the two thousand worshippers inside Westminster Abbey, I suppose that a billion were in the global television congregation – virtually inside the Abbey. For many it would have seemed exotic. But most of it was commonplace, and we can know that any Anglican anywhere could have the same core event for his or her funeral – word for word. To me the most remarkable thing about the State Service was that it was in essence a parish, commonplace service applied to this distinctive setting. The actual Service lasted barely one hour.

Many viewers of the funeral commentators in the media and absorbers of social media would not know that what was said and done was absolutely ordinary, normal business for the Church of England, and Anglican parishes globally.  Well, it was absolutely normal until modern re-inventors of liturgy got rid of The Book of Common Prayer, replaced the Authorised or King James Version of the Bible and in places made even the simplest of clerical dress “optional” or abandoned it altogether.

Much of the modern Anglican world worships at the shrine of St Casual, frowns at written, set prayers (Collects) and would have found the service strange, rather than ordinary. This liturgy, to appropriate Les Murray’s 1969 poem, was “An Absolutely Ordinary Rainbow”.

Anyone in Australia  seeking to arrange an Anglican funeral could get 99 per cent of what was offered at core in the Abbey, except perhaps for the “cloth of gold” outward effect and the grand processions of State. All who once attended funerals in the local parish would have heard as much. Ordinary parish hymns and psalms were sung. Any parish choir could have sustained the special choral additions.

The readings and prayers were absolutely standard as was the Lord’s Prayer, maligned by those who wish it removed from the beginning of Parliament. One noticed that the whole assembly in the Abbey said it aloud. The Funeral Service repeated centrally what every person can or should be able to find at the perimeter in any parish. It was centre and the perimeter as one.

Except. We were spared all lengthy eulogies that double the length of some parish services.  And at the end,  the Archbishop of Canterbury addressed the departed Queen with a direct finality in the words “Go forth Christian soul”. That pre-Reformation trait is apt, though not a uniform Anglican practice in Australia. For some, death slams the door shut on the dead, and addressing the departing soul in this way is forbidden.

As I looked at the aging congregation in the Abbey, I was reminded of Fr Arlotto in the sixteenth century who built an elaborate tomb in the centre of his parish and inscribed it with these words. “Arlotto has built this tomb for himself and anyone who would care to join him”.  The Queen was ever Evangelist to the end and gave us the global Parish-Service.

Ivan Head reviews poetry for Quadrant and contributes his own poems from time to time. He was Warden of St Paul’s College in the University of Sydney for 23 years

8 thoughts on “A Commonplace Funeral for an Extraordinary Queen   ”

Woke Dudes with Mitres and Croziers