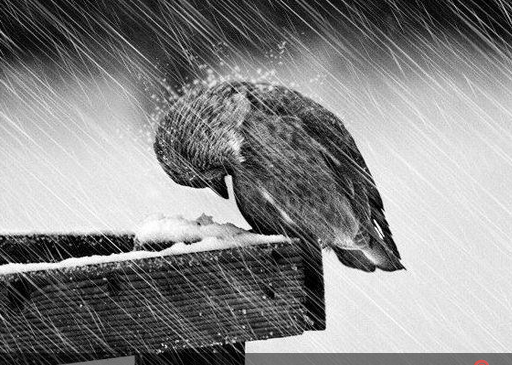 To say these are interesting times is a gross understatement. Bushfires, the Wuhan plague, talk of  catastrophic economic collapse — I turn 54 this year and cannot remember anything quite like these past few months. People are beating each other for rolls of toilet paper as shelf-strippers sweep through supermarkets like locusts. Were Quadrant readers polled and profiled, I suspect self-reliance and the primacy of the individual would figure large in the results, but now, perhaps more than at any moment in our lifetimes we cannot afford to forget our connectedness with one another. United we stand, as the saying goes, divided we fall.

Like many, I have received notifications that shows for which I purchased tickets are cancelled. Missing a night’s entertainment in and of itself is quite trivial compared to the suffering that others are enduring. Our opportunities to socialise and interact are being compromised. No water-cooler conversations because our offices are shuttered. No cheering a favourite team because the grandstands have been emptied by edict. Lectures cancelled, bars and clubs closed for the duration, and we simply don’t know how long that might be. I am not opposed to such measures but these actions have far reaching impacts.

Let’s follow the advice suggested by medical experts, but let’s also remember our humanity and connectedness. Each of us must find new ways to maintain our links with others, as our social/spiritual dimension is just as real and important as the physical/economic dimension. There is plenty that can be done.

Take Todd Boaden for example. Todd, a NSW firefighter, and his sister delivering groceries to their neighbours. To his credit, Todd is doing this while on annual leave. I believe what Todd and others like him are doing will have a powerful and positive ripple effect. Do you know anyone in your neighbourhood who could benefit from a helping hand? If so, offer it.

Perhaps one way to remember our connectedness with each other is to appreciate those working on the frontlines to combat the Wuhan virus and look after those affected by it. You may not be able to work alongside them, but remembering their efforts does enliven the connection we have with them. Think also of the many workers and volunteers who come into contact with hundreds or thousands of people each day, each a potential carrier of the virus that has stopped the world in its tracks. Or how about cleaners, who go about their jobs, if they still have them, risking infection without the acclaim accorded medicos and ER staffers? How about those who have lost their incomes; their ranks are growing daily. However miserable we might consider our own situations, to lose oneself in self-centered pity and frustration is a contagion that can only make things that much harder for all.

It seems to me there are two choices. To endure the inconvenience of self-isolation with a stoic resolve to remain part of the broader community, albeit if only in many cases via the internet. That’s the first option. The second is social media’s open invitation to join a mob bent on carping and criticising, to decry political leaders as villains too nasty or too dumb to do what is in the best interests of the public. It seems that many of the keyboard warriors who were tweeting ‘experts’ on bushfires just a month or two ago have traded their helmets for the lab coats of amateur virologists and epidemiologists. Many are telling Prime Minister Morrison what he should have done and be should be doing. It produces a sad spectacle, this twitter negativism, with its focus on abuse and blame — and precious little of what a society plunged into uncharted waters really needs: understanding and acceptance that, sometimes, politics and opportunistic partisanship help no one.

These reflections are only one man’s thoughts, but sometimes and for some changing our thoughts is enough. The theoretical physicist Max Plank once said that “when you change the way you look at things, the things you look at change.” Instead of seeing others as competitors, can we regard them as neighbours with the same basic needs, fears, and concerns as ourselves? The Wu Flu is not a virus whose clinical symptoms cause people to fight in the supermarket or abuse checkout workers. Anger and selfishness are not medical conditions, but they are most definitely aspects of being human. And here, as fear spawns ill temper, we might note Oscar Wilde’s Lady Bracknell, who observed that ‘we live, I regret to say, in an age of surfaces’. Self-preservation is fine, but not when manifested in shallow and unthinking pique, of reacting without thought in ways that hurt or disadvantage others.

Given that some sectors of the public have politicised this virus and are ready to crucify Mr Morrison for his alleged mismanagement of it, should we not be surprised that he is careful in making decisions and does so slowly at times for fear of criticism? My advice to the critics: hold off for a while and allow that we are in unknown territory. True, some decisions may prove in time to have been the wrong ones, but as WHO’s Dr Michael Ryan has put it, it is quick responses that are needed, not perfection. “If you need to be right before you move, you will never win,” he said. “Perfection is the enemy of the good when it comes to emergency management … The problem we have at this moment is that everyone is afraid of making a mistake.”

Surely a better use of social media would see a recognition that it should be about being, well,  social, not antisocial. As columnist Janet Albrechtsen distilled it, “There are a million different ways that social media could be used as a force for good to make up for its toxic, useless past.”

As was seen during this latest bushfire season and so many others before it, Australians are capable of working together, enduring together and overcoming together. We can — we must — do so once more. It’s the Australian way.