Sir Joh Would Be Proud as Punch 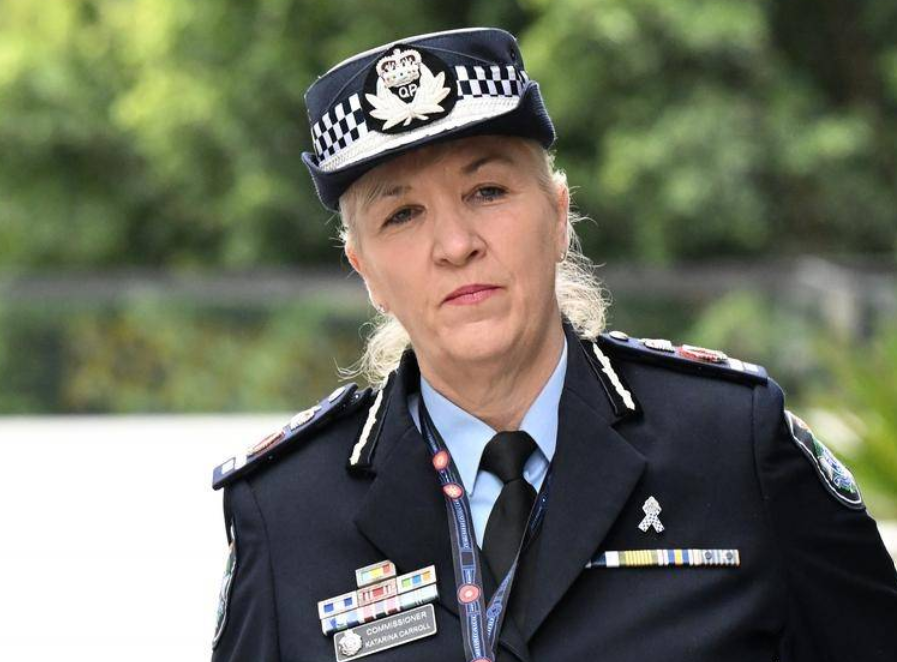 It is usually best to ignore politics in Queensland — a state that thinks it needs only one house of parliament is inherently dodgy to begin with. Yet sometimes the land best known for banana bending, skin cancer and a funny little thing called the Fitzgerald Inquiry regurgitates something so egregiously wrong that it would make even Daniel Andrews blush.

Thanks to the Independent Commission of Inquiry into Queensland Police Service responses to Domestic and Family Violence, Queenslanders have for months been treated to regular oozings of faux-compassion from Premier Annastasia Palaszczuk and her gaggle of ministers and backbenchers pretending to care about abused women.

However, despite that Inquiry’s utterly damning revelations, Queensland’s first female Police Commissioner, Katarina Carroll (above), seemingly remains a protected species. In fact, in response to what became more a review of QPS culture than an examination of whether police are responding effectively to domestic violence callouts, Princess Annastasia – in between looking for red carpets to pose on — has assumed the role of Ms Carroll’s cheerleader-in-chief. Amazingly, the Premier is so sure of her bestie that she is even able to make declarations of full confidence in the face of the Inquiry’s widely-reported suggestion that:

…Ms Carroll was either wilfully ignorant, or kept in the dark by her senior officers, or was deliberately obfuscating about her knowledge of the cultural problems in the QPS.

This is political chutzpah the likes of which has not been seen since the dubious days of Sir Joh “don’t you worry about that” Bjelke-Petersen.

Meanwhile, Queensland Police Minister Mark Ryan has been largely silent except when it comes to parroting what his boss says and howling for the resignation of male officers who use ill-chosen and off-colour language. Were those officers good at their jobs? Doesn’t matter. Strangely, as glaring problems within QPS have been laid bare, the only heads that have rolled are ones who – to an outsider, at least — look suspiciously like senior officers capable of challenging the aforementioned Commissioner.

Time after time, Palaszczuk has declared her complete faith that Queen Kat is the right person to lead QPS into some brave new era of extremely expensive strategic plans to become fully woke. Reportedly these are being ‘informed’ by the PricewaterhouseCoopers chief ‘diversity, inclusion and wellbeing’ officer and a team of ‘cultural experts’. We can rest easy, because  policing the use of certain words will obviously give frontline police the tools they need to hold violent offenders accountable and protect victims. You know, that thing the Commissioner hung her hat on delivering when she took on the job.

Apparently, though, ‘the system’ is to blame for all problems. As it always is when things go horrendously wrong under the leadership of any woman who Labor hand-selects. But who sets the tone for ‘the system’ if not those who are appointed to lead it? Does anybody seriously believe that if Commissioner Carroll were a man she would be allowed to hold on to the top job? Come off it. There would be a relentless chorus of fiery political indignation and daily demands to ‘do the right thing’ and resign.

So why the overboard protestations of confidence?

One look at the intellectual wasteland of the Queensland Government and the sycophants it shunts into senior bureaucratic roles says everything. Behold, a shallow and uninspiring bog of talentless women whose reach far exceeds their grasp and whose egos trump any capability they possess to do anything other than self-servingly bang on about gender equality.

If gender equality means that women can be as rewarded for incompetence as men, I’d say Queensland has well and truly surpassed that goal. Quick, somebody tell the United Nations to give them an award.

What a remarkable knot Queensland Labor has tied itself in. After making such a public show of its please-vote-for-us-and-not-the-Greens ‘progressive’ values and using those to paint the opposition as misogynistic relics, there is no way a Labor Government can ever be seen to remove a woman from an appointment that it made with such great fanfare about its commitment to ‘advancing women’.

Now Labor are stuck with a debacle of their own creation and determined to say and do whatever it takes to convince the public that there is nothing to see here, so move on. Their only way out is to wait a suitable amount of time and then ‘promote’ Ms Carroll into a prestigious sounding job that carries little real importance. This is what happens when a government jumps on the gender bandwagon not only because it thinks it has found a way to court ‘the women’s vote’, but because it is simply too lacklustre to come up with anything better.

Here’s an idea: try acting with integrity for a change. Ah, but integrity takes courage, and courage has long since taken a back seat to self-interest in the Sunshine State.

Sir Joh would be so proud.

Lillian Andrews writes about politics, society, feminism and anything else that interests her. You can find her on Twitter @SaysAwfulThings

8 thoughts on “Sir Joh Would Be Proud as Punch”

Sir Joh Would Be Proud as Punch