The West gets Avatar‘d and Feathered 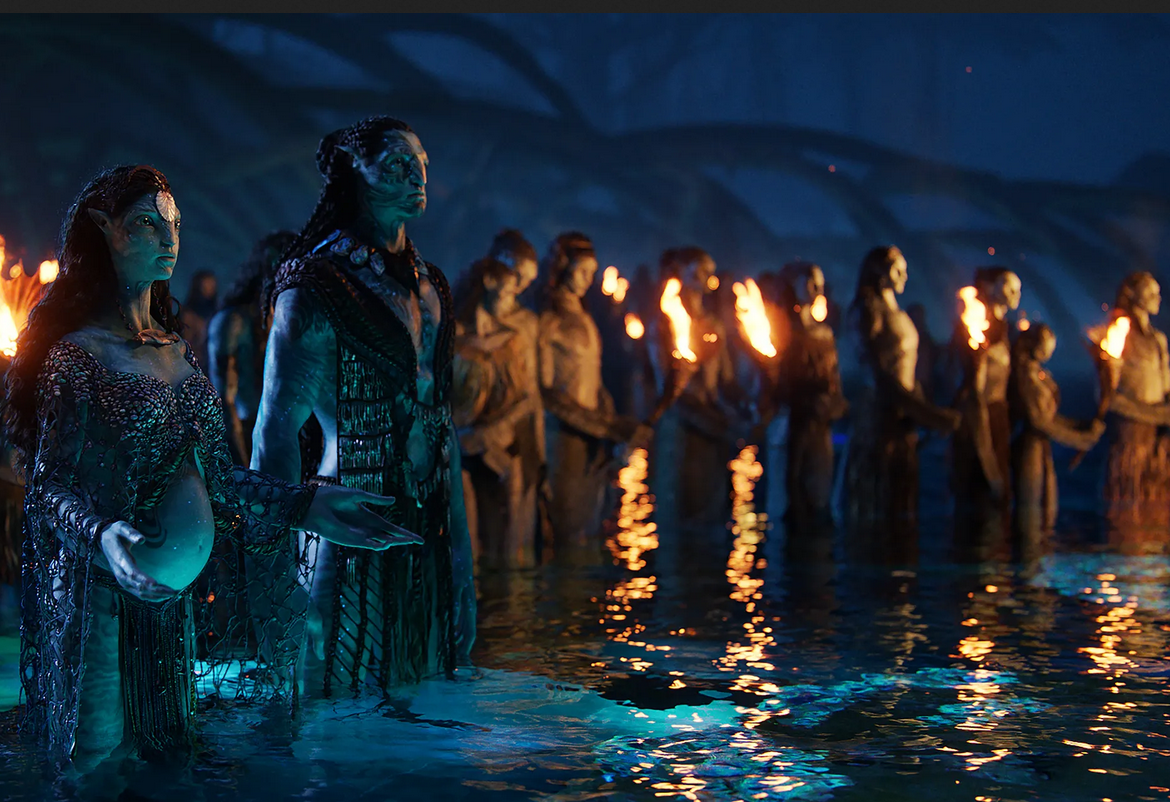 Any Quadrant readers forced like me out of family love to sit through Avatar: The Way of Water will know what a piece of silly anti-Western propaganda it is.

The Merriam-Webster online dictionary includes one definition of an avatar as ‘an electronic image that represents and may be manipulated by a computer user’. If Director James Cameron is the ‘user’ in question, it certainly meets this description.

For those not familiar with the movie series, the storyline is simple and unsubtle. The inhabitants of earth have come to mine and colonise the planet Pandora inhabited by a human-like (if you overlook the tails) native people whose fragile existence is under threat. It’s just like the colonisation of native lands by Europeans, geddit?

It is a story without nuance. Except for a scientist or two, the colonisers from earth (mostly white and male) have no redeeming qualities. They want money and control and will indiscriminately destroy anything to get it. They seemingly have no interest in beauty – their new colony on Pandora is bereft of any greenery or elegance. They have no families or ties of sentiment. What they have in abundance is technology, which is violently put to their selfish ends. They are a caricature of Western colonialists.

In contrast, the native Na’vi of Pandora are full of dignity, goodness and kindness. They are (of course) in the closest harmony with nature to which is attributed pantheistic goddess-like qualities. While deeply threatened by the technology-bearing earthlings, they are always superior in battle unless the odds are ridiculous, and their alternative medicine nearly always works a treat. Unlike the earthlings, they are shown to have families, rituals, morality, and a meaningful past. If there is conflict, it is always because there are two legitimate opinions or just the natural foolishness of the young. The elders are always noble and wise.

There are no shades of grey: we are meant to despise the people from earth and to love the Na’vi. In other words, despise ourselves as Westerners and to feel great shame that something so beautiful as the pristine world of the noble savage should have been violated by us.

However, it tells us something important that, in order to achieve this emotional affect, Cameron had to resort to the most absurd and condescending stereotypes. Europeans, especially the British, did not merely come to plunder and rape but to build and settle. They were not devoid of sentiment, law or history but brought each of these with them in the civilisation they created. They were also able to create the possibility for human habitation far beyond what pre-industrial societies could achieve.

Likewise, the life of the native peoples possessed no such magical perfection as the Na’vi. They were not free societies and typically deeply patriarchal. The individual was subordinate to the whole. They had limited capacity to innovate and increase their population, so death rates had to roughly equal birth rates.

Of course, these stereotypes are Western inventions, however much they have been co-opted by indigenous activists since. They illustrate the delusion at the centre of much liberal thought and the campaign for the Voice: Aboriginal disadvantage only exists because of us terrible Westerners, so if we just get our foot off their neck then voila: either a return to the life of the Na’vi or some beautiful Wakanda-like fusion. Anything to avoid the truth that indigenous culture itself must transform to successfully deal with modernity.

There is a further irony in Avatar. The movies actually strongly endorse a conservative life: respect for elders, the law and the past. The passing on of stories and tradition. The focus on the family and the good of the whole community over the individual alone. Even despite the obligatory and absurd equality between men and women in battle, the characters are distinctly male and female, not only in how they look but in their behaviour, including innocent flirting and courtship. The film ends with Jake Sully repeating ‘a father protects. It is what gives him meaning.’ A more conservative line could hardly be spoken. Ironically, all these values in the West have been repeatedly attacked and undermined from the Left in the last 60 years if not longer, to our society’s great detriment. Cameron himself claims testosterone is a ‘toxin’ that has to be worked out of the system. So much for fathers.

Of course all this Avatar conservatism is clouded by the ever-present Western self-loathing and the delusion of the noble savage. But if a moderate conservatism could (again) be cultivated within the conditions of modernity, that could offer hope for all Australians, regardless of their pre-1788 histories.

10 thoughts on “The West gets Avatar‘d and Feathered”

Delusions blossom in the ashes of Labor’s defeat

Sold Up The River