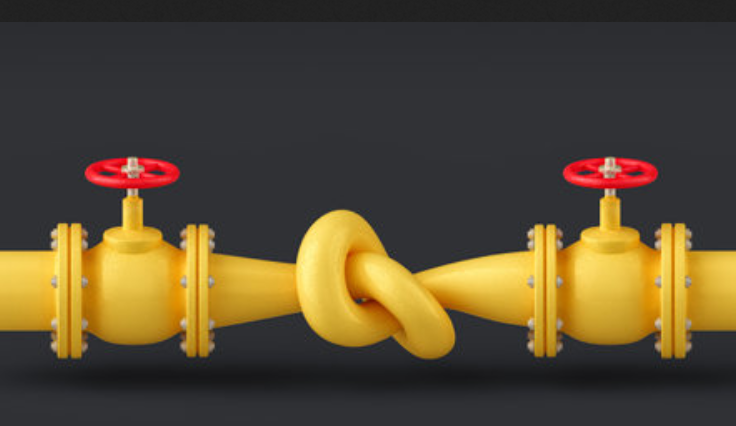 No relief on the horizon for world energy prices. More Angst for Albo. The Energy Information Administration (EIA) has forecast that natural gas prices will spike upwards in the U.S. in coming months. Not surprising; it’s the northern winter. Ditto for Europe. People get cold in winter. Chris Bowen has the answer: build more wind turbines.

I would suppose that a cessation of hostilities in Ukraine would help. But that seems unlikely. One side, Russia, cannot lose. The other corrupt state is being buttressed with a continual supply of high-tech weapons from America. Result, bloody stalemate. America has deep pockets and can go on handing out weapons indefinitely. And why do that? Cui bono leads to the military-industrial complex. Lots of loot being made, and no doubt also by war profiteers inside Ukraine.

Never mind, the bright sparks in our government and in Treasury are flirting with taxes or price caps on natural gas, and perhaps coal, to lessen the pain of high energy prices on Australian businesses and consumers. What a Labor government does, a Labor government does. With exceptions (the Hawke-Keating government, for rare example) economic irrationality and illiteracy is common fare. Treasury, on the other hand, used to have a reputation for economic rationality and literacy. That reputation is long gone.

Ken Henry, at the wheel in the aftermath of the 2009 financial crisis, dealt it a deadly blow with the over-the-top fiscal response to the crisis and, then, that idiotic and infamous Resources Super Profits Tax. Now we have Steven Kennedy trying to outdo Henry. Look at this reported comment; and no, it is not the ACTU spewing out leftism, or the Fabian Society, The Australian Institute, The Monthly, The Conversation, or the ABC.

“The current gas and thermal coal prices increases are leading to unusually high prices and profits for some companies; prices and profits are well beyond the usual bounds of investment and profit cycles… Policy responses could take many forms but in the current circumstances of generalised price pressure, they need to be mindful of not contributing further to inflation. This would suggest to us [him and his lefty treasury mates?] that interventions that directly address the higher domestic coal and gas prices are more likely to be optimal.”

What does this bolshie (“profits are well beyond the usual bounds”) statement mean? I take it to mean that he is advocating price caps. Maybe taxes? This is quite extraordinary stuff. It is an intrusion into the political debate and a half-baked one at that. Half-baked because it is not completely clear what he does mean; or, if indeed he means price caps, what they would look like and how they would be implemented and policed.

In a saner, more disciplined world, Treasury might well come up with several well-defined options to deal with high energy prices, rigorously examine the potential consequences of each, and present the results for the government to decide. We no longer live in that world. We now live in a world where the head of Treasury goes around half-cocked hinting vaguely about what might be optimal policy. Optimal, now there’s a concept to conjure with. Optimal for whom?

One piece of reading which I would recommend to public-sector economists is Frédéric Bastiat’s short book, That Which is Seen, and That Which is Not Seen. In fact, I would make it required reading. Price caps or taxes have consequences, not all of which are readily visible. In this case, those consequences are potentially messy. (http://bastiat.org/en/twisatwins.html)

Take price caps. Natural gas and oil are supplied onto the domestic and foreign markets. I assume, Ttreasury would not suggest imposing price caps on gas or coal sold offshore. Thus, a price cap on domestic supplies will encourage companies to restrict domestic supplies and sell more offshore. Not what’s wanted. So, a domestic price cap will need to be supplemented with enforceable rules to require companies to supply their product at less than the price obtainable on the world market. Hint: this is a clue as to why socialism inevitably leads to despotism.

How much product must be sold at below-market prices is a question, and at what specific below-market prices and for how long? How are the required domestic supplies to be divvied up between suppliers? These are some of the questions. Here are some more. Will price caps deter production by making the extraction and delivery of some marginally profitable supplies uneconomic? In the longer term, will they deter development? Capricious taxing by governments does not instil confidence in those contemplating investment – often spending billions of dollars in hopes of earning profits “well beyond the usual bounds.” Something of which we now learn treasury mandarins disapprove.

Taxes have their own complications. How much, on whom. Dispensed how much, to whom. Taxes too do not fall wholly on the taxed entity. The incidence of taxes is hard to forecast. In general, they fall partly on shareholders, on suppliers, on employees and on customers. And it’s hard to tell who’ll bear what. In this case, the Japanese are apparently worried that some of it, as buyers of natural gas, will fall on them. I suppose it would unless they have contracts which prevent this happening. More sovereign risk for future overseas investors to worry about.

An option worth considering: inspire confidence that elevated energy prices are temporary. If that were the case, most businesses and individuals could handle it. This could be best done by freeing the development of oil, gas and coal. Some of that development could be reserved for domestic consumption. Nothing amiss in that, provided those are the rules from the start. Santos’s Narrabri gas project, for example, is committed to delivering all of its gas onto the domestic market.

A small problem. Narrabri is now 14 years and about $1.5 billion in the making and still not finally approved. You simply couldn’t ever, ever make it up. Why isn’t Kennedy loudly and persistently broadcasting the economic madness of governments complaining about price rises while restricting supply. Now that’s squarely in the remit treasury; of any economist who understands how free markets work. How many of those are still in treasury, I wonder.

Trigger Warning: A Story Not Quite True

Our History, Minus The Cant