To Her Detriment, the Lady Was for Turning 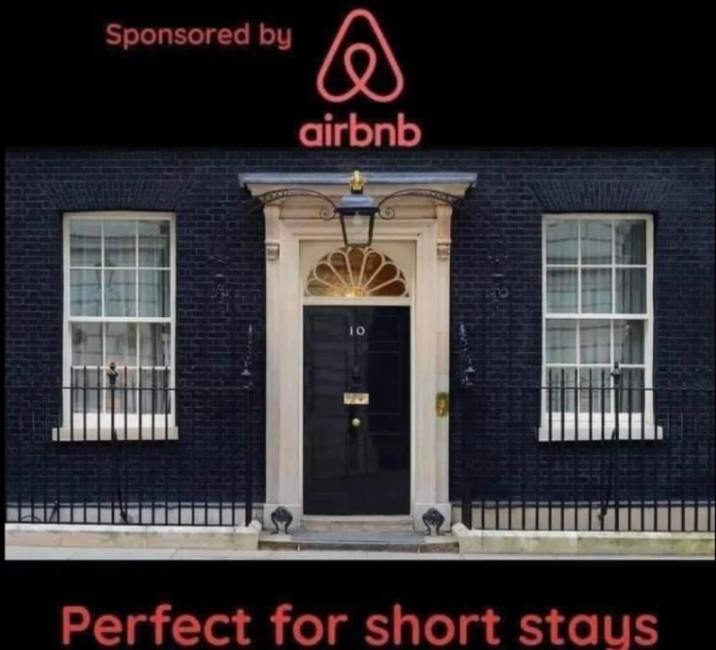 A view from a distance has its advantages. For example, if I still lived in my suburban birthplace in Liverpool, England, I would be surrounded by people who detest Tories. Anthony Albanese would feel at home. On the whole, it’s a city which contains lots of people who, for no good reason, have a general feeling of being persecuted by toffs in London who, of course, are all Tories to a man and woman. It’s pathetic really, but then again Liverpudlians have a lively sense of humour which more than makes up for their persecution complex. And, to boot, they have a great football team. For the avoidance of doubt, Liverpool FC.

My point. The demise of Boris Johnson would have been mostly met in Liverpool with cheers. A step closer to the saving premiership of Labour’s Kier Starmer. Me, I couldn’t see it. Exactly what had Johnson done so relatively soon after a thumping election victory?

You will recall his visits to a few late-night staff parties at Number 10 during the useless and debilitating lockdowns. And maybe he obfuscated and fibbed a bit when the pictures catching him in the act came out  But really, how trivial in the life of a nation!

Then there was the question of whether he knew about Mr Pincher’s penchant for groping men in the Carlton Club before appointing him deputy chief whip. Did he indeed refer to him as Pincher by name, pincher by nature, as alleged by former and disgruntled chief of staff Dominic Cummings? And if he did, what does it matter? Personally, I don’t see why groping a few grown men disqualifies anyone from political office. I suppose it might depend on how aggressive was the groping. I would draw the line at persistent groping of women, or any groping of boys or girls. But grown men at a club?

In a previous Quadrant piece, I suggested that the poor polling at the time was the real reason Boris met his end. Things survivable when riding high can do you in less felicitous times. But how his fair-weather colleagues would like those polls now. A selection of recent polls has the Conservatives trailing Labour by between 30 and 40 percent.

I am an incurable sexist. I admit it. I felt sorry for Liz Truss, despite her poor speaking voice, where I wouldn’t have given a fig for a man in the same situation. Particularly one with a regional accent. Apparently, her economic policies led to turmoil on financial markets. Lowering taxes caused tremors in The City. The pound fell and bond rates rose on inflation fears. Instead of staying the course – or trying to – she sacked her chancellor and apologised. Not made of steely Thatcherite stuff. Gone, it seems, are the conservative political giants of yesteryear. That aside, little did Truss know that the 1936 version of John Maynard Keynes lay behind her demise.

Keynesianism is a major and persistent problem. It’s followers, almost all of the great and good, including central bankers and wallies in the financial sector, see reduced taxation as putting more spending power in the economy. They are besotted with the spending side of economies. Donald Trump crashed through this superstition, as did Reagan before him. But then they were Trump and Reagan. Reduced taxation, as they knew, encourages and rewards economic development; stimulates the supply side of economies. Of course, Truss’s instincts were right too and it’s a great pity she neither had the strength of character and, to be fair, nor the resolute support around her to carry it off.

It’s not so hard. The times are made for conservatism. They always are, but particularly in today’s world in which fringe causes monopolise the public square and irrational fears of climate change drown out common sense. Workers out there – what the Americans call the middle class – are crying out for conservatism. Without, it’s true, quite knowing that they are. The message has become confused as pantywaist liberals have infiltrated centre-right parties. Just look around Australia.

Surely if Truss’s replacement embraced conservatism and brought the party along, that individual, whoever it might ideally turn out to be, would be a shoo-in at the next election. Fat chance, of course. In any event, you might think I’ve constructed a wish list which is totally out of steps with the times. Well, go down it and measure Trump against it. He stands up fairly well. Yes, but he lost the election to Biden. Maybe. First, it took the full unremitting power of the media and institutions of state, including the FBI, to bring him down. And if you think Biden got 81 million votes (versus 66 million for Obama in 2012), I’ve got the Harbour Bridge to sell you.

30 thoughts on “To Her Detriment, the Lady Was for Turning”

Race is One Thing, Good Manners Quite Another

Trump and Russia: The Endless Beat-up

The Appeal of the Appalling