Russia, Ukraine and the Rest of Us 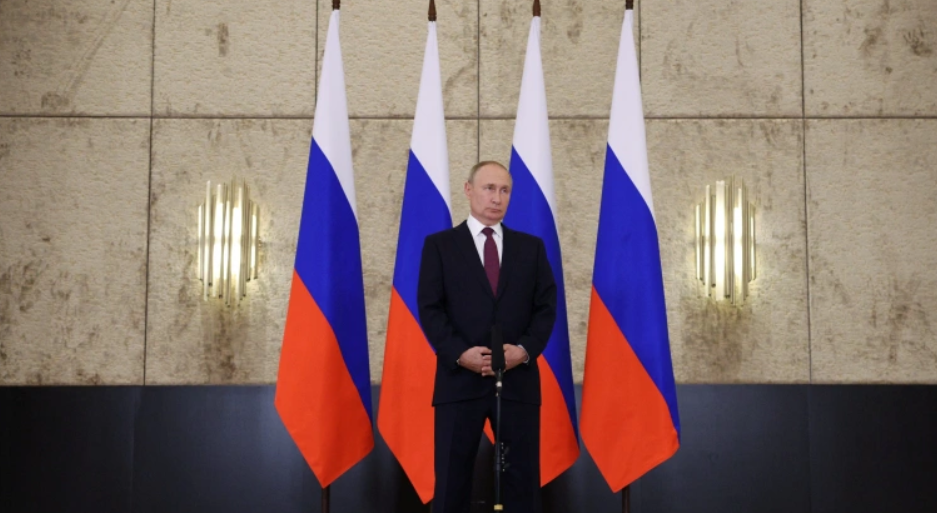 I have been struck by some of the comments on Michael Galak’s excellent piece. Some seem filled with contempt and hatred for Ukraine. Keen to focus on corruption in Ukraine, the very same scribes appear oblivious to a far greater level of corruption in Russia, headed by a gangster regime hell bent on the restoration of the empire.

The Russian imperial impulse both predates and postdates the Marxist-Leninist period, a constant of Russian history. Russian communism, a messianic quasi-religious ideology, simply amplified the Russian imperial mission under the cover of the Soviet Union. Most Quadrant readers will know that the USSR consisted of sixteen supposedly equal soviet socialist republics. However, Russia was the first among equals. Students of Soviet history will know what that meant.

Putin, the former KGB case officer in Dresden, East Germany, received a thorough indoctrination in Marxist-Leninist ideology at a level of devotion far above that of my Lithuanian-born wife who, when studying medicine in Kaunas, had to pass an exam in Marxism-Leninism, a kind of doctrinal coming of age. My wife and her friends saw this as no more than an enforced surface conformity. It is hard to believe that a dedicated KGB officer could be similarly cynical. Without delving into the mind of Putin, we can discern strong threads of continuity in Russian history, both its sense of imperial mission and its internal power structure of power. Variously inspired by Ivan the Terrible, Peter the Great and Joseph Stalin, the common denominator is imperial power expansion. We may surmise that Putin’s real complaint against the early Bolshevik regime was its signature of 1918’s Treaty of Brest-Litovsk which obliged Russia to give up close to half its European territory — Russian Poland, Lithuania and part of Latvia.

We can also surmise that Putin is far less interested in Christianity as such, than in the role of the Russian Orthodox Church, headed by Patriarch Kirill of Moscow, a longtime KGB agent, in the Russian imperial project. After all, even Stalin allowed the Orthodox Churches to reopen during the Great Patriotic War against Nazi Germany. Notwithstanding the nonsense spouted by some soft isolationists in the West, Putin’s closest allies — Iran, North Korea, China and Cuba — are the most vicious anti-Christian regimes on the planet. And yet we are urged by some useful idiots to elevate Putin as some sort of anti-woke defender of traditional religious and family values.

Other soft isolationists, such as Fox News’  Tucker Carlson, propound a moral equivalence argument, basically that Ukraine is as bad as Russia. So why should we be involved, sending Bushmasters and moral support? On the geo-political level, China is carefully calibrating our response to Russia’s invasion of Ukraine. As both Geoffrey Blainey and Victor Davis Hanson  have pointed out, the decision to launch wars is a matter of calculation of risk and reward. Our relatively robust support for Ukraine may be a deterrent to China. A non-response to Russia, as suggested by the likes of Tucker Carlson, would be a green light for a Chinese attack on democratic Taiwan. The geo-political fallout from a successful attack would be devastating.

I will not waste my time assailing the more moronic labels of Ukraine as neo-Nazi. Ukraine is not a perfect civil society. Then again, the governance of the newly restored independent Baltic states in the early 1990s was far from perfect. However, the election which saw the election of Zelensky was open and competitive. The former and defeated president Petro Poroshenko, still takes an active role in Ukrainian politics and actively supports resistance against Russia. At the very least, we don’t see opponents of Zelensky in jail, poisoned, falling out of windows etc. As for those who continue to rave on about Ukrainian Nazis, take a close look at the Wagner Group. Come on, I dare you.

I will not traverse the same ground already well covered by so many able commentators. Let me commend the article in the latest Quadrant by Daryl McCann. However, I want to deal with some unhelpful commentary by some with whom, on other issues, we might share common ground.

Step forward Tulsi Gabbard. She has become something of a star on the populist right since her defection from the Democrats. Now many of her comments on the woke disease are spot on, but when denouncing warmongers and accusing Biden of leading us into nuclear war, she is talking nonsense.

We can all see clear signs of Biden’s cognitive decline. Prior to the invasion, Putin not only miscalculated the Russian army’s military prowess and deluded himself that the Ukrainian population would welcome the Russian troops as liberators, he also interpreted Biden as weak and indecisive, for which none can blame him: the  craven cut-and-run from Afghanistan, which left much valuable military equipment in the hands of the Taliban and the idiotic pursuit of a nuclear deal with Iran being but two examples of the policy fog in which the current White House operates. In the broader view, as observed from the Kremlin, we see the American and West European obsession with the so-called climate emergency and the pursuit of unreliable renewable energy whilst reducing energy independence and increasing reliance on Russian oil and gas. An increasingly woke West would not offer serious resistance, was Putin’s surmise, and which seemed initially to be an accurate appraisal. Remember, Biden’s first response to the Russian invasion was to offer safe passage out of Ukraine to Zelensky and his family.

Joe Biden’s perceived weakness was the provocation, not his imagined senile belligerence. It is deeply ironic that the Democrats who produced leaders such as Obama and Hillary Clinton,  wedged themselves into an anti-Russian position via the Russian-collusion narrative against Donald Trump. We might say that this was one good outcome of the collusion hoax. We forget that it was the Obama Administration which denied effective arms support to Ukraine in the aftermath of Russia’s seizure Crimea in 2014 and invasion of Eastern Ukraine. We might add that Biden and other Western leaders were dragged by public outrage into a more robust response.

In relation to the supposed nuclear threat from Putin, we see a new variant of that old “better red than dead” argument. If we follow the argument of the likes of Tulsi Gabbard, Putin only has to raise the spectre of a nuclear response for us to run up the white flag. The Minsk Accords, co-signed by Russia, accorded international legal recognition of Ukraine’s national territory, including Crimea and those parts of Ukraine now illegally annexed by Russia. Russia illegally seizes another nation’s territory and threatens nuclear war against defenders of legal sovereignty.

What next? An attack on Estonia and Latvia with their large Russian minorities? What say the soft isolationists? Is the Russian nuclear threat a veto on any effective response to Putin’s aggression? Would this not signify the death of NATO? Tulsi Gabbard, Tucker Carlson and other like-minded isolationists, you are fools.

28 thoughts on “Russia, Ukraine and the Rest of Us”

The ABC’s Department of Obfuscation