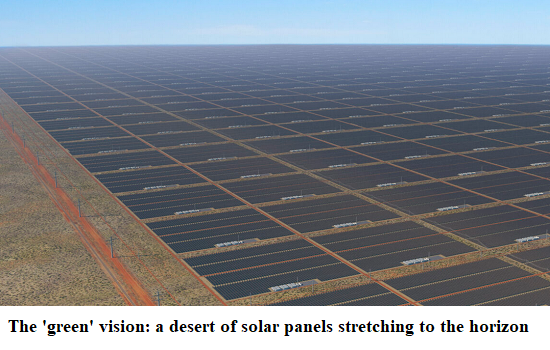 It’s a truth which should be universally acknowledged. Governments build up public debt in recessionary times when interest rates are low. As times improve, interest rates rise and the overhang of public debt becomes more and more burdensome. In turn, this makes it harder for governments to balance budgets and set about reducing debt. But it has to be done or the next economic downturn builds debts upon debts and failed statehood awaits.

This universal truth is why it’s far better for governments to change from Labor to Liberal during the onset of better times rather than the other way around. For example, Howard after Keating. Abbott, Turnbull and Morrison after Rudd and Gillard. Labour governments find it extremely difficult to cut spending. Their whole strategy is built around buying votes by spending taxpayers’ money they don’t have. It’s in their DNA. Thatcher nailed it. Of course, they’re good at taxing. But then that dampens development and growth which, in their Keynesian-soaked brains, means they simply have to spend even more. Do you see the problem?

Luckily, the pattern of right-of-centre governments replacing left-of-centre governments usually works out rather well. Usually, leftists mess things up, leaving rightists to clean things up. This way, democracy and prosperity survive flirtations with getting free stuff. I lived in Victoria when Jeff Kennett began repairing the mess left by John Cain and Joan Kirner. A perfect example.

The COVID virus changed all that in Australia. Morrison built up massive public debt to fund lockdowns. Leave aside the idiocy of government responses to a virus which threatened only the old and sick. The fact is, it has disrupted the natural pattern of fiscal things. We now have a Labor government with the task of cleaning things up. Save for enormous luck, it’s simply the wrong party for the times. It’s a mismatch; and yet another bilious aftermath of the putative plague.

According to the budget papers, the deficit came in at $32 billion in 2021-22. Gross debt was $895 billion at end-June 2022. Jump forward four years to 2025-26. What do we find? The projected deficit is just a little shy of $50 billion and gross debt $1.16 trillion. To me, this does not smack of budget repair. True, resource prices might still save the day, as they’ve done before. But, salutary reminder, not only can we rely upon a Labor government finding more things to spend money on, particularly if unemployment rises as projected, there’s the debilitating two-edged pall of green-energy spending. First, the sheer waste; second, the crippling effect on industry of replacing affordable and reliable power with unaffordable and unreliable power.

Take Rewiring the Nation, so-called. An amount of $20 billion is allocated in (tricky) off-budget financing. Ten thousand criss-crossing kilometres of ugly pylons and wires to upgrade interstate connections and carry power from far-flung wind and solar farms. That it won’t happen is scant consolation. It won’t happen because there is insufficient spare skilled manpower; because people won’t accept the ugly despoilation of their landscapes; and because relatively few of those far-flung wind and solar farms (to connect to) will ever be built. It is assumed that power from utility-scale wind and solar will increase ninefold by 2035; in less time than it took to get to where we are now. It’s pie-in-the-sky.

Even Bob Brown doesn’t like wind turbines. Well, in his backyard anyway. Ditto for everyone else and their backyards, unless they’re paid off handsomely. The tourist town of Mudgee in NSW isn’t keen on a solar farm being built nearby. “Nobody is against solar, it’s just about the location,” Business Mudgee President Ali Broinowski, reportedly said. Precisely, NIMBY.

Let me introduce a new law. Machines which despoil the environment, which require ongoing subsidisation, and which regularly fail to perform will eventually be discarded. Unfortunately, while the racket is going on — supported by activists, carpetbaggers and useful idiots – coal, oil and gas will be undermined. Coal-fired power stations will be decommissioned and demolished. Enormous regulatory obstacles and green lawfare will be applied to stymie the development of new sources of oil and gas.

The worst of all worlds awaits. While green-dream projects, just like Snowy 2.0, will incur massive scheduling and cost blowouts, and at best produce halting, intermittent and expensive electricity. Readily flowing, 24×7, cheap electricity will be lost from the system. Vandalised. You couldn’t make it up. But that’s where the madness of crowds led by agitators and rabble-rousers can take you.

A Digression On Titles

How to Watch 4 Corners