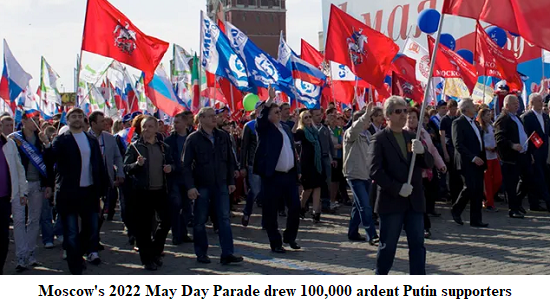 Justice, justice you shall pursue. — Deuteronomy 16:20

What do the abovee words have to do with Russia’s invasion of Ukraine? Surprisingly, a lot. This essay is about some of the reasons a significant proportion of Russians justify the country’s assault on a neighbour. Let me note by way of illustration one indicator of Vladimir Putin’s support at home: some 80 per cent of Russians over the age of 65 back the invasion all the way. In terms of numbers, that one slice of the Russia’s demographic pie is close to the entire population of Ukraine.

But first – some history. Think back to 1968, when the Soviets invaded Czechoslovakia; Russia and China clashed over a tiny Amur River islet called Damansky; the Vietnam War was in full swing, and the Beatles were all the rage. Western Europe was demonstrating against the neutron bomb, nuclear energy and Pershing missiles. The Soviet Union was at the apogee of its might and seemed likely to remain that way forever.

But it was entirely a nation populated with contented comrades. A tiny group of dissidents was demanding the Soviet government obey its own laws. They were getting jailed, exiled, locked up in labor camps and psychiatric hospitals. The rest of the population thought them silly at best, hooligans at worst — deluded Don Quixotes challenging the windmills of Soviet progress. Meanwhile, the country was slowly stagnating, awaiting ‘perestroika’, while finding solace in cheap vodka and  ice hockey on national TV. 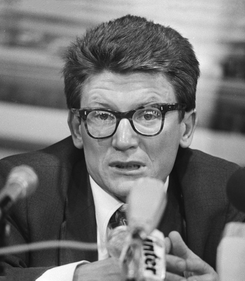 One of those dissidents, Andrey Amalrik (right), had the temerity in 1969 to write a small brochure called Will the Soviet Union still exist in 1984? – implying that it would not. Amalrik was sentenced to a long term of imprisonment in a labor camp and soon thereafter died.

Amalrik’s prescience is truly astonishing – he called it almost exactly right. The USSR ceased to exist in 1991. However, this brochure contained another, even more astonishing prediction. Amalrik was one of the first contemporary writers to recognise some of the idiosyncrasies of the Russian mindset being an obstacle to European integration. He prophesied that, even after the fall of the USSR, the Russian people would find it extremely difficult to integrate into the market economies of the Free World. The reason for this belief was his knowledge of the Russian mindset. To be precise, this belief was based on the traditional Russian concept of justice, known as Spravedlivost.

This notion of justice could not be more different from that which prevails in the West. Let me give the example of  an old Soviet-era gag to illustrate how the same concept can mean different things to different people:

Q: What is the difference between a Russian pessimist and a Russian optimist?

Spravedlivost translates with a similar inverting of meaning. It is not quite, as one might assume, a concept of fairness, equity or morality. Rather, it is a deceptively simple concept: nobody should have more than I do (especially those weaker than I). If someone or something has more than me it is self-evidently unjust –  ‘nespravedlivo’. An example of this construct is a comparison of quality of life in Russia with that in the West. Many Russians honestly believe that the Western lifestyle, when compared with that of Russians, is unfair. This resentment meshes perfectly with the near-universal conviction that the perfidious West is forever plotting against and victimising Mother Russia, undermining her right to well-deserved greatness. This cocktail of envy, suppressed rage and determination to prove and be recognised for one’s superiority comprises an explosive emotional mix that is wide open for manipulative persuasion.

The ordinary Russians’ reaction to international travel is another good example. Suddenly, after the USSR’s collapse, the borders were opened and Russians from all walks of life could travel the world. They felt shocked and humiliated by what they saw. They observed for themselves Western society’s smooth functioning, its comfort, cleanliness and well-ordered structure – everything Russia so badly lacked. The reaction of many ordinary Russians to the obvious superiority of the Western lifestyle was one of anger and aggression. Instead of accepting reality and learning from it, a significant proportion of Russians reacted with resentment of the West. They regarded this superiority as unjust, as ‘nespravedlivo’.

My Australian-born friend, a life-long fan of Russian culture, wrote to me recently of his

…sorrow, deep sadness for the nation that gave us Tolstoy, Dostoevsky & Tchaikovsky … What 100 years of totalitarianism, be it Marxism or rampant “free market” authoritarianism has done to the minds of the Russian people? Perhaps, in the 2030s, a new Russia will arise … We can live in hope

A similar sadness was invoked when the extent of the Nazi Germany’s barbarity, coming from the country of Goethe, Beethoven and Bach, became common knowledge. I share my friend’s sadness, but I am afraid the dark chambers and green-eyed jealousy of the collective Russian mind go far deeper than they appear to the Western observer.

There are other quirks within the national Russian mindset, tics entirely foreign to those imbued with Western sensibilities. Some of these were succinctly formulated by Nobel laureate Ivan Pavlov, he of bells and drooling dogs fame. Pavlov decried an utter lack of commonsense, a high degree of suggestibility, a lack of critical capacity and a reliance on words, rather than on facts, in the decision-making processes of his fellow-Russians. I suspect that this constellation of qualities is not uniquely Russian but that, under life in an autocratic police state, they were and remain the safest rules to live by.

As noted Russian political scientist Valery Solovey mentioned in one of his broadcasts, many Russians possess commonsense and an ability to think independently; what they do not determine is the civic atmosphere. More than 50 per cent of Russians derive all their information about the world from the government-run TV ­– with a predictable outcome. In a country where the government has a virtual monopoly on programming, intense censorship is the law and fear of repression is the reality. That there is strong support for the Ukraine war and, personally, for Mr. Putin is not at all surprising. This support is also sustained by the traditional responses of ‘circling the wagons’, ‘my country right or wrong’ and, most importantly, that this ongoing war is ‘just’ and must be prosecuted until victory is achieved. Not even the ample documentary evidence of Russian atrocities, destruction of civilian infrastructure, torture and mass executions cannot shake the confidence and fervency of these supporters.

The paradox this situation contains is not easily resolved. In my opinion, the convoluted, idiosyncratic nature of the Russian perception of ‘justice’ makes the majority of the population morally complicit in this criminal invasion and war. The tragedy is that even the brave Russians who actively and openly oppose the war (and who are getting arrested for their troubles) will be tarred with the same brush as the rest of their countrymen in the eyes of the world. The reputational and credibility loss for the entire nation will be enormous and long-lasting.

The time will come, or so one hopes, when the mind-numbing propaganda will be devalued by Russian defeat and Ukrainian victory. In time, the scales will fall off the nation’s eyes and the true horror of the crime committed against the Ukrainian people will have become apparent to all Russians. The nation will have to start its journey on the long and tortuous road towards moral redemption, as was the case with Germany after WWII. It will not, however, immediately reverse an upside-down understanding of the concept of justice as understood in Russia. This thought makes me less optimistic about the ability of the thoroughly brainwashed to re-enter the family of nations in the foreseeable future. I agree with Andrey Amalrik’s prediction. I can only hope against hope that both of us are wrong.