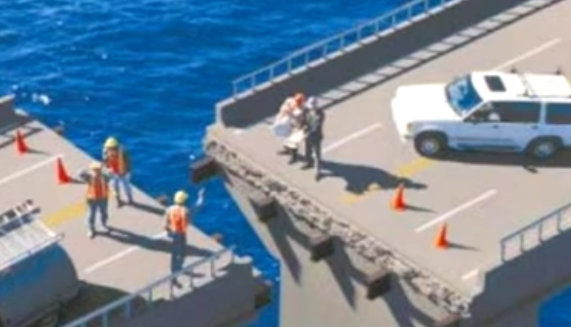 There are many ways to categorise jobs. Blue-collar jobs and white-collar jobs, for example. My favourite, however, is between those jobs where incompetence and failure are easily spottable and those where they are not. Examples of the former are airline pilots, brain surgeons, civil engineers and most trades. Examples of the latter are bankers, public servants and, sadly for us, politicians. In this latter group of jobs, incompetence and failure can fester for years upon years without discovery or penalty.

In case you think otherwise, the distribution of les incompétent among jobs is not random. Pot luck doesn’t apply when it comes to the degree to which the various jobs attract bunglers. For example, jobs which give people power over others, like policing, can attract thugs; as the Victorian police showed during the barbaric lockdowns. Similarly, jobs which disguise incompetence attract the incompetent. This isn’t some brilliant observation. It’s evolution in practice; the bleedingly obvious. Look at the leader of the Free World and his sidekick. Neither would survive very long in jobs demanding competence.

I don’t want to get conspiratorial at this point. However, it bears mentioning that bad intent can more easily hide among the incompetent than the competent. I mean, did that disaster, say soaring energy prices which badly affect the poor, result from incompetence or bad intent? Are the recent sharp increases in interest rates, which have put many young homes buyers into desperate circumstances, due to Reserve Bank incompetence or something else. Hold on, in this case, we can rule out something else. But how about some American prosecutors, helped to office by funding from George Soros, who continually let criminals go free to terrorise new victims. In this case, bad intent seems the much more likely explanation.

Thus, I was struck by two recently reported comments of the Prime Minister. How can they be characterised, I ask myself? This is the first; on the topic of the so-called Voice. “Of course, they [Australians] will know how it [the new body or third chamber] works, but the truth is it’s a pretty simple proposition.” And what is the “simple” proposition to which Mr Albanese refers? “The proposition is where matters affect Aboriginal and Torres Strait Islander people, then those people, First Nations people, should be consulted on it.”

Let me be kind. Albanese might not be the brightest kid on the block. A Bob Hawke he ain’t. At the same time, he must surely know that the proposition is not simple. I am a self-funded retiree, among other things. Self-funded retirees are not given any special status in the Constitution; nor are pensioners; nor are the sons and daughters of Greek or Chinese migrants. So, the question arises, why should any particular racial group be given special status?

Possibly, you could say that indigenous Australians past and present — note past as well as present — should be acknowledged, apropos Tony Abbott’s formula, in Australia’s founding document. Beyond that the proposition is not simple; it’s as complex as you can possibly get. Not just the detail, like who votes, how often, for whom, and on what does the whom have a say, and what kind of say? But, the very racist idea that a section of citizens with a particular racial background should have a greater say than others.

To wit, Article 1, Section 2 of the US Constitution, dealing with state populations as the basis for apportioning members of the House of Representatives among the states. As originally written: “…whole number of free persons [and] three fifths of all other persons [namely, black slaves].” How about this for part of a comparable new Article in the Australian Constitution:

…those who can’t establish Aboriginal ancestry are disallowed from any form of say in the ‘third’ representative body / chamber which nevertheless may make recommendations which bear on the rights and privileges of those unable to claim Aboriginal ancestry.

What, not even a three-fifths say?

Regrettably, I conclude that Albanese is being deliberately deceptive in pushing his political line. He is setting out to deceive. That is not just incompetence on this occasion.

The second comment was made in a speech at the ABC’s Ultimo headquarters, as part of the marking of the ABC’s 90th year. “A government that chooses to attack a public broadcaster does so motivated by either ideology or fear, or a toxic cocktail of the two … No government should fear the ABC unless it fears the truth,” he reportedly said.

Albanese must know of the intractable left-wing bias of the ABC. He must have seen countless Q&A episodes, the 7.30 Report, Sarah Ferguson’s hammy (un)exposé of the Putin-Trump non-entanglement, the one-eyed persecution of the innocent George Pell, etc. Albanese must have read at least two or three of Gerard Henderson’s masterly accounts of the staff collective, which is their ABC. It seems fair enough to say that on this occasion he’s being disingenuous.

I think we need to keep a weather eye on Mr Albanese. Sure, he may be limited and incompetent, and in that respect be little different to many across the parliament. And this may lead him into making extremely silly remarks, like the ABC being the bastion of truth. But he also might himself have a particularly loose attachment to the truth.

All politicians lie routinely, you might say. I simply don’t think that’s true. Lying isn’t saying something you have to back out of later when the going gets tough. Lying is deliberately saying something you know is wrong at the time in order to gain advantage. Of course, Albanese might  deny bad intent because his desired end justifies the means. Might have come across that before.