Morrison’s Sins Against Nous and Conscience 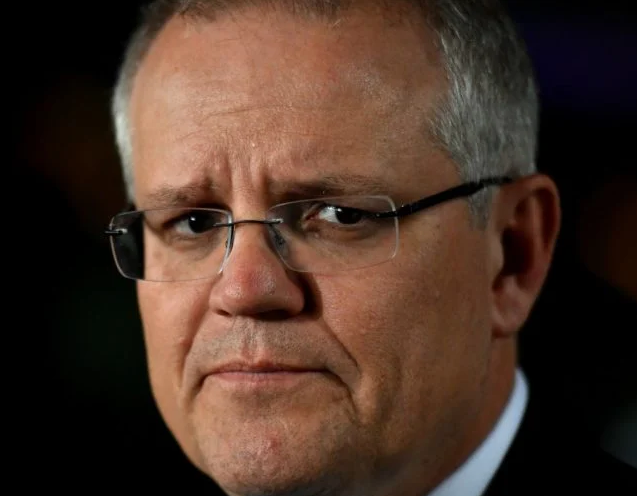 The fact that Scott Morrison lost the recent federal election is all the more remarkable when one considers Anthony Albanese’s spectacular flubs and failures throughout the campaign: not knowing the current unemployment figure and cash rate, being unable to relate his own NDIS policy, lying about his political and economic experience, sowing confusion about Labor’s border policy, believing Australia’s borders were still closed and routinely running away from questioning by the media.

On the basis of his opponent’s errors, it should have been the election for Morrison to lose. And he did, overseeing a more than 4 per cent swing nationally against the government with Labor also achieving its worst primary vote in 25 years. While the Liberal Party will clearly be engaged in some serious soul-searching for some time to come, here is my humble attempt to make sense of what went wrong.

Rather than being motivated by ideology or conviction, Morrison was driven by political pragmatism. As Rowan Dean wrote in The Spectator:

If you stand for nothing, you lose. That is the message from this campaign. If you betray your base, you lose. If you follow the siren calls of focus group researchers, you lose.

Whether you like or loathe the Teals, the point is they fought from a position of conviction. They stood for something and they won.

It is time for the Liberal Party to rediscover its conservative convictions and stop                pandering to the woke, touchy-feely left.

As we now know in no uncertain terms, appeasement will always open the sure path to defeat.

While there will be many on the Left who will argue that the Coalition should have done even more, Morrison oversaw one of the biggest-spending splurges in the history of this country. As John Anderson, a former deputy prime minister, warned more than 12 months ago, the Morrison government’s economic response to COVID-19 accumulated a mountain of debt so large it amounts to “inter-generational theft”.

Morrison went to the 2019 election promising legislation to protect religious freedom and then did … nothing.

Rather than making religious freedom a signature reform of his leadership, he in effect tabled the issue by passing it to Christian Porter. When Morrison did finally get around to the subject it was the eleventh hour — on the eve of his election campaign — and a classic case of too little, too late. Worse, the Liberals who crossed the floor advertised the divisions in Coalition ranks, much to the delight of Labor and its media spear-carriers.

If there was anything unprecedented about COVID-19, it was how all of the premiers became drunk on their own power in closing state borders. This was one of the main complaints in Rocco Loiacono and Augusto Zimmermann’s book Deconstructing ScoMo: Critical reflections on Australia’s 30th Prime Minister .

That book argues that Morrison capitulated regarding the fundamental rights and constitutional freedoms of ordinary Australians, especially by not standing up to Victoria’s Daniel Andrews, who found the opportunity to engage in Beijing-style authoritarianism just too enticing to resist.  He then further compounded this gross misstep by telling federal Parliament that it was the ‘right decision of the Victorian Premier’ to enact amongst the most severe lockdown measures seen anywhere in the world. For Victorians locked in their homes, subject to nonsensical curfews and unable to take their kids to the local park’s playground that didn’t polish any apples.

He might also have said something about the shameful treatment of Zoe Buhler, the pregnant mum infamously arrested in her pyjamas by VicPol officers who invaded her home. Her crime? Daring to question the lockdown measures by posting a Facebook notice of an upcoming protest.

In remaining silent while fellow Australians’ rights were not merely trampled but smashed, Morrison showed his unwillingness to defend freedom of speech, while his own silence about the months of abuses south of the Murray amounted to tacit consent. When VicPol was beating, gassing and shooting protesters with rubber bullets, did he feel even a fleeting urge to denounce such bastardry? It he did, no sound emerged.

Following from the previous point is the vexed ethical question involving freedom of conscience, most particularly as it relates to mandatory vaccination. For many this was a deal-breaker in and of itself. And, once again, Morrison’s silence was deafening.

There were a number of instances during Morrison’s tenure where matters should have been dealt with judiciously. But much like the religious freedom bill, the issue was kicked down the road for someone else to deal with. The circumstances around Andrew Laming, Brittany Higgins and Christian Porter were all notable examples of Morrison’s inability to decisively act when the situation called for him to do so.

Focus on the Higgins case. When Labor beat the tired old drum of this incident establishing yet again that Liberals hate women, Morrison might have responded that two people, both allegedly drunk in a minister’s office in the wee hours, warranted a matched pair of immediate sackings. Instead, adopting Labor’s language, he convicted the alleged assailant before the case even went to court. After that, Grace Tame enjoyed license to publicly insult the Prime Minister  to the cheers of the media.

Selling Out on Climate

Compromising on this particular issue was the proverbial straw that broke the camel’s back for many. Conservatives can put with a lot, but ideologically selling out on climate alarmism was for many the ultimate betrayal.

Attacking and resisting climate change alarmism had been the winning weapon at all previous elections since the landslide win in 2013.

Tactically, the switch was dopier than dopey. How could anyone believe the man who once brought a lump of coal into parliament but was now making like one of Gaia’s disciples?

Peta Credlin was typically prescient when she said on Sky News after Labor’s ‘thumping win’ in the South Australian election:

Probably the biggest lesson here, for Liberals across the country, is that you don’t  beat Labor by being Labor-lite. If voters have a choice between a big spending,  politically correct Labor Party. And an only slightly less politically correct and almost equally big spending Liberal Party. It seems that they go for the party that’s whole-hearted, rather than half-hearted, for bigger, more intrusive government. To win, the Libs need product differentiation from Labor.

Consistent with Morrison’s unwillingness to expend any political capital on matters of moral substance, the soon-to-ex PM simply refused to weigh in on the debates surrounding abortion and euthanasia. To his credit and as a lasting testament to his acumen, John Howard outmanoeuvred the Northern Territory’s euthanasia push by shifting the legal goal posts to a federal framework. But as South Australia, to cite one example, legislated for late-term abortion and assisted suicide, Morrison remained schtum. There can be no doubt that, as a Christian himself, he privately opposed such policies. Again, his silence was a gross moral failure, this time with a further measure of political cowardice added to the mix.

Inability to Read the Room

Morrison acknowledged late in the campaign that he could be “a bit of a bulldozer”, thereby intimating that voters could expect an entirely different PM, a kinder and gentler version, after the election. In this regard he effectively renounced himself. This was symptomatic of a persistent failure to read the room. Whether it was awkwardly grabbing hands during the Black Summer bushfires or going on a planned family holiday to Hawaii at the start of the national emergency, Morrison often failed to match the expectations which go with being a senior statesman.

That tin ear of his also goes a long way to explaining why so many centre-left and progressive Christians despised him. As Jonathan Cole, the producer of The Political Animal’s Podcast, explains:

Morrison is a classic Pentecostal, who (with apologies to my Pentecostal friends) wouldn’t understand the meaning of the word “subtle” if it slapped him in the face, is possessed of an utterly inexhaustible high-octane energetic optimism even when the  house is burning down around him, is overconfident in many respects and is thoroughly results-oriented in a rather pragmatic sense.

He is also a classic middle- aged bogan from the Shire. Put these two together and everything about him is designed to inspire the ire, if not the outright hatred, of an extremely ‘educated’ class that likes to think of themselves as cultured, is utterly obsessed with tone and rhetoric … Had Morrison been an atheist, the hatred would not have reached pathological levels

Did Morrison do Anything Right?

Yes, AUKUS for starters, and there are other feathers in his cap that will become more apparent as time sees the emotion of the election season subside.

But sadly, whatever happier appraisal of his tenure lies ahead, the fatal flaws remain. Australia’s first Pentecostal Prime Minister will be remembered most of all for his failure to defend freedom of speech, freedom of conscience and ironically, freedom of religion.

Get Thee Behind Me, Infernal Hacks