The Challenge and Opportunity of Adversity 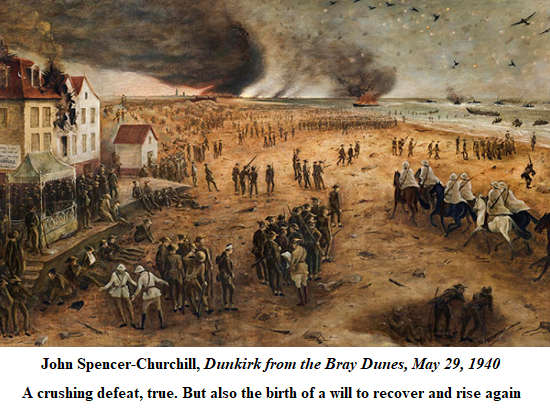 I was publicly silent during the course of the election campaign, although, privately, I was predicting a Labor victory to some close friends. In the aftermath of last Saturday debacle for the Coalition, there is much agonizing over the loss of hitherto “blue ribbon” seats in what was once regarded as the Liberal Party heartland.

What did the Liberal Party under Scott Morrison do wrong? Was it a woman problem? Was it that the Coalition was not ambitious enough in its emission reduction targets? This was the position taken by Bridget Archer, a Liberal Party backbencher from Tasmania who appears to have attributed the absence of a swing in her semi-rural electorate to her “progressive” position on climate change. The problem is that likeminded “moderates”, such as Trent Zimmerman in North Sydney and Dave Sharma in Wentworth, espoused net zero goals which were little different from their Teal independent challengers, but still lost by a wide margin. Likewise, Senator Simon Birmingham sees political salvation in a moderate surrender to what seems to him to be the dominant zeitgeist. The problem is that the climate catastrophists from the affluent inner suburban electorates of the capital cities prefer the real deal to pale imitations. After all, if you truly believe in a climate emergency, why would you support only a slightly lower emissions-reduction target or a slower phase-out of fossil fuel power generation?

Ever since, the Coalition foolishly signed on to the net zero 2050 target just prior to the Glasgow Climate Conference, the green Left has been able to dictate the parameters of any debate between the Coalition and its opponents, both Labor and the Teal independents. The hapless Josh Frydenberg was reduced to warning of a capital strike by the world’s most powerful finance groups if we failed to sign up to net zero. Well, natural forces had the last laugh with the Glasgow Summit rendered even more an irrelevant farce by the wind drought over Europe. Even before Russia’s brutal invasion of Ukraine, both Britain and other European countries were being shocked back into reality. New nuclear power stations and a revival of coal-fired power were back with a renewal of the survival instinct.

So far, it seems that the cold blast of reality has yet to hit us. If and when Peter Dutton is elected as leader of the Liberal Party, we may hear a change in the narrative on the conservative side of politics. Even if the conservatives have a more dominant role in the Liberal Party, with the exit of so many “moderates”, we must expect ructions in the months ahead. The Matt Kean “moderates in New South Wales, plus much of the Victorian Liberals and other state divisions will not happily accept any attempt by Peter Dutton to redefine the terms of the debate on the future of the Liberal Party. We must expect a messy internal struggle over the next year, possibly a split in the Liberal Party.

Changes in political allegiance seem likely to echo not dissimilar changes in the United States. There, the wealthiest states and a large proportion of high income earners, high wealth individuals and an assortment of tech millionaires have turned Democrat and “progressive”, whilst a relatively poor coal mining state, West Virginia, once solidly Democrat, has now turned solidly Republican. West Virginia gave Donald Trump one of the highest percentage votes in 2020. During the period since the inauguration of Joe Biden as President, the Republicans have made further inroads into former Democrat strongholds among the working class and aspirational Latino immigrants. Not afraid to engage in the culture “wars”, especially in education, they captured both the governorship and a majority in the legislature of the state of Virginia, hitherto a reliably Democrat state.

I suspect that a similar trend may emerge in Australia. For the time being, Peter Dutton should largely ignore electorates such as Wentworth, Higgins and Kooyong and concentrate on the outer suburban and regional areas. Preparedness to wage the culture wars, particularly education, speaks to the concerns of aspirational parents. Alan Tudge should be brought back as shadow education minister pronto. Any continued talk about reducing emissions in the short term must be accompanied by a commitment to and advocacy of nuclear power. After all, safe modular reactors are now readily available. At the very least, whilst we are cursed by unstable renewable wind power generation, we need rapid nuclear power backup. The stark choice should be made clear by a Dutton-led opposition. Without reliable baseload power, Australia will lose any hope of an independent manufacturing base and the low income earners will be the first to suffer.

The Albanese-led ALP appears to be on the verge of attaining a majority in its own right. Yet it scored its worst first preference vote in more than a century. The Coalition scored a dismal 35 per cent whilst the ALP went backwards to a shade over 30 -per cent. In essence, Labor’s “success” depends on the life support of preferences from the Green Left. All the talk now is of the Liberal Party’s existential crisis. Yet the changes in the demographic support base of the Republican Party in the United States may well see a similar trend for the Liberal Party in Australia.

Paradoxically, over time, it may be the Australian Labor Party which will face the greater existential crisis. Cannibalized  by the green Left in the inner cities, faced by a declining union membership and loss of support from the working and lower middle class in the regions and outer suburbs to a hopefully regenerated Liberal Party, the slow death of traditional Labor may be the theme during the next ten years.

The Broader View of Domestic Violence