Putin Should Have Brushed Up on His Clausewitz 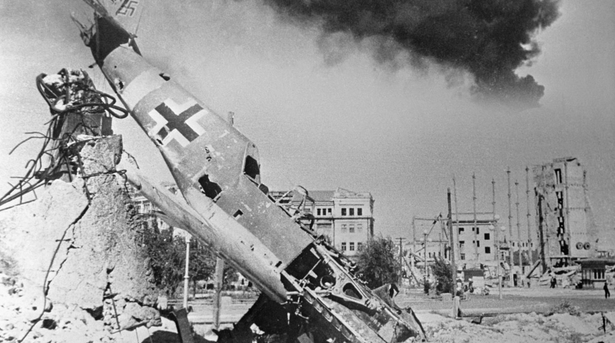 Six weeks after the Russian invasion of the Ukraine, both military experts and the watching public are more than a little surprised at developments and reconsidering views of fixed certainty that preceded the invasion. Against all odds and contrary to what was expected, the Ukrainians, with a far smaller army and less access to the latest in high-tech weapons, have more than held their own, preventing the Russians from taking any major cities, taking a great toll of their armour and planes and, of late, even advancing from their defensive lines.

None of this was supposed to happen. According to the rules of war, superiority in numbers is essential for victory: “Quantity equals quantity,” Stalin is reported to have said. The blitzkrieg plan was intended to destroy Ukraine’s airfields and air force, followed by an onslaught of armour and infantry supported by drone, artillery and missiles to take the capital Kyiv.

Far from it. Hand-held missiles have contained the airborne onslaught – Russian planes are now rarely seen –  as well as destroying many helicopters. Taking into account that truth is the first casualty, media photos have shown so many shots of destroyed Russian tanks and armoured vehicles that it is clear the armed fist of the invading force has lost its potency. In addition, hordes of soldiers have deserted, surrendered or been captured. Nor have the invaders presented an image of determination or aggression; rather, they come across as frightened and distraught young men bewildered to even be in a war, not having been told before that they were in an invasion. The interviews of tearful lads appealing to their mothers is not a good look in a well-drilled, disciplined and motivated army.

A number of generals (last count eight) have been killed close to front lines. Generals are not supposed to be in frontline combat zones, but rather directing events from behind. Their forward presence suggests a desperate attempt to motivate and control demoralised and disintegrating divisional vigour with little evidence of any improvement. Failing to obtain their strategic goal of a rapid capture of the capital Kiev, the Russians have resorted to mass shelling and missile fire on the civilian populations, causing severe casualties but hardly improving their tactical position. As the Allies found by bombing the German population, horrific as the casualties are, it does not lead to any diminution of the determination to carry on.

While the Russian forces have not been overcome and a long and bitter struggle lies ahead, the Ukrainians can be said to have achieved victory in the first stage of the war. The explanation for this can be found in history with the principles of Carl von Clausewitz being reiterated.

Everything in war is very simple. But the simplest thing is difficult.
– Carl von Clausewitz

THE PLACE to start with is Operation Barbarossa in July 1941, the largest land invasion in history by the Germans along a 1400 km frontier into the Soviet Union. Both Hitler and his generals (with a few exceptions) were over-confident, expecting a rapid collapse of the Russian forces in a few months, if not weeks. Initial developments supported this view with huge advances and capture of hundreds of thousands of overwhelmed troops. Then intruded the age-old factors that had always saved Russia from invaders. The endless landscape with few sealed roads never seemed to end; the rasputitsa (sodden ground after autumn rains) created a sea of sticky mud in which nothing could move. Then General Winter descended, freezing the armoured advance and stopping the planes from flying.

After much equivocation, Hitler reluctantly agreed for Army Group Central to take Moscow which could provide a base to shelter for winter. When they got close, General Georgy Konstantinovich Zhukov was waiting with his Siberians and the Germans had their first reversal of the war. The next year Hitler sent his forces south and directed General Friedrich von Paulus to take Stalingrad, the city named after his opposite number who was equally determined to defend it to the last man. On that note started the most terrible battle in history.

Here the German errors reached a climax and made Stalingrad the turning point of the war. First, there was severe logistical failure. The long lines deep into Russia made the provision of stores, weapons and fuel extremely difficult. Russian trains ran on a different gauge to German stock. A shortage of lorries meant a heavy reliance on horse transport. Partisans behind the lines constantly disrupted supply. German tanks suffered on the unsurfaced dusty roads with constant breakdowns. Ammunition, fuel and spare parts, let alone weapons and food, were always at the lowest levels.

Confident of the city’s rapid fall and an end to the war, the Luftwaffe made the biggest bombing raid of the Eastern front, turning Stalingrad into smouldering rubble. This, paradoxically, created the worst possible conditions for the invaders to conduct urban warfare.

The blitzkrieg concept of armoured warfare as developed by Heinz Guderian and others no longer applied. It was based on avoiding the trap of World War I’s immobilisation behind trench lines by highly mobile penetration. German forces were simply not equipped or trained for static, positional warfare. The bombing turned Stalingrad into an ideal site to defend. It was easy to hide behind the rubble, sally forth at the right moment and then withdraw. Tank mobility vanished; as they slowly inched their way along littered streets they were easy targets. The Russians proved to be masters of camouflage (maskirovka), sniping, and hand to hand combat. German intelligence was poor and Zhukov built up a huge force behind the lines to sweep out in Operation Uranus and trap the Germans in a kessel (cauldron). After that it was just a question of time.

The German strategy followed Clausewitz’s dictum of a final battle against the opposing army after which suitable victory terms could be set. The Russians, despite enormous losses when retreating, never allowed them this opportunity. Now we see the same happening in Ukraine with highly mobile compact forces sallying forth but ensuring there is no large confrontation.

CLAUSEWITZ was clear: an entrenched defender has a 3:1 advantage over the attacker. After this, two outcomes are likely. If the defending force is sufficiently coherent and organised, it will be able to counter-attack and overwhelm the enemy; alternately, if they cannot maintain this, then the attacking force ultimately wins.

The Russian logistics have been appalling. Tanks, APVs and trucks constantly run out of fuel (and are simply dumped where they stop by the dismayed troops). There are reports of ammunition shortages. Like the Germans, they did not take into consideration the Ukrainian landscape. Forced to move their tanks along the main roads and, even worse, create a 40km line of supply vehicles — easy pickings for the defenders.

Even more recently, the Russians repeated the Germans’ mistakes in the first Chechnian war, when their tanks  rolled confidently into Grozny only to be funnelled into selected roads where their passage was blocked and they could be picked off one by one. Footage shows the Ukrainians following a line of tanks down a city road before using shoulder fired missiles to destroy the first and last in the column, leaving the others to scuttle away wildly to avoid being sitting ducks.

Clausewitz was the first to write of the importance of the moral aspect of war, by which he meant psychological factors. German confidence of ending the war when they got to the Volga plummeted in the living hell that was Stalingrad. In Ukraine, Russian morale is poor. Reports give clear evidence of their soldiers refusing orders, sabotaging their equipment and even accidentally (?) shooting down their own aircraft. Sensationally, one disgruntled unit drove a tank over the legs of their commander who subsequently died.

The Ukrainians, on the other hand, have won the propaganda war, there are frequent interviews of confident soldiers determined not to give way and their president has become a hero around the world by his Churchillian demeanour.

The issue of leadership is no different. By the time of Stalingrad, Hitler had distanced himself from the High Command, listening only to sycophants like Jodl and Keitel, living in a bubble of maps that had no reality with the events on the ground. Stalin was little better at the start of the war, but came to trust his generals and the results soon showed. Putin, for his part, has ensured that he is only told what he wants to hear. Like Hitler he is becoming more paranoid, sacking generals and looking for anyone to blame other than himself. On the present scale of events, the outcome is not clear. The Russians, their chaos notwithstanding, have massive forces. On the other hand, the Ukrainians are gaining in confidence and retaking lost territory, which might explain why the Russians are now concentrating their efforts on the eastern sector where they were always at an advantage.

The one lesson to be learned from this blatant land-grabbing invasion driven by nationalistic factors is that history repeats itself as both tragedy and farce. Clausewitz, as ever, could have predicted the outcome. Whatever happens, the Free World is behind the Ukrainians in their determination to defend their land. If the axiom that generals are always fighting the last war is applied, it would seem that this has been ignored by the Russian High Command – and to their cost. Whatever is to follow, we are seeing Stalingrad in reverse.

Robert M Kaplan is a forensic psychiatrist, writer and historian. He has written on medical aspects of the Battle of Stalingrad and his book, The King Who Strangled his Psychiatrist and Other Dark Tales<br> is in press

Bring your knitting. The Jacobins are back