Have We Ever seen a War Like This One? 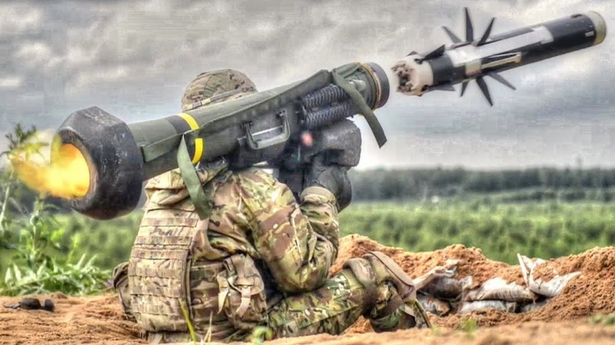 Aging Prime Minister Anthony Albanese, now in his sixth term in alliance with green independents, has strongly condemned the announcement and signalled his intention to move all 4,672 of the Australian Defence Force’s combat troops to the border, preparatory to an invasion.

McGowan has described Albanese as a thug and bullyboy and has urgently requested arms and help from NATO countries. “If he’s allowed to take WA,” McGowan said (pictured above in military fatigues), “will Madagascar be next?”

OK, an unlikely scenario. But you can imagine similar situations arising in other parts of the world. Hello, there is one happening now in Eastern Europe. This is not to compare Saint Zelensky with McGowan or Putin the Terrible with Albanese. Nor Ukraine with WA. The objective is simply to plead for less hypocrisy and just an ounce of objectivity.

Support Ukraine all you like, fly its flag from your window; that’s all fine. But, at the same time, keep your wits. I saw Andrew Bolt the other night again interviewing Jack Keane, his favourite retired US four-star general. Both madly agreed Russia has to be pummelled into ignominious defeat. According to Keane so that Russia will be incapable of foreign military adventures for some years to come. Choose your retired military man.

Saw Tucker Carlson interviewing retired US colonel Doug Macgregor a few days ago. A quite different take. Russia was inevitably on its way to winning territory in the east and south and the supply of weapons to Ukrainian forces would only extend the conflict and cost lives.

Not for the first time in my life, I don’t know exactly where I stand. However, I do think that wars need an end game. Those in charge of sending armies into battle or supplying armies with weapons need to explain the end game and how it will be sustainable. The end game in WWII was the utter defeat and unconditional surrender of the Axis powers. Achieved. And the end game in Iraq and Afghanistan? Well, any claim that it was to produce peaceful pluralistic democratic societies, would surely have been laughed out of court. Best to keep mum. Fight for years on end, lose life and treasure, without purpose.

Those, like most commentators and, say, the gung-ho British foreign secretary Liz Truss, who see the end game as Russia being utterly defeated, should explain what that would look like and how it would bring any lasting peace. One hundred and forty-six million Russians is some chicken neck to wring.

At question, to complicate the situation, is whether the situation in Ukraine is unparalleled. The outcome of an unparalleled situation, is perforce extremely difficult to predict. What we have is a regular army (plus militia), fighting on its own territory with an inexhaustible supply of high-tech weapons and ammunitions. Supplied across a long land border by NATO countries.

Joe Biden on April 21 announced a further delivery of US$800 million worth of weapons, bringing the total from the US to $3.4 billion. Among other items, he mentioned heavy artillery, armoured personnel carriers, dozens of howitzers with 134,000 rounds of ammunition, tank-killer Javelin missiles and tactical drones. He mentioned the facilitation of supplies of anti-aircraft weapons from other NATO countries. Reportedly, fighter planes have been delivered. And so on it goes, seemingly with no end in sight.

Zelensky donned his green military T-shirt and went public the other day with a long and specifically-detailed list of high-tech weapons he wants. I reckon little old wine drinker me could hold out indefinitely against a gang of street toughs armed with a few of these. Churchill nailed it in The River War (1899).

Mohammedanism is a militant and proselytizing faith. It has already spread throughout Central Africa, raising fearless warriors at every step; and were it not that Christianity is sheltered in the strong arms of science … the civilisation of modern Europe might fall, as fell the civilisation of ancient Rome.

Science, in the case of war, is sophisticated armaments. They can make up for numbers and fearfulness.

As a further complication. Ukraine isn’t Japan in August 1945 and Putin isn’t Truman. To save the lives of tens of thousands of American troops, Truman was prepared to kill many tens of thousands of Japanese civilians, men, women and children. So far as we know (given the lies and fog of war) the last remaining Ukrainian troops in Mariupol are bunkered down in the Azovstal steel plant together with, according to reports, tens of thousands of civilians.

Reportedly, reliably or not, Russia intends to encircle the plant and wait out those within, rather than go in and undoubtedly lose lots of Russian lives. Why with so many civilian lives at stake don’t the Ukrainian troops surrender? Maybe, they doubt the reach of the Geneva convention. Another complication.

There is clearly a brutal third option open to the Russians of saturation bombing of the steel plant. Yes, I know, Russian troops have been accused of barbarism; but is Putin nonetheless constrained in undertaking such a visible and large-scale barbaric action? I don’t know. If he is, it is yet another factor which will prolong the war. How many more years would it have taken for America to secure victory over Japan?

To conclude. I’m no war historian. So, to repeat the question, has there ever been a war like this? A war waged by proxy by so many rich nations, with stores full of high-tech weaponry. Ukrainians, like gladiators in the Colosseum, facing an endless stream of wild animals. Spectators above, safe as houses, throwing them down a constant supply of fresh weapons; while willing them on to the last man standing.

Where will it end up? More pointedly, as weapons’ suppliers, where do Biden, Johnson, Macron, Morrison, et al, envisage it ending? Russia defeated and repentant? Seems as unlikely as a democratic Afghanistan. A negotiated compromise might be possible over coming months. But what if the war, fuelled by weaponry without limit, goes on and on for years? What then?

A Discordant and Delusional ‘Harmony’