The Fogginess of War and Punditry 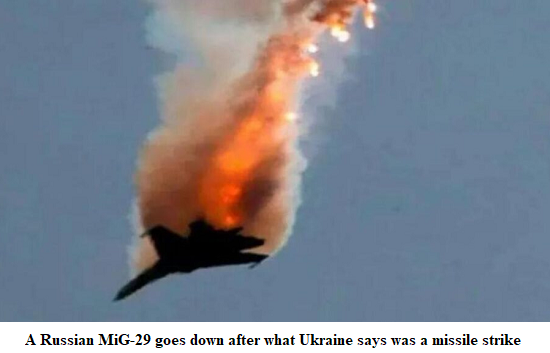 Wishy-washy it might be but I often don’t know the answer, and wish others didn’t know too. As it is, if they’re commentators, they predominantly give the impression that they do know. Then usually tendentiousness comes to the fore. To wit, they know the answer and then set out selectively to prove it.

A good example of this is provided by Henry Ergas, writing last week in The Australian newspaper. He took aim at those who blame the West for the war in Ukraine.

The central issue for those who believe the West should shoulder blame, or at least some blame, is the expansion of NATO, which has gone from an initial twelve countries to thirty. It now includes countries which were formerly members of the Soviet Union or the Warsaw Pact. Most notably, Poland joined NATO in 1999, Estonia, Latvia (both bordering Russia) and Lithuania joined in 2004. All became members of the European Union also.

Ukraine shares a long land border with Russia (1,974 kms). While blowing hotter and colder, it has long since expressed a desire to join NATO and the EU. Varying degrees of support for these steps have been expressed on the other side. Putin is on the record, without equivocation, in opposing Ukraine becoming part of what still might be called the Western Bloc. In 2008 he threatened to point missiles at Ukraine if it were to join NATO. Meanwhile, no Ukraine president has been more enthusiastic about Ukraine becoming part of NATO and the EU than is Zelensky. What a brew.

On the face of it, Putin has reason to fear. After all, the Americans would. The Monroe Doctrine (roughly speaking, no enemy alliances in our backyard) informs US defence policy. The response of Kennedy to Russian missiles in Cuba in 1962 says it all.

Would jaw-jaw work for Putin. Doubt it. The two sides are poles apart. They want totally different things. Think Israel and Hamas. Thus, with Biden in office, fleeing Afghanistan with ignominy, preoccupied with climate change and feminising his military, and with Europe dependent on Russian oil and gas, the time for war-war obviously struck him as propitious.

Enter Ergas and,to be fair, all of the Western media; including, least consequentially but most flamboyantly, Stan Grant on Q&A. Putin is a thug, aiming to restore Russia’s great -power status “and the imperial sway and plunder that goes with it,” averred Ergas. To bolster this view, he needed to establish Russia’s insouciance when it comes to NATO’s expansion. And he sets out to do so with selective quotes.

Gorbachev apparently said in 2014 that “the topic of NATO expansion was not discussed in 1990, and it wasn’t brought up in all those years.” Whatever Gorbachev meant and the context within which he said it, I don’t know. Ergas doesn’t tell us.

He quotes a couple of studies and a Russian security analyst to suggest that Russia was unconcerned by NATO’s expansion. And, in fact, might have seen advantage in it. In so far as it complicates the integration of NATO’s miliary forces and, maybe, lessens the military build-ups in the former Warsaw Pact countries, which they might otherwise have undertaken.

He even quotes Putin from 2002 as saying it is “no tragedy that Estonia, Latvia and Lithuania were becoming NATO members.” See Putin’s reaction in 2008, as noted above. Ergas doesn’t refer to that. Doesn’t fit the script. It’s a case of cherry-picking in order to make a case. It’s pathetic. Far more pathetic than modestly saying the situation is complicated and the motives probably mixed.

The best outcome, of those which seem possible at this stage, is one which minimises loss of territory to Russia and which leaves most of Ukraine independent. However, it’s likely — if indeed such a deal is possible at all — that such a peace will only be brokered if Ukraine drops its ambition to join NATO and the EU and remains unaligned. Ergas and company can say what they like, the peaceful end of this story will not include Ukraine being part of NATO.

A final comment on the wild talk by Western leaders, the increasingly dangerous talk of a no-fly zone by Zelensky, and ever increasing financial and trade sanctions and cancellations. How sensible it is to be so bellicose toward a powerful nuclear state and its leader, while not carrying a gun? What’s happened to Theodore Roosevelt’s, speak softly. What good does it do, anyway, to rage incoherently from the sidelines – witness Biden’s State of the Union. And it is the sidelines.

Ukrainians are encouraged to fight against daunting odds. No NATO troops are spilling blood. It’s unedifying. America and its allies, including Australia, should be all in trying to broker a peaceful settlement. I’m not sure how calling Putin a thug helps the situation or Ukrainians.

Zelensky is fighting his corner. But it’s not our corner. Hold a referendum to see how many Americans, Brits, Australians, Germans would risk war with Russia to save Ukraine’s independence. Not many, I’d guess. Count me as a no.

Sanctions are ineffective or partially effective or cripplingly effective. I think we can say that while Russian oil and gas are needed, the sanctions will fall in the middle category. Stranger than fiction, isn’t it? We’re sanctioning Russia and its rich citizens as comprehensively as possible yet pleading with them to keep the oil and gas flowing. The wages of green zealotry.

For all that, the sanctions, seemingly each day growing in scope, will have an impoverishing effect. What will this mean? Well, if Russia takes over Ukraine, 187 million ordinary people will suffer; the Russian oligarchs will be OK. Greg Sheridan writing the other day wants the sanctions kept in place indefinitely, until Russia leaves. Exactly how many decades will that be, if ever? Meanwhile, the columnist won’t have to live on bread and meagre rations for years on end.

Do any of the leaders of the US, the UK, Germany and France have the qualities required to broker a peace deal? Making Russia a pariah might not be the best way to go about it. Where is Trump when we need him? Mean tweets forgiven. Please come back.

17 thoughts on “The Fogginess of War and Punditry”

Blind Eyes and the Russiagate ‘Scandal’