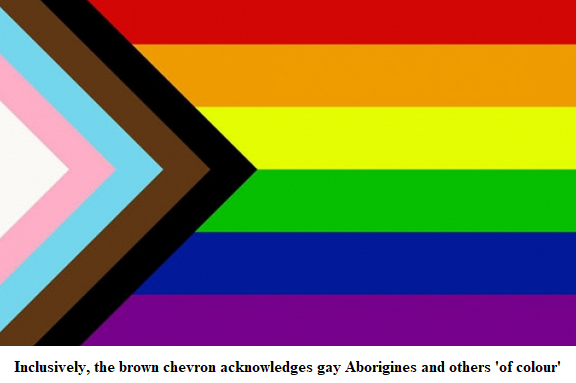 Spare a thought for the plight of the Quadrant columnist. With deadlines set a month in advance of publication, the imperative to be topical makes at least some degree of clairvoyance indispensable. It also makes failures in timely reporting inevitable. Thus it is with no embarrassment that I come to Quadrant Online with a further development in the University of Sydney’s self-proclaimed “commitment to journey together, valuing, respecting and celebrating Aboriginal and Torres Strait Islander people’s knowledges and cultures”, a development that occurred in between the submission and the publication of my March ‘Philistine’ column in Quadrant magazine. That original column was recently published in Quadrant Online as ‘Reconciliation at $1500 a Pop‘.

In my original column, I wrote that anyone consulting the University of Sydney library catalog “must read an acknowledgment of country while waiting for search results to appear”. The University of Sydney library is a hotbed of ‘reconciliation’, so hot that even during the Sydney Gay and Lesbian Mardi Gras the lead banner on the library website promotes an article on Respecting Custodianship, with nary a rainbow in sight. To be clear, the librarians are not highlighting their role as custodians of knowledge (pshaw!), or even the custodianship of indigenous ‘knowledges’. The article is about—you guessed it—how to properly conduct an acknowledgement of country.

Don’t worry: the university hasn’t forgotten about Mardi Gras. Not content merely to fly flags, it changed its social media logos for the occasion. Anyone who is proud enough (or brave enough) to list the University of Sydney as his/her/vis/hir/their employer on LinkedIn will see a Progress Pride Flag next to his/her/vis/hir/their name. For the few philistines who may be unaware, the Progress Pride Flag (reproduced atop this page) combines the LGBTQIA+ rainbow flag with the pink, baby blue, and white transsexual flag, with black and brown bunting thrown in to represent ‘people of colour’. The university also flies this flag on Twitter and Facebook, but there it’s not so personal. On LinkedIn, the flag automatically appears on the profiles of 14,614 registered employees and 231,454 registered alumni, whether they like it or not.

But back to the library. In the month between the writing and the publication of my March ‘Philistine’ column, the University of Sydney library turned its indigenous virtue signal up to ’10’. Concerned for the safety of the university’s 381 indigenous students (out of 60,868), it placed a warning on its website: “Aboriginal and Torres Strait Islander peoples are advised our collection may contain images, voices and names of people who have died”. Admittedly, University of Sydney students might be forgiven for being unaware that libraries include information about the past: after all, the library describes itself as a place to “research, study, meet friends and make the most of uni life”, not as a place that lends books. Still, today’s students are likely to know about books, even if they’ve never read one.

But what if an indigenous student does read books, and really is traumatised by reading the names of people who’ve died? Does the library offer a surrogate reader service, to screen books for sensitive students? If not, why not? Posting the warning without offering assistance is mere virtue signaling at best, and heartless negligence at worst. Even worse, the university hosts a (warning!) Charles Perkins Centre for the study of diabetes, obesity, and cardiovascular disease. Charles Perkins AO, whose motto for the Sydney 2000 Olympics was “burn, baby, burn”, died shortly after the Games. As of March 2022, there is no trigger warning outside the building that bears his name. Maybe it would be a good idea to add one.

Luckily (for me), the University of Sydney has signed onto the French Review academic freedom reforms, and truth be told: the university had strong free speech protections in place even before the government coerced it into formalising them. Some Quadrant readers may disagree with that assessment (see the ‘Letters’ section of the March issue), but I stand by it. The university’s ‘Charter of Freedom of Speech and Academic Freedom’, issued in December 2019, is about as robust as can be expected from a large, bureaucratic organisation, and certainly makes academics much more secure than anyone in the private sector. The Charter contains the usual administrative carve-outs, but perhaps the most interesting part of it is the preamble:

The University of Sydney’s campuses and facilities sit on the ancestral lands of many of Australia’s First Peoples, who have for thousands of generations exchanged knowledge for the benefit of all. Respectfully acknowledging the ancient learning cultures and traditions of Aboriginal and Torres Strait Islander peoples, The University of Sydney declares its commitment to freedom of speech and academic freedom as fundamental to the conduct of a democratic society and to the quest for intellectual, moral and material advance in the human condition.

The grammatical implication of this statement is that the “ancient learning cultures and traditions of Aboriginal and Torres Strait Islander peoples” are somehow opposed to freedom of speech, which (regrettably) must nonetheless be protected. Otherwise why should the cultures and traditions be mentioned at all? Readers might reasonably embrace this cynical interpretation, but there is another, less conspiratorial explanation for this contorted language. At the University of Sydney, as at the ABC, government ministries, professional associations, and even large corporations, no politically-correct statement can ever be shot down. There may be no reason to respectfully acknowledge the ancient learning of indigenous Australians in a free speech policy, but once someone suggests doing so, it would take a courageously committed philistine to argue against it.

It could be worse. The university’s free speech charter could also include acknowledgments that black lives matter, that climate change represents an existential crisis to personkind, and that love is love.

Functionaries who are accountable only to other functionaries inevitably indulge their own prejudices—and who’s going to stop them, when the only thing to be gained from doing so is self-respect? Don’t blame them; self-indulgence is human nature. Take a leaf from critical race theory, and blame the racist system that puts a self-replicating, insufferably self-righteous class of guilt-ridden, virtue-signaling white professionals in charge. Then again, these people have to work somewhere, and we don’t want it to be anywhere too important. Maybe the library is the best place for them after all.