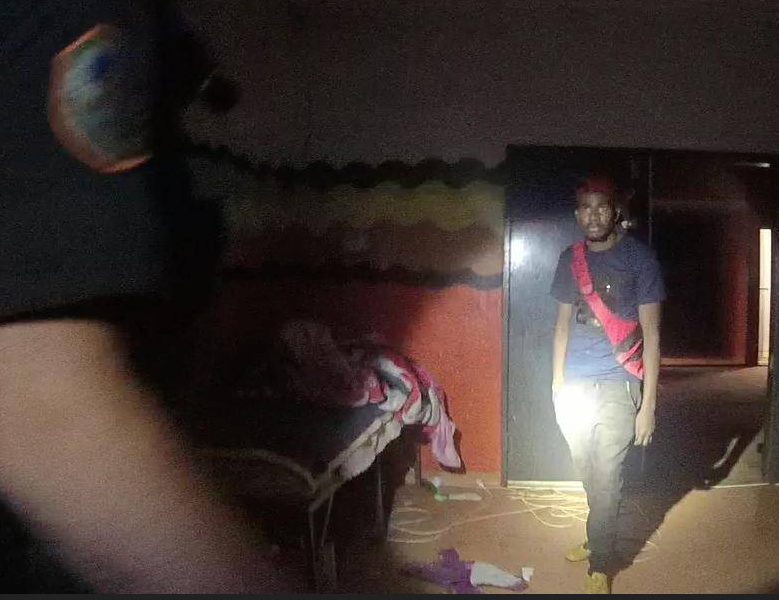 In the ongoing saga of the Zachary Rolfe trial, of which I have written here and here, I would like to address a couple of loose ends.

The first of these relates to the verdict.  I have read a lot of opinion to the effect that sending Rolfe and his partner into the community, armed, to arrest a bail jumper at that particular time was heavy-handed.  That confronting a disturbed young man in this way was not appropriate policing.  That it should never have led to his death.

All of that may or may not be true, but it is a reflection of police policy and procedures. It was not Rolfe’s decision.  He was acting under orders.  As a result, he and his partner found themselves being attacked with a potentially lethal weapon.  That was why he shot Walker.  It was common ground between the prosecution and the defence that the first shot was justified.  So, Rolfe was justified, at this point in using potentially lethal force.  He was not charged with firing that first shot.  He was charged with firing the second and third shots 2.5 seconds after the first.  That is roughly the time it has taken you to read this sentence.

Let’s look at this from the point of view of then-constable Adam Eberle.  Does anyone imagine that he, writhing on the ground with a demented and known violent offender brandishing a pair of surgical scissors in close proximity to his throat, would have said to his partner: ‘Zach, stop!  Before you pull that trigger, think! Is there a better way?’  Or more to the point, would he have appreciated his partner exercising that level of detachment?

Since I last wrote on this subject, more ‘tendency’ evidence has been released by the Northern Territory Supreme Court.   To quote the Australian:

The Northern Territory Supreme Court has released further details of the evidence crown prosecutors wanted to use to persuade the jury in Zachary Rolfe’s murder trial he had a tendency to use excessive force on arrest targets.

A suite of videos released on Monday night showed Constable Rolfe involved in physical altercations with Aboriginal men in Alice Springs. It comes after a similar video was released by the court on Friday. Court transcripts reveal prosecutor Philip Strickland SC wanted to use the videos to argue that Constable Rolfe tended to rush into situations, use excessive force and then provide false justification for his actions.

Mr Strickland did try unsuccessfully to persuade the jury that was what occurred when Constable Rolfe fatally shot Kumanjayi Walker. The jury acquitted him of all charges.

Judge John Burns ruled shortly before the trial began the additional “tendency evidence” could unnecessarily prolong the proceedings and confuse and distract jurors from their primary task of evaluating Constable Rolfe’s “state of mind”.

In other words, Justice Burns ruled that the ‘tendency evidence’ was irrelevant because it had already been established that Rolfe was justified in using force.  There was no question of him rushing into a situation and using excessive force.  So again I ask, why is this ‘evidence’ being thrust into the spotlight in this way.  This looks like another stitch up of the type that saw Rolfe charged in the first place.  Maybe I am being over-sensitive but this disturbs me greatly.

I have viewed the video of the Ryder arrest alluded to in my earlier article. It is very confusing and a number of officers are involved.  I could not identify the particular infringements that Rolfe is alleged to have committed but that could be because I’m not trained to analyse this kind of footage.  However, I’m betting you could compile a dossier of similar video evidence on almost any officer in the NT Police.

This footage, these incidents, are not relevant to Rolfe’s conduct in the Walker arrest.  They may be relevant to an investigation into Rolfe’s general conduct as a police officer – although no disciplinary proceedings have ever been instituted against him, as far as I am aware.  Or they may be relevant to an investigation into policing methods in the Northern Territory in general – in which case they would form just part of an array of evidence that I alluded to earlier, dossiers on every officer.  Either way, they have no place in the public domain until such investigations are complete.  And if no such investigations are contemplated, it is not the business of the justice system to release this information, however newsworthy it might be.

ONE OF the criticisms concerning the trial of Zachary Rolfe is that there were no Aborigines on the jury.  Chris Merritt had an interesting article in The Australian on March 15. Merritt states that racist bias was not a factor in Rolfe’s acquittal.  However, he goes on to say:

It is, however, worth noting that Rolfe’s jury was drawn from the Darwin community, which is on the coast,  1749km from Yuendumu in central Australia where the shooting occurred.

That is like selecting a jury from the suburbs of Brisbane to deal with an incident that took place in Melbourne.

If the goal was to ease community unrest, it failed.

Eliminating the possibility of local involvement was a wasted opportunity to build confidence in criminal justice – something that is clearly needed at Yuendumu – but it is not evidence that the jury in Constable Rolfe’s murder trial was racist.

I may be missing something, but I was somewhat perplexed by this sentiment from a journalist and lawyer as accomplished and objective as Merritt.  The jury was drawn from the Darwin community because that is where the trial was held.   If not Darwin, where else was the trial to be held?  It certainly could not be held at Yuendumu which would only leave Alice Springs.  That might be arguably more local to Yuendumu than Darwin, but it is not clear to me why easing community unrest would be the goal of a trial – other than by virtue of holding the trial in the first place and conducting it scrupulously according to law. I doubt that the decision on where to hold the trial had anything to do with community involvement.

But getting back to the question of the jury.  My understanding is that the objection of the ‘community’ is not that the trial was in Darwin but, rather, that the jury included no Aborigines.  If by ‘eliminating the possibility of local involvement’ Merritt means excluding Aborigines from the jury, I can attest that there are Aborigines in Darwin.  However, even if the trial were held at Alice Springs, which has a higher Aboriginal population per capita than Darwin, it is highly unlikely any Aborigine would have been on the jury.

Admittedly I have gained most of my legal knowledge from John Grisham Paperback University so I may be a little out of touch in Australian jurisdictions.  Bear with me.  In general, before a jury is empanelled, the defence counsel and the prosecutor have the right to challenge any potential juror without giving any reason.  These are called peremptory challenges.  It is not clear how many of these challenges are allowed in the Northern Territory – the only source I could find says that the number is limited, so perhaps it is determined on a case-by-case basis.  In NSW it is three.

To begin with, it is a well-established fact that Aboriginal people are under-represented in jury panels.  There is no legal impediment.  Aborigines are not excluded for reasons other than apply to all other Australians.  There are a number of contributing factors to this – under-representation on electoral rolls, lack of competent English, lack of desire to serve and so on.  It seems to me this is nothing more than a continuation of Aboriginal ‘exclusion’ that prevails in other facets of society, work, education and so on.  So even in the best-case scenario under normal circumstances pertaining at the time of Rolfe’s trial, there would have been few Aboriginal people to choose from.

In any case, the utterances of both Chief Minister Gunner – that “consequence will flow” – and ICAC commissioner, Ken Fleming QC – that anyone who said black lives don’t matter is “guilty of corrupt conduct” – must have effectively poisoned the potential Aboriginal jury pool, not least in Alice Springs.  Eliminating Aboriginal jurors would be a tactical move on my part, had I been Rolfe’s lawyer, that could backfire but, in the interest of my client, it would be hard, possibly derelict, to resist.  But more importantly it would, no doubt, infuriate the ‘community’ even more than the fact that there were no Aborigines on the panel in the first place.  That might be why Darwin was felt to be the safest place for the trial.

If you’re looking for someone to blame for lack of Aborigines on the jury, you could start with Gunner and Fleming.

15 thoughts on “More Thoughts on the Territory’s Sorry Justice”