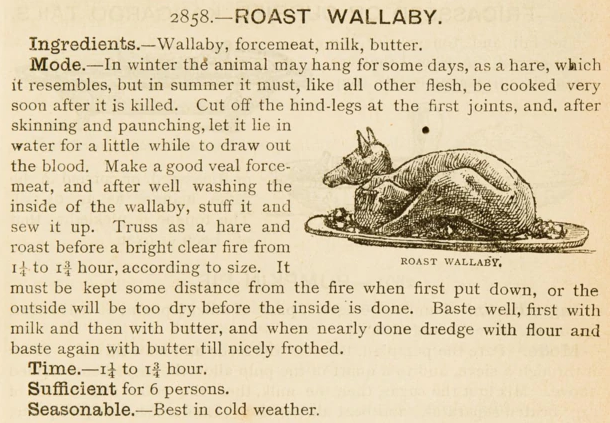 Despite 60 years of journalistic lunches, including a Big Mac from a Soviet GRU operative in Canberra, I’ve only enjoyed one really posh feed. That was in 1990 and my host was Tim Marcus Clark, CEO of the Bank of South Australia.

The intimate dining room was under an atrium as if the whole tower had been designed around it. Marcus Clark was feuding with his board and Premier John Bannon about his wayward lending, so he wanted a puff piece from me in Business Review Weekly.[1] I kept getting distracted by the long scar under his chin –some assailant had cut his throat from ear to ear a few years earlier. A few months after my lunch the bank collapsed with $3 billion of dud loans, taking down Premier Bannon and much of SA.

I’m trying to imagine a scenario involving an equally posh lunch for top people at Melbourne University but I don’t know how these lunches really go. I’ll just do my clunky best. It’s all fiction except where indicated. The menu is leftover wombat road-kill. To find out why, you’ll have to read on.

Dr Masculine: Hi Elon! Make yourself at home on the sofa. The sofa is  on stolen Wurundjeri land of the Kulin Nation, and we pay our respects to Elders past, present and emerging. Sovereignty was never ceded.

Elon: Hey I thought you owned the campus. The rent to these Kulins must cost  a bomb.

Dr Masculine: It’s complicated, but our Law Society students are leading the way with its “Pay the Rent” campaign. It wants me to pay rent to the Kulin Nation too.[2]

Elon: Say, why don’t I lend you some lawyers and merchant bankers? I bet they can tailor  something win-win tax-positive with the Kulin Embassy.

Dr Masculine: Thanks, our chancellor’s a barrister, he can follow that up. But to change the subject, congrats on being so rich.

Dr Masculine (coyly): Keep this under your hat, but as for me, I’m  Australia’s best paid vice-chancellor — $1.5 million last time around!

Elon: Wow, I’m impressed! The President of Princeton only gets a million US and the president of Yale only gets $US1.16 million.

Dr Masculine: They don’t have the prestige we enjoy here in Dan Andrew’s Victoria. But let’s cut to the chase. We offer you a coveted Honorary Enterprise Professorship for building the trillion-dollar Tesla company and launching space rockets and other business stuff.

“We should reconceive and replot our exit from capitalist modernity, not as retrenchment to misery, but as quest for a new human plentitude. Freed from the diktak of capitalist growth, and its straitened materialism, our species could discover fresh forms of realisation in things without ‘value’, at least as presently conceived. A post-accumulative political economy is the premise for a new urban modernity…”

Dr Masculine (blushing): It should be diktat, not ‘diktak’, and we Cambridge people say “plenitude” not “plentitude”. But anyway pay no attention. That’s just Professor Brendon Gleeson, director of our Melbourne Sustainable Society Institute. He’s such a lovable rascal! His colleague, Sam Alexander, even co-authored a book with Rupert Read from Extinction Rebellion who  advocated eco-fascism.[3] Actually Brendan bugged out of the Institute last September, and on December 6 I got my pro-vice chancellor Mark to sack everyone else there.

The closure of MSSI does not diminish the University’s deep commitment to a sustainable society and to addressing the challenges of climate change.

Elon: Sounds good. Who got the previous one?

Dr Masculine: Oh, that was famous Aboriginal businessman Bruce Pascoe in September last year.[4]  [5] You’ll have heard about him and his Dark Emu story in Palo Alto I’m sure. Bruce’s pre-contact forebears were agriculturalists living in stone villages of 1000 and  they began baking bread  in 118,000BC.

Dr Masculine: Well mainly Yuin, Bunurong and Tasmanian. But he’s also said he’s Wiradjuri, Punniler Panner, Koori,  a descendant of the Ballarat and Geelong Aboriginal communities, and from a tribe bordering the Wathaurong of Geelong and Colac Victoria, along with a South Australian Aboriginal connection. He discovered he was Aboriginal at the age of 30 — no, make that 18, — no, make that 9, when he was speaking the Wathaurong language with his family.

Elon: You’ve convinced me. And now tell me about his business successes.

Dr Masculine: Well there’s been three main companies. You can google it on that excellent Quadrant Online site. He and his registered charity, Black Duck Foods, have been producing flour from native grass seeds for the past decade.

Elon: How many million tonnes so far?

Dr Masculine: Actually none is being offered on the Black Duck website yet.[6] There also his Gurundgi Munjie company which ASIC is striking off, and he’s a director of Twofold Aboriginal Corporation, Eden.

Elon: How’s that one going?

Material Uncertainty Related to Going Concern
We draw attention to Note 1 in the financial report, which indicates that the Corporation incurred a net loss of $466,107 during the year ended June 30, 2020, and, as of that date, the Corporation’s current liabilities exceeded its current assets by $542,937. These events or conditions, along with other matters set forth in Note 1, indicate that a material uncertainty exists that may cast significant doubt on the Corporation’s ability to continue as a going concern. Our opinion is not modified in respect of this matter.

But if you ask me, some government agency or pal under some pretext is bound to throw Twofold Aboriginal Corporation a million or two to get it viable again.

Elon: So all A-OK at Twofold Bay. Man, I could learn a lot from this Pascoe fellow about running a successful enterprise.

Elon (amazed): So what’s he cooking for us?

Dr Masculine: It’s his culinary specialty – roadkill! And here he is to tell you all about it.

Enter Bruce Pascoe wearing a chef’s toque, and holding his new book Country: Future Fire, Future Farming.[7] He opens it to his Chapter 4, “Future Farming – kangaroos and emus”, and reads to Elon:

There is another avenue of protein collection we might consider. Every morning in East Gippsland the road toll becomes apparent, with carcasses of wallabies, kangaroos, possums and wombats every kilometre or so. In this district it is not uncommon to find kangaroos and wallabies with broken legs as the result of being hit by a car.

I will never forget finding one huge injured male by following his moans of agony. And I will certainly never forget the look he turned on me when I arrived with my gun. He knew exactly what was about to happen, and was ready. [Who knew Bruce was a kangaroo-whisperer?]

We harvest these animals with our cars, so why not use their bounty instead of allowing their carcasses to bloat? If we are going to be meat eaters, and there are good arguments for some meat in our diet, then let us be economical about our harvest …  Animals killed like this almost always die suddenly, without the meat-toughening release of adrenaline into their system.

Why don’t we have patrol vans with people licensed to inspect roadkill and harvest anything left that is fit for human consumption or could be made into dog food? A simple temperature probe is almost all that is required. Older carcasses could be moved further off the highway so that eagles and crows were not tempted to feed too close to the road. Stringent health and refrigeration rules could be set in place so that we don’t waste any resources. Harvesting that meat and the kangaroo and emu stock in our paddocks would mean we could afford to graze fewer hard-hoofed animals. (Kindle, p75 of 235).

Dr Masculine: The book shows great wisdom. No wonder National Museum Australia was proud to be its co-publisher.

Elon: (to Bruce eagerly): So what’s for lunch?

Bruce: Wombat back legs! A truck hit it near my farm at Gipsy Point. I scraped it off the Mallacoota-Genoa Road. The head got squashed, but the hindquarters were pristine and the wombat didn’t have time to release any meat-toughening adrenaline. I stuck a simple temperature probe up its arse and it had hardly begun to bloat. I separated the legs with an axe and they’ve been in my car fridge, involving stringent health rules, all the way down here to Melbourne University. You’re in for a fine dining experience and what’s more, wombat roadkill cuisine involves much fewer planet-killing CO2 emissions than steak and lamb chops. I intend to sell any of today’s leftovers to chefs in Lygon Street and the Paris end of Collins St.

Pascoe: Koongadgee gobatarda – that’s goodbye and thanks in my native Wathaurong tongue.

Dr Masculine (to Elon): Allow me to phone you up an Uber to Tulla’. We’ve got a tight budget here, you’ll understand.

[2] The MULSS is contributing to the ‘Pay the Rent’ campaign. A portion of the Society’s revenue is paid to various Indigenous organisations in recognition of our existence on stolen land. We encourage others to consider Paying the Rent with us.

#  “It is just-about conceivable that this civilisation might survive by adopting an extremely disciplined eco-fascism.”

# “… Cuba or Costa Rica, two of the very few countries in the world today that it might possibly be argued are managing to achieve both ecological sustainability and some measure of economic justice.”