Wind vs Wind: There Can Be No Honest Winner 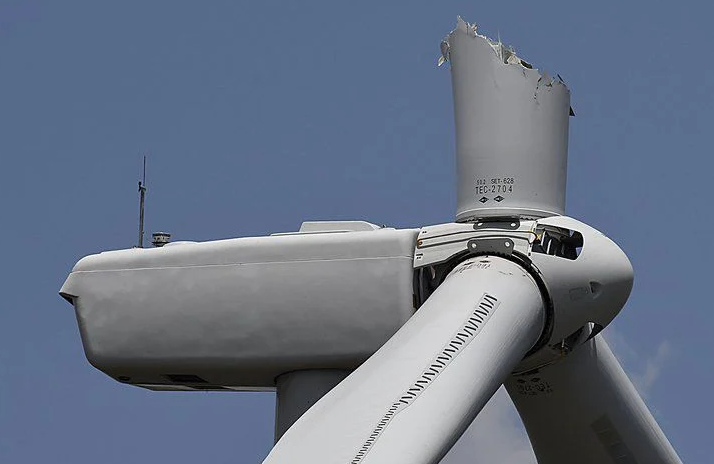 The marginal cost of delivering a megawatt of wind power to the grid when the wind is blowing is very low. Coal power can’t be shut down and ramped up according to the whirling velocity of an anemometer. Hence, the Australian Energy Market Operator (AEMO) pronounced in its latest report, released on December 10, 2021: “Coal retiring two to three times faster than anticipated.” It went on as follows:

Current announcements by thermal plant owners suggest that about 5 gigawatts (GW) of the current 23 GW of coal capacity will withdraw by 2030. However, modelling suggests that 14 GW may do so. Over the past decade, coal-fired generators have withdrawn from the market before their announced dates, and competitive and operational pressures will intensify with the ever-increasing penetration of cheap renewable generation.

Notice the reference to cheap renewalable energy. Only by smoke and mirrors can renewable energy be described as cheap. If it were cheap, it wouldn’t need to be subsidised. In fact, it’s extremely expensive. Wind power, for example, requires 100 percent back up. They call it firming. Firming? Hyperbole on stilts.

When the wind is still, as it regularly is, wind turbines produce zero power. That’s one less than one for the information of delusional fans of wind. As modern economies require base-load power every second of every day, when the wind stops something else must fill the whole of the gaping chasm. It can’t be batteries, however big, holding totally insufficient amounts of power; and it can only very seldomly and selectively be hydro.

Unless a green hydrogen miracle happens, it’s fossil fuels; to wit, natural gas, which will be required to fill the chasm. That will work, provided sufficient gas turbines and sufficient gas are on constant standby. But it will be truly expensive and will represent the first time in history that societies have chosen to make energy, the lifeblood of modern life, more costly; and by factors not percentages. Buy extra sweaters and blankets if you live in colder climes.

To return to my start, coal power can’t survive in a rigged market within which wind power is heavily patronised by government. But, can wind survive wind? That is the question. Enter profitability and environmental harm.

This caught my eye. “Australian wind projects grind to a halt in face of grid hurdles and falling prices,” claimed an article in June 2021 on the Australian site reneweconomy. It got me thinking and dusting off my forgotten economics.

When you rely on nature for energy, most costs are upfront. When the wind is blowing, the marginal cost of providing a bit more power is close to zero. If wind farms are competing, they will bid the price down in line with marginal cost. And we have the classic perverse case of marginal cost falling below average cost. To those of mathematical bent, that means losses.

The pharmaceutical industry provides an analogous example. Drugs are easy and cheap to produce once the formula is known. Pharmaceutical companies would simply go out of business if they sold their expensively developed drugs at close to the marginal cost of producing them. Patents protect them for a lengthy period, allowing them to keep prices at profitable, very profitable, levels. You can’t patent wind.

If wind farms compete, then they will go out of business. It’s as simple as that. The market must be rigged in one way or another. One way would be to ensure that one supplier monopolises output in a defined market. Another would be for suppliers to collude. A third and most likely would be for government to set a floor price or to continue to provide subsidies to keep suppliers afloat. Solar farms present the same issue. Hydro too has a low marginal cost of providing additional megawatts but the idea of hydro schemes competing with one another in the same market is academic.

I suspect governments will protect the viability of wind farms for the time being (and solar farms too). But when you add environmental problems to their financial woes, the joyful plot thickens.

Bob Brown started it. Well, maybe Prince Phillip. He didn’t like wind turbines. Called them useless monstrosities. Bob didn’t go that far. But Australia’s most prominent tree hugger didn’t want them in his playground in Robbins Island in North-West Tasmania. “We have alternatives for renewable energy. We don’t have alternatives for extinct species of birds,” he said, when coming out swinging against the planned giant new wind farm.

If you search around the world, you will find wind farm after wind farm being rejected on environmental grounds. In 2019 wind accounted for only 2.2 percent of primary energy consumed. Imagine the environmental devastation of ten times that amount?

Conservationists versus sleazy rent-seeking carpetbaggers is the future of wind. Internecine struggles to look forward to brighten the gloom of leaders forlornly falling over themselves to ward off Greta Thunberg’s wrath. They should realise that chimeric promises of net zero, clean hydrogen revolutions and wall-to-wall electric cars, blah, blah, blah, won’t do the trick. She who won’t be mollified, won’t be mollified.

Finally, if not from wind, you might ask, where the heck is Twiggy to get his power from to make oodles of clean hydrogen for the world? That’s what keeps me awake at night. Or it would if I owned Fortescue shares.

12 thoughts on “Wind vs Wind: There Can Be No Honest Winner”

Make it Quadrant for Christmas