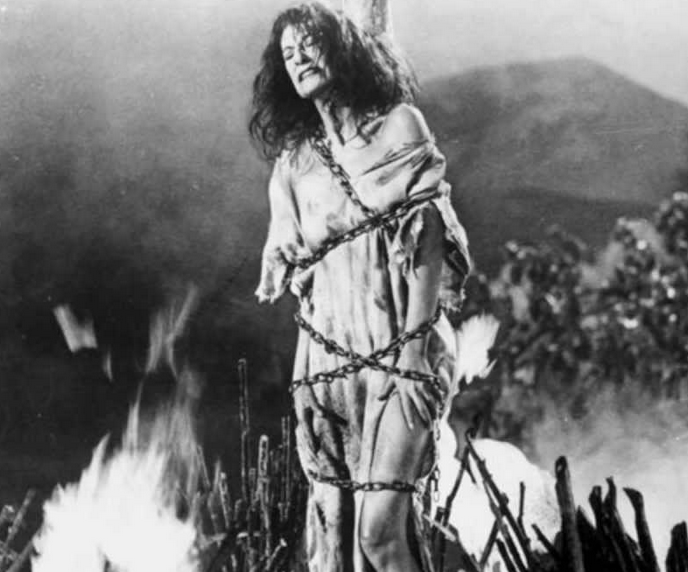 Influenced perhaps by the authoritarian regime in Singapore and a nonsensical paper by a couple of public-square wannabes in the part-publicly-funded The Conversation (upon which more below), Bob Carr apparently believes that those unvaccinated who catch a serious case of the dreaded virus should pay for their own treatment. From this poisonous view, it’s a small leap to denying treatment to those without the means to pay for it. Let them die in the gutter! We can expect others of a leftist intolerant turn of mind to become Bobby’s bedfellows. It’s persecution time in Australia, in the year of Our Lord 2021.

I don’t want to dwell on the inconsistency of withholding support from those who are seen by the great and good as putting their own health at risk, while hospital beds are full of people who do all manner of inadvisable and destructive things to their bodies. This is the least of it. What’s happening is that a group seen as defiantly going against the prevailing mass hysteria must be put down. Normal human fellowship goes out the window. “The truth is that pity was dangerous, for it was thought no one could have compassion on the sufferings of a witch who was not a dabbler in the art,” Charles Mackay in his Madness of Crowds.

It bears repeating and repeating ad nauseum: COVID is not the Black Death. It carries little material threat for the healthy; mostly it carries off the old and infirm. The median age of death in Australia and elsewhere from the virus is greater than the overall median age of death. Nonetheless, I don’t want to downplay the seriousness of the disease. For the aged with serious underlying conditions, it is fatal in a sizeable proportion of cases, robbing them of valuable time on this earth.

The ABS reports a case fatality rate of 35 per cent for men and 24 per cent for women aged 80 to 89. Though these percentages are higher, by definition, than the corresponding infection fatality rates and far higher again than the corresponding population fatality rates, they provide good reason to protect the vulnerable and encourage them to consult their doctors on taking the vaccine. It is not a good reason to become hysterical and victimise those who choose not to take the vaccine. But, of course, once rampant hysteria is afoot, it generates its own fuel and keeps going.

Enter the so-called ‘epidemic of the unvaccinated’ and, separately, the supposed risks to others posed by the unvaccinated. As to the first, dismiss it out of hand. Yes, during the initial aftermath of mass vaccinations, the unvaccinated are more likely, pound for pound, to become seriously ill or die. But if that were the real ongoing problem, why the focus on booster shots? The real ongoing problem is that the effectiveness of the vaccines wane. That’s why in the UK during October (from the 4th to 31st), of the 3,604 people hospitalised aged 70 and over, 3,164 had been fully vaccinated.

It is a sad truth that one malady of academia is a lust for public relevance. Academics gain promotions by writing for learned journals but no one reads them. And they can’t make exaggerated claims (at least outside of climate science) – which might get them publicity – without evidence. Never mind, The Conversation, “Academic rigour, journalistic flair” says its calling card, provides a forum. If you have ever read it, any old tripe gets you in provided you’re an academic and not a climate skeptic. And so it is that Andrew Robinson (CEO of the Centre of Excellence [?] for Biosecurity Risk Analysis at Melbourne University) and his colleague Christopher Baker (research fellow for biosecurity risk) had published an article, dated October 28, which claimed that “your unvaccinated friend is roughly 20 times more likely to give you COVID.”

On what evidence is this publicity-seeking claim made? Not much, to be outrageously generous. Let me quote their evidence.

Now you can see now why Baker, the research fellow in statistics, is needed. To do the sums. Ten-times multiplied by two-times equals twenty-times. Go to the top of the class. So, recent reports and tenuous modelling, neither of which is properly sourced, explained or critically evaluated. give rise to a worthless piece of garbage output.

Academic rigour, journalistic flair? Flatulence has more to recommend it.

Incidentally, consider those unnamed reports, cited by Robinson and Baker, from the Victorian Department of Health showing rates of infection among the vaccinated and unvaccinated. Only those bereft of inquiring minds would look no further. UK data for October (refer table 5, p 20) provide a more mature picture.

Only in the 29 years and younger age groups do unvaccinated persons per 100,000 become infected at a higher rate. Older than that, the infection rate among the vaccinated is, on the whole, about twice that of the unvaccinated. Go figure, but there it is. I doubt such data will find its way into The Conversation.

The Death of Europe