COVID Statistics by Dummies for Dummies 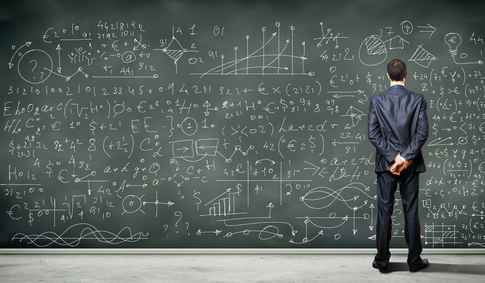 Statistics should be kept out of bounds to non-statisticians; most particularly, right now, to medical researchers and epidemiologists. I say this because of the statistical garbage they’re cobbling together and feeding to the gullible press. Incidentally, this is no disrespect to the press. It’s just a matter of fact not condemnation.

To wit, a headline in The Telegraph (UK): “Vaccinated people dying of Covid have average age of 85 and five underlying illnesses.” It turns out that this result came out of the Italian Health Institute which had examined deaths from COVID between February 1 and October 5, 2021. And the point? To show that deaths among the unvaccinated occurred at a younger average age of 78; to boot, suffering only four underlying illnesses. It’s worth a laugh.

How many 85-year-old Italians with five serious underlying illnesses survived the first waves of the virus? I suggest that the population of such people would have been seriously and disproportionately depleted. It is therefore unsurprising that their marginally younger and fitter septuagenarian cousins are more recently taking the brunt. Was this allowed for? I doubt it. Also, it is more likely that those aged around 85 are in protected care than those aged around 78. Was this allowed for? I doubt it.

I have seen research on people in hospital which is then extended to the broader population. For example, an observation (from a CDC study) that the unvaccinated are disproportionately represented in hospital beds was spun by the press to suggest that those vaccinated are less likely to be infected and thus less likely to pass on the disease. But if the vaccines work to reduce the severity of the illness, then there may be many more people out there who are vaccinated passing on the disease than there are unvaccinated people. Who knows? What we do know is that the population in hospital is unlikely to be representative of people not in hospital. Wrong population upon which to base any general conclusion.

On a number of previous occasions, I have drawn attention to a study published in the New England Journal of Medicine (NEJM), relied upon by our health authorities, which indicated that vaccinations had no effect on the rate of spontaneous abortions up to twenty weeks after conception. But 700 of the 827 women in the sample had not been vaccinated until their third trimester. Wrong sample population. Incredibly wrong, you might say, to understate the case.

A Scotland-wide study on the effectiveness of vaccines published in the NEJM this month, included this finding:

There seems little doubt that the vaccines have a protective effect. But this finding is passing strange.

First of all, deaths among 16- to 39-year-olds are rare. I will guess with confidence. Those who died had serious underlying illnesses which left them vulnerable and which also may have dissuaded them from risking vaccination. Did the populations of those who lived and those who died share the same health profiles? Or, were those who died being matched against the wrong population?

I dipped again into The Drunkard’s Walk by Leonard Mlodinow, a fascinating book on psychological-cum-statistical illusions. In one part he covers his own case of being diagnosed with HIV in 1989. At that time, the CDC reported that 1 in 10,000 heterosexual, non-drug-taking white males who got tested were actually infected. However, the false-positive rate was one in a thousand. Having tested positive, his doctor (of epidemiological turn of mind) told him that the chance of him not having the disease was only one in a thousand. Wrong population, Doc.

In fact, as Mlodinow points out, as soon as he tested positive, statistically-speaking, he formed part of a population of eleven who had tested positive; ten of whom did not have the disease. Thus, his chance of having the disease was not 999 in one thousand, as his doctor concluded, but only one chance in eleven. Thankfully, he didn’t buck the odds.

COVID statistics have become the weapon of choice for those want to scare people witless and to promote lockdowns, social-distancing, masks and mandatory vaccinations. Frighteningly, among some, this forms part of a pretext for replacing individual rights with collectivism. But that’s another story.

More mundanely, two problems attend the use of statistics. One is sheer statistical ineptitude among medical researchers and the media. A second is confirmation bias among researchers aiming for plaudits and publications rather than the truth. A bias common to many fields of inquiry; including, of course, most notably, to climate change.

The moral of the tale. When you see a statistic published in the press, harbour the distinct possibility of it being a damned lie.