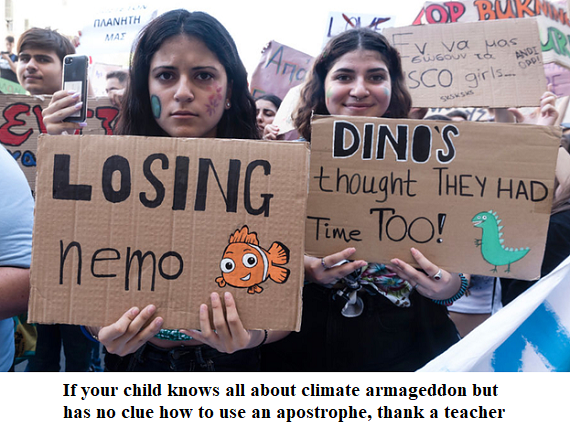 The late philosopher and cultural critic Roger Scruton in his book Conservatism details the emergence of what he describes as “cultural conservatism”.  Scruton defines this as an intellectual movement centred on “exploring the roots of secular government in the Christian inheritance, and the place of religion in a society which has made freedom of conscience into one of its ruling principles.”

In response to disparate threats ranging from fundamentalist Islam and totalitarian communism to free market neo-liberalism and neo-Marxist inspired political correctness, Scruton argues cultural conservatives seek to re-establish “confidence not in our political institutions only, but in the spiritual inheritance on which they ultimately rest”. The freedom and liberties we take for granted have not arisen accidentally or spontaneously but have evolved over thousands of years and are unique to Western civilisation.   The price for freedom is eternal vigilance and unless acknowledged and defended what is most valuable soon disappears.

Such are the threats to the West’s freedoms and way of life Scruton counsels, “We must rediscover what we are and what we stand for and having rediscovered it, be prepared to fight for it.  That is now, as it has ever been, the conservative message”.

Proven by recent events it’s clear Australia, in addition to being threatened by external forces including fundamentalist Islam, communist China and globalisation, is also under threat from enemies within.  Enemies who, instead of acknowledging and defending our institutions and way of life, consistently attack, undermine and disparage what is most precious.

Cultural-left academics committed to postcolonial and critical race theories argue Western civilisation is racist and guilty of oppressing those considered inferior.  The arrival of the First Fleet is condemned as an invasion leading to genocide and students taught to embrace diversity and difference and encouraged to see themselves as global citizens instead of proud Australians.

While the Australian national curriculum presents a black armband view of history and prioritises teaching Aboriginal and Torres Strait Islander culture and spirituality, what we owe to Western civilisation, especially liberalism and Judeo-Christianity, is either belittled or ignored.

Freedom of conscience and freedom of expression are also under attack where anyone who dares question or disagree with politically correct ideology and mind control, with rare exceptions, is immediately condemned and vilified in the media and on social networking sites. Question multiculturalism and you are xenophobic, doubt man-made global warming and you are a “climate denier”, argue marriage involves a man and a woman and you are heteronormative, homophobic and worst of all Christian.  As George Orwell describes in his dystopian 1984, those in control have weaponised language to enforce group think. Instead of tolerating diverse views and rational debate people now lose their jobs or face being dragged before anti-discrimination commissions for simply speaking what they see as the truth.  Ignored is Orwell’s statement “If liberty means anything at all, it means the right to tell people what they do not want to hear”.

As argued by America’s non-binary feminist, Camille Paglia, such is the dominance of cancel culture that “we are plunged once again into an ethical chaos where intolerance masquerades as tolerance and where individual liberty is crushed by the tyranny of the group”.

What’s to be done?  It’s vital to call out political correctness for what it is and what it seeks to do.  Political correctness, and it’s most recent manifestation, cancel culture, are not about ridding society of unfair discrimination; instead, both are critical aspects of the cultural-left’s long march to subvert and overthrow capitalism, Judeo-Christianity and Western society.

As argued by John Howard when prime minister, it’s also critical for cultural conservatives to enter the public square and engage in the battle of ideas.   If the field is vacated the battle is already lost.

Resisting the enemy within while acknowledging its faults requires defending what is most beneficial about nations like Australia.  As detailed in David Kemp’s books on liberalism in Australia we have inherited a profoundly liberating and empowering political and legal system that champions popular sovereignty, equality before the law and the right to life, liberty and the pursuit of happiness.

As noted by Roger Scruton and also argued by the Perth based academic Augusto Zimmermann underpinning our political and legal institutions is the New Testament and Christian concepts like the inherent dignity of the person, the need to love thy neighbour as thyself and to promote goodness and resist evil.

While the cultural-left seeks to banish religion from the public square, arguing it has no role to play when deciding public policy and government legislation, it is also critical to point out that without a strong moral and ethical compass societies, proven by communism and fascism, soon descend into chaos and barbarism.

They are the choices conservatives face: endorse the cultural-left with silence or confront the nascent barbarism before its roots dig even deeper.

Dr Kevin Donnelly is a conservative author and commentator and he edited cancel Culture and the Left’s Long March (available at kevindonnelly.com.au)

Stoning as a Last Resort