The Rebranding of Abortion Inc. 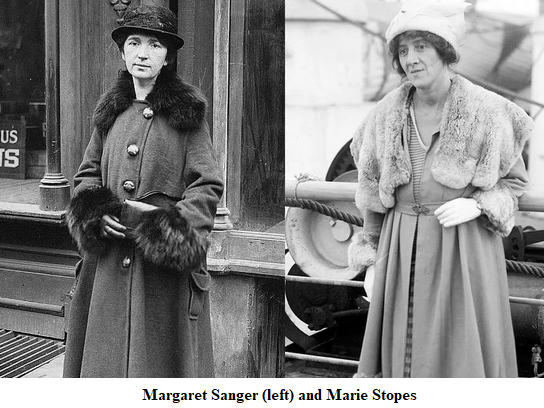 “Brand resistance” is a fact of life in the world of commerce and marketing. The resistance might be sane and logical – you’re not going to buy a car if it has a reputation for the wheels falling off – or it might be plain idiotic, like the objection you may remember to Coon Cheese as “racist” when the name came from the product’s inventor. It might be pure opportunistic attention-seeking as happened in Melbourne a year or so ago when a tiresome leftist pipsqueak, “music critic” for the dreary Saturday Paper, attacked “Colonial” as a name for beer.

The response can vary too. Coon caved in, or said it would, giving the troublemaker cause to gloat and anyone not infected with the current pandemic of wokery a reason never again to purchase anything made by its craven owners, the Canadian company Saputo. Colonial sensibly waited and, denied the oxygen of apologies, the row fizzled out. But when some time ago the late Colonel Sanders’ successors found their “Kentucky fried” chicken under attack by health cranks they simply dropped the name and reverted to the initials. “KFC” remains as fried as ever, but its consumers, no longer reminded of that, need not feel like dietary miscreants.

Up there with the Colonel and Saputo and other multinationals is the international “pro-choice” or abortion industry. Foeticide, a by-product of toxic feminism aggressively pushed by the UN, “aid” agencies and hard-left ideologues such as Daniel Andrews in Victoria, makes fortunes for its “providers”, and as in any other multi-million-dollar business, abortionists are alert to their brand image. They could just call themselves “Abortions R Us” but they don’t; a name like “Planned Parenthood” sounds much nicer, and in the case of this big US aborter comes with a reassuring motto to soften the image, “Better Health. Stronger Future”.

In reality Planned Parenthood is not that nice, and has been accused of running a gruesome trade in body parts “harvested”, i.e. sliced off the foetuses it has aborted. Its history is pretty unsavoury too. It was founded in 1948 by “sex educator” Margaret Sanger (1879-1966) who was keen to see “the poor”, i.e. mainly blacks, limit their offspring, as she demurely put it, to the number they could afford. One gathers that if the number were zero that would have been fine by her. She regarded blacks as inferior to whites – BLM’s attitude in reverse. She showed great enthusiasm for eugenics too, and was always happy to help society improve itself by “the elimination of the unfit”. How that hasn’t had her crucified by the ferociously PC “people with disability” lobby is a mystery. Instead Planned Parenthood, in the United States, is a valued contributor to the progressive program for “social justice”. In the last full year before the pandemic, Planned Parenthood destroyed 350,000 foetuses. That’s about 1,000 potential human beings a day denied the opportunity to be born. In a society concerned about human rights, how do we categorise that? Isn’t it a form of genocide?

A forerunner of Margaret was Marie Stopes, whose debut into the lucrative world of “women’s health” took the form of a “family planning” clinic she opened in London in 1925. Its successor, Marie Stopes International, now has 600 abortion mills in 37 countries – many of them, naturally – in Africa. Its website is replete with smiling photographs of happy women, all radiating gratitude at the assistance afforded them in matters of “health” by Marie’s dedicated successors. Head office is a place of smiles too, now that President Biden, as keen an enthusiast for abortion as any when he can remember what it is, has generously reversed Donald Trump’s withdrawal of American subsidies to international abortionists, which left Marie Stopes International, it complains, with “a funding gap of $50 million”. Happy days are here again in the abortion world.

Indeed, subsidies or no subsidies, business hasn’t stopped booming. The “Global Impact” page on the Marie Stopes website wasn’t working when I checked, but reliable sources put the total of abortions it carries out all over the world in the millions.

Naturally, the heirs to Marie’s mantle don’t present abortions in such stark terms, but dress it up as “empowering” women to take control of their lives. “Every day,” their website piously announces, “our teams around the world meet thousands of women… our mission is to ensure every single one of them has the knowledge, tools and power to build the life they want.” (Perhaps that ungrammatical “they” instead of “she” is to avoid the ire of pronoun fascists, since according to current “gender” doctrine there is no reason why “men” can’t have abortions. I wonder how many of those Marie Stopes has on its books.)

And talking of “the life they want”, Marie did not approve of inter-racial marriage, so let’s hope none of the abortionists “meeting thousands of women” in Africa finds romance and dreams of wedding bells.

Marie, like Margaret, wanted to get rid of the unfit and recommended compulsory sterilisation as the most effective way. Otherwise – she didn’t mince her words – we’d have to put up with an “ever increasing stock of degenerate, feeble-minded and unbalanced who will devastate social customs… like the parasite upon a healthy tree.” Is that what Julie Mundy, “chair” of Marie Stopes International Australia, describes as Marie’s “socially innovative and courageous approach”?

It is no surprise that Marie, like Margaret, was a devoted fan of Hitler and his über-determined efforts towards the elimination of the unfit. If she was just a little bit envious at his greater achievements in this regard she never said so, and, having poetic aspirations, generously encouraged his efforts in verse, writing at the height of the Holocaust.

Catholics and Prussians,
The Jews and the Russians
All are a curse
Or something worse

But back to brand images. After years of pushing contraception and abortions in the name of a misanthropic poetaster, Marie Stopes International has realised that their foundress is no one to brag about. To shed the association but keep the substance they’ve come up with the brilliant idea that Marie Stopes International should follow the Colonel Sanders technique of brand refreshment and switch to initials. Henceforth its MSI Reproductive Choices.

Choices? Well, as I said, not for everyone, but what’s that compared with the prosperous future awaiting the rebranded MSI and all the other peddlers of secular “social justice” in the “Great Reset” the globalist élites are cooking up to keep us in place, and of which population control, in every sense, including lockdowns, is an essential element. In that chilling new world, with the G7 and sinister Klaus Schwab and George Soros pulling the strings, “empowerment” will be only for the few.

The Extreme Moderates of Islam

Early Christmas for the ARC crew