A COVID Conundrum for the Cognitively Consonant 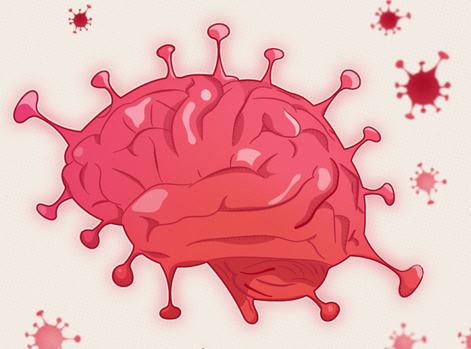 Statistics can be wielded to suit a purpose. Lies, damn lies, and statistics, as it were. Climate change is replete with statistics. If you’re like me, you can’t keep up. Help me. Is it a record if it is the hottest day since 1932?

COVID comes with statistics. The number of cases is the most favoured statistic of them all. A case is registered when someone who most likely isn’t the least bit ill gets tested and is found to have the virus. Why would you get tested voluntarily if you are not ill? That’s one of those sweet mysteries of life. I can offer no explanation.

Deaths is the next favoured statistic, with hospitalisations coming in third. In itself this relegation to third place is also a bit of a mystery; if you recall that flattening the curve, popular near the beginning of 2020, was all about ensuring that hospitals could cope.

So far there have been over 206 million cases worldwide, according to Worldometer‘s latest numbers as of August 13. But remember, if you’ve had it and have not been tested, you’re not a case. So how many infections have there actually been? As the disease is asymptomatic or very mild in children and young healthy people, the number who have been infected might, possibly, be some multiple of 206 million. I don’t know. No data. You guess.

Deaths are more matter of fact than cases. Dead bodies are hard to invent or ignore. However, death leaves enormous scope for allocation among many causes. If a dead person had three morbidities which one to hold responsible is not an easy matter to determine, I would think.

Doctors, I’m sure, do the best they can. But there have been stories of pressure on doctors and hospitals to assign COVID as the cause, if present, whatever other morbidities are present. How much that has inflated the numbers (now reportedly 4.35 million deaths worldwide) I don’t know. On the other side, Greg Sheridan, a COVID worrywart, suggested that deaths in India were significantly undercounted. So the data might not lie, but what is the data?

This isn’t. Public Health England claimed in its weekly surveillance report (August 12, page 18), via its modelling, that vaccinations had saved 84,600 English lives (up to August 6). Funny, it claimed only 60,000 lives saved (up to July 23) in its previous report (Page 18). Nearly 25,000 lives saved in two weeks! A miracle of modelling.

Actual recorded (not modelled) deaths from all causes, broken down by cause, across 2019, 2020 and 2021, which won’t be available until well into 2022, might provide some guidance in assessing how many (net) deaths have resulted from COVID, at least among countries whose data is halfway reliable. Though, again, it will be complicated. Lockdowns will have both saved lives (for example, from accidents) and cost lives (for example, from delays in diagnosing illnesses and from self-harm).

Trying to get a better handle on the data is one thing, trying to put data into a well-rounded perspective is quite another. The first is susceptible to rational inquiry. The second is undercut by COVID derangement syndrome (CDS). Reason fails. One characteristic of CDS is mawkish sentimentality; another is cognitative dissonance.

On mawkish sentimentality, witness the Prime Minster referring to each death from COVID as not just a tragedy but a “terrible tragedy.” Let’s try to get rational.

Most people who die of COVID have other debilitating morbidities, including diabetes and obesity and are generally old. Nevertheless, a death is death you might say. But I would counter, death is commonplace among the old and ill.

Since Australia’s first reported death in March 2020, 947 people have reportedly died from Covid (at Aug 13). The federal Department of Health reported that the median age is 86 years. That, I think, gives a grounded perspective on COVID deaths. Those dying from the virus are generally older than those dying of all other causes taken together. However, to be fair, that is a partial perspective.

The closest companion to COVID is perhaps influenza-related pneumonia. The median age of death from this cause is recorded in 2019 as 88.8 years. It would be a very rough and ready guess but you might conclude from this that those dying from COVID were robbed of 2.8 years on average. This would mean that the virus has taken from Australia 947 times 2.8 years, equalling 2,652 years of life in total. That’s not a small thing, but it is dwarfed by lives lost to cirrhosis.

If the 2011 people who died from cirrhosis in 2019 had lived to the median age of death (to 81.7 years) an additional 33,584 years of life would be gained. Those dying from self-harm: an additional 93,744 years. And, note, I haven’t even broached the death of children, which I do regard as tragedies.

I don’t know the secrets of the universe, but am prepared to throw it out there. Someone dying from any disease in their eighties, their late seventies even, cannot be said to be a terrible tragedy, whatever the cause of death. Sad, of course, for family members and friends. Not a tragedy. On this measure, not many COVID deaths have been tragedies.

On cognitive dissonance, there are a number of examples. People in the outdoors walking around with masks; even running and bicycling, some of them. I mentioned before, people who are not ill queuing for hours to get tested. Premiers and their health officers triumphantly announcing the death of any young person from COVID, while studiously proclaiming to have no knowledge of whether the unfortunate person had any underlying vulnerabilities. This is a particularly curious one from the Jerusalem Post 12 August: “In an effort to curb an ever-climbing number of new corona cases – including a serious cases hitting a new fourth wave of 400 – the corona cabinet met … and passed a new set of restrictions.” Hang on to the figure of 400. You’ll see it again.

What are these new restrictions? They widen the scope of COVID passports (“green cards”) and now require them starting from age three (yes, no misprint, 3). Those unvaccinated “will be required to present a negative Covid test before entering swimming pools, gyms, academic institutions, sports and cultural events, conferences, museums, libraries, restaurants and hotels.”

Now peruse this, in the same account (emphasis added):

On Wednesday morning, the Health Ministry reported 694 people were being treated in Israeli hospitals for the virus, among them 400 in serious condition, with 64% of those patients defined as serious cases being fully vaccinated.

Something is amiss here, is there not? Vaccinations are the ticket to freedom. Yet, almost two-thirds of hospital patients in a serious condition are fully vaccinated. Confusing? Only to the cognitively consonant.

The Long Arm of the Law (in your pocket)