An Ever-Mutating Strain of Anxiety 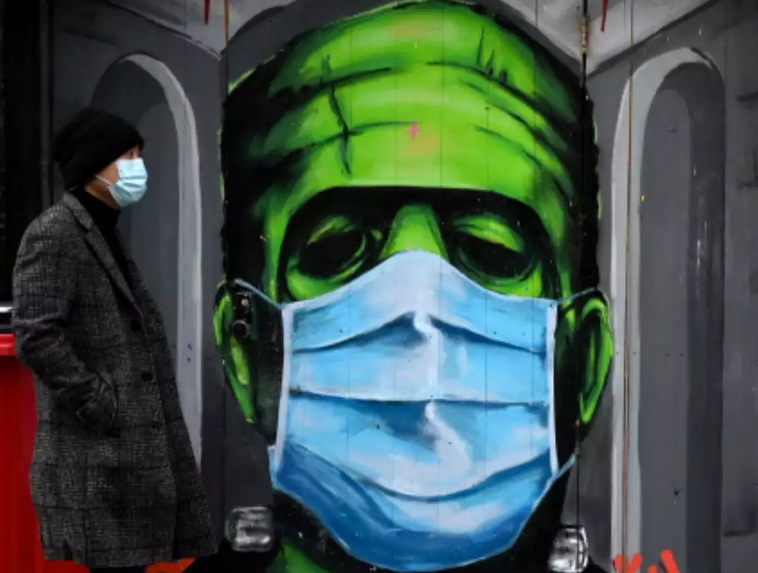 According to Henry Ergas (The Australian, July 16), “our population fatality rate from COVID … has been four times that due to the flu in its harshest seasons.” “¿Que”, as Fawlty Towers‘ Manuel might say. Deaths from COVID in the 16 months from the first death equals 912. Deaths from the flu in the twelve months of 2019 equalled 812. No evidence of arithmetic being a strong suit here, just more COVID misinformation. Feed for panic pimps. And, in passing, for those every-death-is-a-tragedy junkies, know that more than 169,000 Australians died of all causes in 2019.

But it’s not that but this, with a caveat to begin. I have no expert knowledge at all about germ theory, virology or epidemiology. To be frank, I’m not sure what the word ‘expert’ is doing in the foregoing sentence. No knowledge to speak of at all would be closer to the truth. Nevertheless, I did study economics, which apparently can make you a cited guru on climate science, witness Nicholas Stern and our own Ross Garnaut. Ergo, I see no reason why it should not also give me standing when it comes to germs and, to the germ of the moment, the dreaded virus.

A first thing to say is that in the kingdom of the blind the one-eyed man is king. I observe around me such incredible ignorance that I sometimes have to quell an upsurge of hubris. C S Lewis (Mere Christianity) tagged pride as “the great sin.” I can only deflect my culpability onto Their ABC, which studiously inculcates ignorance in its listeners and viewers.

Incidentally, having tuned into BBC world news the other day I can vouchsafe that it, too, is spreading tendentious misinformation; in this case of “restrictive” voting laws in Texas and Australia’s laggardly performance in tackling, as Kevin Rudd would have us believe of climate change,  “the greatest moral challenge of our time.

I will start proper by showing how clever I am by noting that the Wuhan virus is no more invisible to the naked eye or silent to the ear than are other viruses. It’s not more sinister in those respects at least. Nor does it, or any of its Greek-lettered strains, specifically target people in Sydney’s southwest, as suggested by Brad Hazzard, esteemed minister for health in NSW. It has no guidance system onboard, no mind of its own.

Engaging in anthropomorphism might be forgivable among besotted owners of man’s best friend; not when it comes to germs. And not when it comes to frightening the daylights out of ABC viewers, even if you think they deserve it; nor out of what once were known as New Australians in southwest Sydney.

Having a rough acquaintance with evolutionary theory is also quite important for understanding viruses. Again, the theory of evolution is another missing link in the thinking of the average Jack and Jill. Mind you, in general, that’s no bad thing. What, yet another ancestral human species? Not one but two in June this year. “Nesher Ramla Homo type” in Israel and, the more evocatively named, “Dragon Man” in China. Hold the printing presses, more will certainly be on the way. Some artist has imagined the way Dragon Man might have looked. Sorry, but I have seen people like that today. No places, names or pack drill. Note, there’s money and academic vainglory in those dug-up old bones if they can be slotted into some imaginary evolutionary tree. Think Piltdown Man in order to remain sceptical as yet more discoveries are unearthed and publicised in the popular press.  Enough of my cynicism. Back to viruses.

Viruses self-replicate. Copying errors occur. Mutations result which can lead to alterations in a virus’s surface antigens – we all have seen those impressions of the virus looking rather like a colourful sea mine. The protuberances are proteins, I believe, on which the antigens sit. Apparently, our immune system recognises these antigens in fighting a virus. If the antigens change, our immune system – whether natural or bolstered by vaccination – might become ineffective.

Go a stage further down the evolutionary track. Doing us in is terminal for the mutant strain. End of the game. Undertakers will be busy but only for short while. On the other hand, take the mutant strain that avoids our immune system but just makes us sick or, better still, has little or no serious effect. This latter strain is the one most likely to survive and thrive. It can grow among the community unchecked. And perhaps better still for it, and us, it might teach our immune system to fight off any new mutations which would have a more deleterious effect if they were ever to get a hold.

So far, not anxious. In general, nothing to fear, unless you are one of the first to contract the virus and die. Viruses become less lethal as natural selection has its way. Phew!

But hold on. I read from an authoritative medical source, of which I have since lost track, that if a virus does not fully succumb to an ant-viral treatment, a resistant strain may repopulate the host. Apparently, the remedy is to use multiple antivirals to limit the possibility of a resistant strain, wait for it, getting loose.

This brings me to the current experimental vaccines which are not vaccines in the sense of preventing people from subsequently getting the disease. We are told that vaccinated people can still get the disease and pass it on. In fact, I read a report on Friday morning that a woman in her forties in Queensland fell ill (“fell ill”) with COVID on July 13, having had her second jab of Pfizer in March.

That, by the way, in a nutshell, is why our freedom might become an historical relic. But to the point, what is being caught and passed on from those who have been fully vaccinated? Presumably, something which has a resistant genetic makeup. A resistant strain on the loose? I’m not sure. Did I mention I have had no medical or epidemiological training. I’m just a concerned citizen.