‘Good cheer’ in defeat be damned 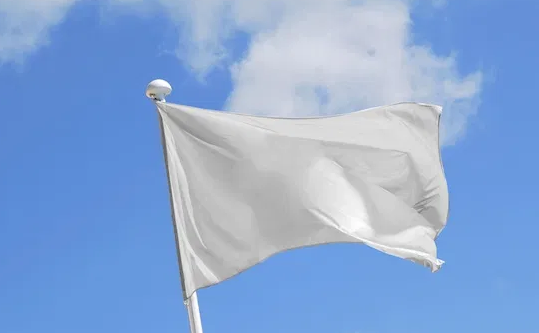 Against my better judgement I read a long article by Greg Sheridan in The Australian on Saturday, “Did Trump destroy evangelical Christianity?” As usual much good stuff mixed with Trump Derangement Syndrome (TDS). It’s sad really. Sheridan’s a good writer derailed by TDS and more lately by CDS (Covid Derangement Syndrome).

Be that as it may, Sheridan should not say Trump “lied relentlessly” without giving examples. My advice, try to find some whoppers, save them to a separate file, and then paste them into any future articles which mention Trump; which, perforce, will label him a liar.

Lying is a terrible thing. `It’s best not to lay the charge unless it’s justified beyond doubt. I once wrote that Julia Gillard lied about something. I needed to back that up and believe I did. Lies are not inadvertent falsities or fibs or inconsequential exaggerations or mistaken expectations or projections. They are deliberate and conscious false statements meant to deceive.

Speaking of the Devil, Jesus said “for he is a liar and the father of lies.” (John 8:44) To reiterate, best to be careful when we lay the charge of lying relentlessly. Sheridan should take particular note. He’s a Christian not an atheist-leftie whose views are of no account.

But this isn’t principally what I want to talk about. I want to talk about Sheridan’s take on how Christians should combat what he accurately describes as the cultural “madness” infecting our society. He notes three wrong tactics. Go to total war, surrender, or to retreat into ghettos which, by the way, is advocated by Rod Dreher in The Benedict Option. So, what does he advocate?

“The right path is… continued engagement with the culture, insistence on proclaiming the truth, but taking both victory and defeat with good cheer.”

Get a sense of why we are losing?

Also get a sense as to why Trump is so despised by pantywaist conservatives; unfailingly cheerful in defeat. Maybe they think the crocodile will eat them last or not eat them at all. Make no mistake, this nouveau-Marxist crocodile is not for turning – to mix and mangle the wisdom of two great British politicians of the past. Take both victory and defeat with good cheer? Really!

Exactly what victories has our side won in recent years, before or since Trump? At least Trump stemmed the tide; a little. Let’s see, in Victoria it is offence to discourage a teenage girl from permanently disfiguring her body if she mistakenly believes she has been born the wrong sex. Are double mastectomies on young girls defeats we have to treat with good cheer?

How about late-term ‘abortion’? How about instructing white schoolchildren to feel guilty about their racial identity and those of colour feel hopelessly oppressed? How about discrimination in favour of those with the “right” racial characteristics? How about cancelling and ruining the livelihoods of those (ungoodthinkers) whose views offend the prevailing politically-correct-atheist orthodoxy?

Should Israel Folau, a lay preacher at his church, take in good cheer being banned from playing his sport because he accurately paraphrased 1Corinthians (6:9-10). Should all we Christians take it in good cheer? Of course, its complete defeatism to do so. Might as well meekly hand over the keys to the kingdom.

Trump didn’t cower. He stood up for religious freedom. He ousted courses on Critical Race Theory from US government departments. But he was fighting alone, albeit with a few loyal disciples and his family. Those few in the media who might have been disposed to help mostly carped incessantly about his style, go hang his actions and polices. It is dispiriting. When we had a knight up for the fight, the cut of his jib didn’t suit.

What then is to be done? Wait around for someone with Trump’s strength of character, resilience and conviction but who is unfailingly diplomatic and polite. Another Ronnie Reagan maybe. Take it from me, Trump, Reagan and Thatcher and Churchill, to go back a bit further, were all one-offs.

We looked a gift horse in the mouth with Trump; or they did. Never mind, when the hangings start, we can be Cheerful Charlie Christians

Count me out. Let’s be as Trump-like as we are able and fight the good fight with all our might.