Trans activism and ‘The Pill of Murti-Bing’ 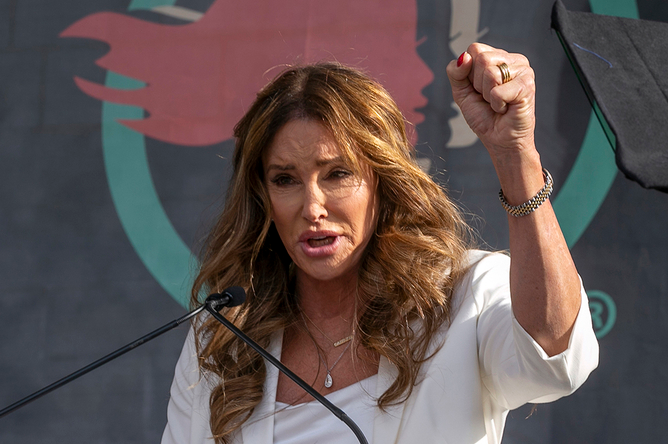 In the early twentieth-century novel Insatiability by the Polish writer Stanisław Ignacy Witkiewicz, the fictional Mongolian philosopher Murti-Bing creates a pill that solves the problems of philosophy. The medicine cures all the puzzles of human existence. All metaphysical, political, ontological, epistemological and ethical questions lose their mystery for those who take the pill. Thinking becomes, in the world of of Murti-Bing, superfluous.

Many years after the publication of Insatiability, Nobel-prize winning dissident Czeslaw Milosz used The Pill of Murti-Bing to explain the effect that the Marxist philosophy of dialectical materialism had on people in communist-controlled Eastern Europe. Milosz argued in The Captive Mind that dialectical materialism was so pervasive in the Soviet Bloc, where it was the official ideology, that people became almost schizophrenic trying to believe what the state claimed was true against the evidence of their own eyes.

It was impossible, in other words, to be a free-thinking, logical, ethical human being and to believe in the philosophy of dialectical materialism. You could believe nonsense or the truth but not both at the same time. Those who tried to make dialectical materialism adhere to reality suffered psychological problems. The conflict in their mind became manifest in their speech, in how they wore their clothes, in their mannerisms, even in their gait. They laughed too quickly at politically licensed jokes. They feigned enthusiasm about the second-rate art, sport and music sanctioned by the regime; they became manikin-like in their ability to hide the normal expressions of joy, anger or confusion that are a part of being human, and they discussed everything as if they were mindless automatons reading a script. Public and private life was torn apart. This behaviour became the everyday psychology of an unjust society because people were terrified they would inadvertently betray what they believed in their hearts. The result was a world based on fear.

Communism, then, like all cults, creates a form of neurosis, it makes you small-minded and forces you to live a lie, that’s if it doesn’t imprison or kill you, but it is not the only ideology that causes cognitive dissonance.

The Pill of Murti-Bing is the essence of ideology. There is one truth that explains the world and to deviate from its prescriptions makes you a heretic and an immoral person. This is the antithesis of human dignity. In recent years, we have once again entered the world of The Pill of Murti-Bing. And nowhere is this more apparent than in the issue of trans rights.

GREAT philosophies have many things in common, but they share one thing in particular  – they speak to both the most intellectually humble and to the most intelligent people in a community. This is why the words of Jesus, Buddha, Mohammad and Confucius resonate with people in ways that the words of Einstein, Leibniz and Frege, for example, do not. In order for societies to survive and flourish ordinary people need abstract intellectual ideas to match, in some way, the reality of their everyday life. Science, thus far at least, has not answered the question of what gives life meaning, and possibly may never answer this question, which proves that even science, which is the greatest method yet devised to determine facts about the world, cannot be the definitive guide to personal truth. This argument alone allows individual conscience, no matter how irrational from another person’s perspective, to be a legitimate way for human beings to create value, worth and truth in their life. We cannot abandon or disregard this right if we want to maintain a civilised society. And nobody has the right to overrule this prerogative.

For all of human history a person with a vagina was a woman and a person with a penis was a man. Everything about sexual identity was related to this simple observation. The physiology, morphology, genetics, biology, psychology and other characteristics that made human beings recognisable as men or women stemmed from something that could be understood by everyone.

Trans rights, to be clear, are human rights. But in an effort to advance trans rights, we have been told, at the risk of being called bigots, losing our jobs, our reputations, or of being cancelled, to believe things that are beyond the powers of ordinary, logical human beings. This is not only unjust, it’s a recipe for the dissolution of rational thought and hence of liberal democracy.

Postmodernists, dialectical materialists, social justice warriors, critical theorists, and feminists view everything of which they disapprove as the antithesis of the Ship of Theseus classical thought experiment, which asked: at what point, if you remove one piece of wood at a time, is a ship no longer a ship. The arguments in support of the most extreme claims of trans activism rest on a form of a reverse Ship of Theseus. Instead of a ship losing its recognisable quality as a ship after so many pieces of wood are removed, trans activists insist that a single oar or mast is definitive proof that a ship exists. The almost infinite complexity of what makes a man or a women the thing they are is ignored. Thousands of studies outlining the hormonal, physiological, cognitive, biological, anatomical, behavioural, morphological and emotional differences between men and women are subject to totschweigetaktik, death by silence.

Moreover, a nebulous concept of gender theory, unprovable by definition, which privileges feelings is used to replace both science and common sense. This method of disputation can be used by anyone lacking intellectual and/or moral honesty to prove the most fantastical of claims. Nothing solid can survive this sophistry, even paradoxically the sophists’ own specious claims, which can be dismantled using their own methodology. So, to give a counter example of this fallacious argument, which focuses on one part of the ship while ignoring everything else. In a morphological species which needs two gametes to reproduce, men produce sperm and women produce ova. Sex, then, is binary. This cannot be changed with medication or surgical intervention. The logic of making a part represent the whole, could, if used by people with an anti-liberal agenda, undo the entire positive edifice of trans rights’ activism. It’s a paradigmatic case of being hoist by your own petard. Pushing anything to extremes causes a reaction, often a justifiable one.

What, then, can be done to ensure that trans people are protected while allowing ordinary people freedom of conscience? The answer is democracy and free speech. Democracy is the only political regime that protects human rights, which means that trans activists cannot expect or force people to believe things that challenge people’s cognitive faculties or consciences.

One way of ensuring the rights of trans people while not infringing others’ rights to freedom of conscience and freedom of speech is to recognise a new, internationally recognised category of sexual identity. This would allow trans people to retain their distinct identities while not forcing other people to betray their consciences. Feelings, though, or nebulous claims unsupported by scientific evidence or common sense could not be accepted as evidence of a trans identity. Evidence, grounded in a carefully defined set of empirical data, would need to be evaluated before one could be officially recognised as a member of the category.

And there must be a limit to the number of pronouns that are officially recognised. Creating a minefield of misgendered hurt feelings would encourage more problems than it solves. In other words, trans rights would be based on the concept of negative rights rather than positive rights. One criticism of this approach is that trans people could claim that they’re being treated differently to other human beings, but this objection is moot because trans people are already demanding that their unique sexual characteristics be officially recognised. Official government forms in many countries already have ‘other’ as a preferred designation. And the very fact that we are having a conversation, by implication, proves that something about this issue is unusual. The problem is not recognition, per se, but what form it would take.

The Pill of Murti-Bing is an affront to human dignity and so too is any ideology that forces people to say things which they don’t believe. Bullying is wrong. Words matter, concepts matter, ideas matter. We cannot have a functioning society where concepts are so porous that they mean anything. And we cannot maintain a psychologically healthy society when ideological conformity determines what can be thought or said. Freedom of speech and freedom of conscience are the twin pillars that hold up the civilised world. Without these rights our only way of resolving disputes is through violence.

No society can survive when one group forces another group, either by law or social sanction, to conform to a metaphysics with which they disagree. That road leads inevitably to tyranny. In a free society, individual rights always trump ideology.

Declan Mansfield is a regular contributor

The Boat People of Bethlehem

Letter from Paris: The Gutting of Notre Dame