Israel and Gaza: The Euphoria of Psychosis 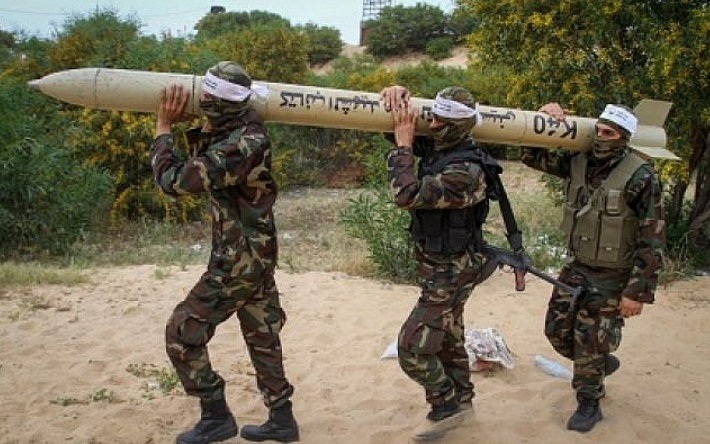 This is the euphoria of victory!” proclaimed Khalil al-Haya, a senior Hamas figure, in front of thousands of Gazans celebrating the end of hostilities between Hamas/Islamic Jihad and Israeli Defence Forces (IDF). An estimated 232 Gazans were killed during the latest hostilities, some by Hamas and Islamic Jihad’s own rockets. The local real estate was (once again) left partially in ruins. But a victory is a victory for the two terrorist groups that jointly rule Gaza – even when they have suffered a defeat. Now why, exactly, might that be the case?

This latest “triumph” by Hamas and Islamic Jihad over the Isreali Defence Forces (IDF) follows on from their brilliant “success” in the 2008-09 Gaza War and the 2014 Gaza War. If Hamas and Islamic Jihad keep up their winning ways a prospective 2026 Gaza War, or perhaps a 2028-29 Gaza war, will see the entirety of Gaza reduced to rubble. But our Islamo-terrorists can dream, can’t they? Approximately four thousand rockets were fired at Israel during the 11 days of the 2021 Gaza War, some even making all the way to the Isreali heartland of Tel Aviv. Next time there might be be 6,000 or maybe 8,000 Iranian-financed missiles raining down on “the brothers of apes and pigs”. Armageddon conceived along these lines is what keeps the like of Khalil al-Haya forever posing before the world’s media with a V-sign for victory. Once Jerusalem is vanquished (or obliterated) by Hamas’s Izz as-Din al-Qassem Brigades, or so the Salafi-jihadist narrative goes, a millenialist Islamic state will arise as surely as night follows day.

Inevitably, perhaps, the euphoria of radical Islamic psychosis is interpreted by our PC commentariat as something quite different. Informed by a bohemian-socialist sensibility, they see the 2021 Gaza War as a case of Jean-Jacque Rousseau’s “Noble Savage” defying colonialist “white Jews”. Our left-wing identiarians view the latest death and mayhem in much the same way  Walt Disney’s Pocahontas (1995) portrays the plight of the immaculate Powhatan Native Americans up against the “ravenous wolves” from across the sea who “devour everything in their path”. To put it in the parlance of the woke mob, the “white supremacists” have just spent eleven or twelve days waging an unprovoked war on People of Colour.

If you can make a fact-pattern fit the shape of your screwball ideology, then reality is just a mere distraction. The Sydney Morning Herald, perhaps chastened by the embarrassment of then-columnist Mike Carlton’s critique of the 2014 Gazan War, “Israel’s Rank and Rotten Fruit is Being Called Fascism”, played it more shrewdly this time. The SMH invited Asma Abu Mezied to write her eyewitness account – “I Don’t Think Gaza can Rise from the Ashes This Time” – of the damage inflicted on Gaza by the IDF. As an eyewitness to the events, Dr Mezied, the so-called women’s economic empowerment co-ordinator in Gaza, might be expected to have a touch more credibility than the buffoonish Carlton. And so, we should take her account seriously:

Over the past 12 days, more than 220 people have been killed, at least 63 of them children. Apartment blocks have been destroyed, roads critical to economic centres are pockmarked with craters, clinics and schools have been ruined and international media bureaus have been flattened on live television.

Nowhere in Mezied’s account, however, is there any mention that Hamas kicked off the latest carnage by firing 100 missiles at Jerusalem or that Hamas/Islamic Jihad ended up firing 4,000 missiles in the direction of Israel. Or that some of those dead 63 Gazan children, if that is a genuine figure, were as likely killed by misfiring rockets from her side of the border. Or that Gazan civilians were put in harm’s way not so much by the IDF but Hamas deliberately positioning their mobile launch sites in the vicinity of hospitals/clinics, schools and civilian apartments. The Islamo-terrorists, in other words, wanted – let us make that clear: hoped and prayed – their captive Gazans are killed in order to increase the martyrdom or propaganda factor. Mezied, prudently, does not mention Hamas or Islamic Jihad at all in her Zionophobic piece for the SMH. If we leave Hamas and Islamic Jihad out of the equation, if we dispense with the inconvenient truth that this terrorist duo started the war by firing 100 rockets at Jerusalem, then – yes – then Jews are, as Adolf Hitler, Hassan al-Bannah, Sayyid Qutb and Osama bin-Laden warned us, our cosmological enemy. Bring on the old blood libel, Asma Abu Mezied.

Dr Mezied, of course, omits Hama and Islamic Jihad from her report on the evil of Israeli Jews because she is savvy enough to know what works with the clueless PC brigade. The Gazans are the innocent Powhatans; the Israelis are “ravenous wolves”. Let’s not complicate the whole business for the simple-minded woke folk with the fact that Hamas has spent the seven years since the 2014 Gaza War acquiring rockets with longer ranges and bigger warheads, building more tunnels (known as “the Metro”), expanding the Izz as-Din al-Qassem Brigades, and developing more sophisticated electronic warfare. Let us ignore the claim by the IDF that 160 of the 230 people killed in Gaza were targeted terrorists and that the State of Israel values the lives of Gazan civilians more than Islamo-terrorists like Khalil al-Haya.

But even that, I am afraid, is not an end of it. Take, for instance, Mezied’s parting contention:

How many more times can we rise again? I don’t want to associate Gaza with the Phoenix anymore if it means we have to normalise the continuous suffering and trauma in the hope of being rebuilt once more.

If Mezied were able – or willing – to tell us the truth about the active, violent millennialism of Hamas, her opinion piece for the SMH would apprise us of the not inconsequential detail that Hamas is bent on triggering the Apocalypse and hastening the Final Judgement. The dawn of 1,000 years of Islamic peace awaits the long-suffering people of Gaza. One perfect day it will rise like a Phoenix out of the smouldering ruins and burnt flesh of Armageddon.

5 thoughts on “Israel and Gaza: The Euphoria of Psychosis”

Why Quadrant Is Vital