Lost in the Dark Alleys of Outrage 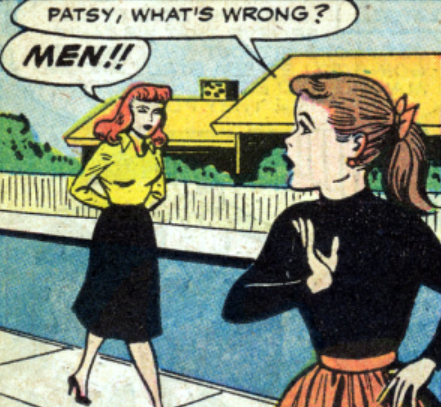 Read couple of articles a week or so ago which in different ways drew distinctions between the sexes. They coincided with the ongoing ridiculous hoo-ha about Christian Porter. Adults in the room should put that matter to bed and not keep rabbiting on about it, as I see they are still doing. Ditto, in my view, for all unsubstantiated and dated claims of sexual misconduct.

Such claims are too easy to make and usually impossible to rebut with hard evidence. People make things up. Yes, even women. Sometimes accusations are so fanciful that they are self-disqualifying. Those against Brett Kavanaugh and George Pell come into that category. Though as we know the stupid and malevolent bought into them; or the latter pretended they did. I think the accusation against Porter falls into that category too. It has the usually embroidery of make-believe.

For goodness’ sake let the man get on with his life. He’ll never be able to prove he didn’t do it. To paraphrase a previous comment of mine, I can’t prove that I didn’t trip an old lady up and steal her purse when I was a teenager. In fact, there’s a million and more villainous things I can’t prove I didn’t do.

Back to those articles. One by Brad Johnson, psychologist at the US Naval Academy, and David Smith, sociologist at the US Naval War College, suggested that it was time for men to fix the gender problem in the workplace. Men have to self-educate, attend to non-verbal language, be attuned to sexist language, learn about women of colour, watch out for imbalances of representation in the room, ask women about their experiences and, if you’re serving in the US Navy make sure of your readiness for war.

Tricked you with that last point. No, that wasn’t included.

I have worked with numbers of women in senior positions in the workforce. I simply don’t recognise the wilting flowers that men have to pussyfoot around. They have all been as confident in their roles as were men. Of course, there are needy people, men and women. Let’s not put that down to their sex.

It is discriminatory to put women in the position of being victims, of needing special attention. How demeaning. I wonder whether psychologists and sociologists in the armed services invent and encourage problems which only they can solve. Like arsonists among fire fighters.

This all said, men and women are different. All of us have the right, whatever that means, to walk down dark alleys unmolested. Personally I avoid them and advise women to do the same. However, I go further and echo Angus Campbell. Be especially wary as women of putting yourselves in vulnerable positions, including of getting blotto in social situations. Unfortunately, our rights to be unmolested are not recognised by villains. So far as women are concerned, it is best to deal with that by lecturing men who are not villains on how to treat women. That should work!

Another well-known difference, of a political kind, between the sexes was covered in an article by Greg Sheridan. He quotes voting figures and sources showing that women are more inclined to support left-wing candidates than men and less inclined to support conservative candidates. And it’s true. For example, Trump would have won sans women’s suffrage. Though who can tell? The Dems might have simply cheated harder, maybe.

The thinking, which Sheridan reiterates, is that conservatives have a problem with women. I like to put it the opposite way. Women have the problem. They have a greater tendency than men to support candidates and policies which will make us all, including them, poorer, less secure and less free. And to lay it on, they support parties which are more likely to form alliances with Islamists, which is hardly in the best interests of women. As Mark Steyn so well put it: I’ll be alright, I’ll just grow my beard longer.

How can the problem be solved? It can’t be solved by conservatives making overtures to women by changing what they stand for. Women in greater numbers have to be persuaded to see the light. With the education system, public broadcasting and social media in the hands of the Left, I’m not sure how that can be done. But that’s the task.

Negative messaging perhaps. e.g, Want the power to go off on a cold night / Want your husband or grown children to be sacked for having the wrong views / Want your young children to be schooled in queer and transgender theory / Want unruly gangs of young migrants roaming the streets? Then vote for left-wing or green parties.

But I don’t know. Perhaps there is no answer. Our civilisation is unravelling and will continue to unravel; with a little more help from women than from men. In this particular case, mourir la différence.

Rudd and the Muslim Brotherhood

Fat men can fight too

The academics who hate free speech