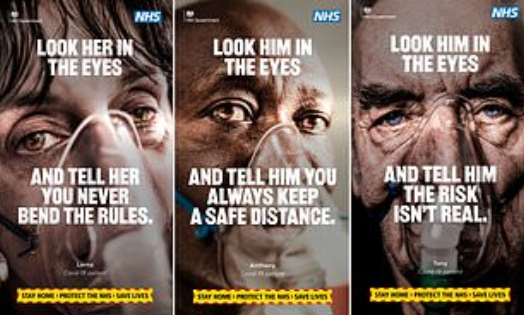 As a convinced lockdown sceptic since near on the start of this pandemic, in November of last year I put my money where my mouth was.  My wife and I hadn’t seen our two adult kids in a year.  Both of them live and work in London.  If we could, we were going to leave Australia (which has so few COVID-19 deaths, still under one thousand, that the virus is statistically an insignificant cause of death for the population at large) and head to London, epicentre of what the Boris government portrays as this scary, dangerous virus of plague-like lethality. Some friends thought we were crazy, others crazy brave.

First thing readers need to know is that Australia’s supposedly right-of-centre government has become so heavy-handed, dismissive of civil liberties and authoritarian that it doesn’t allow citizens – yes, Australian citizens – to leave the country without special permission.  You have to apply to some officious bureaucrat and beg to be allowed to leave.  (Unless you’re an important politician of course.  ‘We’re all in it together’ is false on every level, including who is and is not actually forced to stay in Australia.)  Still, when needs must I can grovel with the best of them.  And I had what looked like a case that with careful presentation met one of the bureaucratic criteria – making my application to leave no different than your average job applicant’s CV.  Long story short, we got North Korean-style permission to leave, and did.

My wife left six weeks before I did to help care for a very ill parent in our native Canada before transiting on to Britain.  I went straight from Oz, via Hong Kong, to London arriving on December 20.  Given that route and that timing, I didn’t have to isolate or anything else.  Just in time before the pubs were closed I was straight out for a pint, which some still vaguely remember.  Then Christmas took over.  We were staying with our daughter and actually had a great time right through into January.  Lots of drinking. Lots of walking.

That said, a few things struck me quite powerfully.  The first was how eerily empty London was as we walked around each day.  We wondered when the great city of London last looked so deserted – not during WWII’s Blitz, not during WWI or the Spanish Flu, not at any point going back at least to the 17th Century.  And for what?  For a virus that in no-lockdown Sweden has led to 5,000 excess deaths for the year.  Tops.  And that’s if you don’t correct for population growth or an aging population.  For a virus that has a fraction of a soupçon of the lethality of the Spanish Flu, and all that it has concentrated on the elderly and vulnerable (whom one might think should be the overwhelming focus of concern and action).

Next there was all the propaganda everywhere.  The BT tower made me want to vomit – ‘Stay inside. Stay safe. Protect the NHS.’   I always thought health services were there to protect citizens, not the other way round.  (Leave aside that for someone like me who has lived and worked in a lot of countries the NHS product is one of the worst I’ve ever experienced, perhaps marginally better than the health service in my native Canada but miles worse than Australia’s, New Zealand’s, and even Hong Kong’s.)  Meanwhile the orchestrated clapping was nauseating.  Can you imagine our ancestors clapping for the Battle of Britain pilots?  Or those pilots wanting this to be done?

And let’s not forget all the posters on bus shelters, straight out of some authoritarian government’s propaganda handbook. ‘Look him in the eye and tell him you can’t work at home’. Or ‘won’t wear a mask’.  Or ‘that’s it not that serious a disease’.  These slogans ran below a photo of some deathly ill looking chap with an oxygen mask.  Again, leave aside the subtle manipulation here that is involved in showing photos of actors far below 83 years old, that being the median death age from COVID.  It is also dishonest because it presents only one side of the equation.  The young are being decimated not by the virus – for them it is less risky than the flu – but by the government response to it.  Same for many workers in the private sector – though not, obviously, politicians and bureaucrats who will come out of these lockdowns that they themselves imposed better off materially than they went in.  Where are the bus shelter posters of students who’ve lost a year of their schooling, or the many tens of millions in the Third World who are now newly in poverty, or those who’ve lost businesses and family homes with the slogans ‘Look them in the eye and tell them these lockdowns were necessary’?

I also noticed that defenders of Boris’s supposed libertarian instincts had less and less plausibility as time went on during my seven weeks in Britain.  If Boris Johnson is a South Dakota or Florida Governor-type libertarian, with a whole-hearted commitment to civil liberties and freedom and a willingness to make tough decisions in their defence then I’m a marsupial.  Any backbone the Prime Minister had has been slowly dissolved away by his advisors, the panic-mongering press, and Cabinet in his transmogrification into an invertebrate.  Go back and read what he used to say about Remainers and see how much applies to him now.

At any rate, I came away from a seven week trip into the home of ‘the scary new COVID variant’ with a sense that in two generations Britain had gone from the people who stood up to, and defeated, Hitler to the people who largely cowered in their homes, masks in place, because their government told them to do so.  Because of a virus that over 99 percent of those who catch it would survive!

Two last points of scepticism.  One: never again let public health doctors have this sort of power and influence.  I’ve spent a career attacking the sway and anti-democratic influence bills of rights give to judges and the lawyerly caste.  If anything, and as a generalisation, doctors and university health types might be worse.  Economically close to illiterate.  Not inclined to factor in the immediately non-medical consequences.  And without even a Popperian sense of what science is actually about.

Two: Nassim Taleb was right.  Those without skin in the game make way worse decisions.  The heavy-handed lockdown response to this pandemic has been made almost completely by people with no skin in the game – and that wasn’t true of either World War by way of comparison.  Politicians haven’t lost their jobs or businesses or pensions in ordering these lockdowns.  Nor have doctors or top bureaucrats.  Politicians who claim ‘we’re all in this together’ are uttering flat-out lies, about the virus and about lockdowns. To name just two groups, the young and those in the small business private sector are bearing infinitely more costs of these lockdowns than those who are ordering them.  How long do you think lockdowns would last if politicians and top bureaucrats lost 15 percent of their pay and pensions for every week lockdowns lasted?  That’s a serious question.  And we all know the general answer.

Anyway, my wife and I made it out of London and, via Doha, back to Brisbane.  That’s where we are now as I write this, in one of the world’s strictest hotel quarantines.  For two weeks we can’t leave the room.  We can’t see fresh air.  Does this apply to everyone returning to Australia?  To ask is to know. Australian politicians and top bureaucrats on work business overseas are exempted from hotel quarantine.  No skin the game, dear readers.

James Allan, Garrick Professor of Law at the University of Queensland, is the author of Democracy in Decline. This memoir was first published on Toby Young’s Lockdown Sceptics website