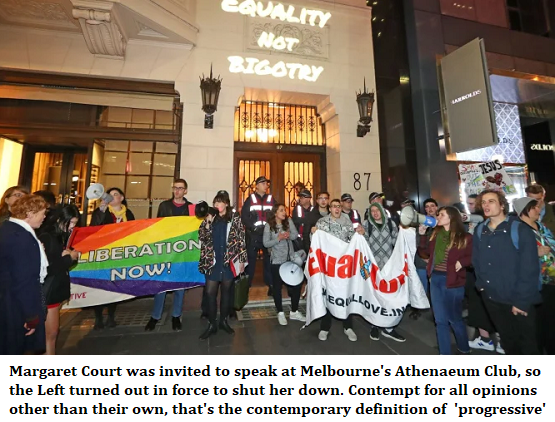 One of the most commonly lamented observations of modern politics is how polarised it, and subsequently society in general, has become. Progressive pundits and corporate media refuse to label traditional thinking as anything less than “far right”, often preferring even more pejorative language. Only those claiming to be right of centre while embracing ideas traditionally of the left, like Malcolm Turnbull, can be graciously described as “moderate”.

Meanwhile, little nuance is entertained when describing those to the right of “moderates”. Never mind that the founding fathers of Australia, America and our common British legacy in justice and democracy shared at least an affection if not outright devotion to Christian principles. It is now alleged that to advocate the timeless definition of marriage or the sanctity of human life at every stage makes one “far right”.

Further, to agitate for removal of fetters to fundamental freedoms of speech and religion – the central pillars of liberal democracy – is to manifest hatred, intolerance and bigotry (according to Progressives).

Woe betide any who should believe in national sovereignty, strong borders & sensible immigration limits. You might as well admit you’re a “fascist” in the ranks of those who celebrate Australia Day, salute the Australia’s  flag and honour the monarchy!

But what of those left of centre, in the eyes of their counterparts on the right?

Conservative pundits and alternate media refuse to label “progressive” thinking as anything less than “progressive”, sometimes preferring more pejorative language like “leftist”. Those embracing ideas traditionally of the left but rejecting their more novel ideas — the morality of gender theory and the immorality of mining, to cite but two examples– like Mark Latham, are warmly welcomed by right wing voters and commentators alike.

Another classical liberal, Dave Rubin, articulates his amazement that “the left left me” in the hurtling rapidity with which the policies defining leftism have left him spinning where he always was while progressivism is now much further away from where they once had much in common. But that is the nature of the Left is it not? They believe all change is positive progress: never harmful, degenerative or regressive.

Conservatism on the other hand believes history is instructive, and ancient boundaries should at least be understood before they are moved, let alone demolished. We appreciate that our forebears were fallible, but not fools. We have no interest in changing everything for the sake of it. We are not hurtling with great rapidity from positions Conservatives held centuries ago.

If politics is problematically polarised, it is because the destruction of everything tried and true has been conflated with progress. It is because leftists are determined to destroy, not only the institutions and sensibilities which created the most favourable conditions for human flourishing in world history, but everyone who stands in their way.

Who Now Dares to Confront the Left?

The Hermeneutic Circle of Social Justice