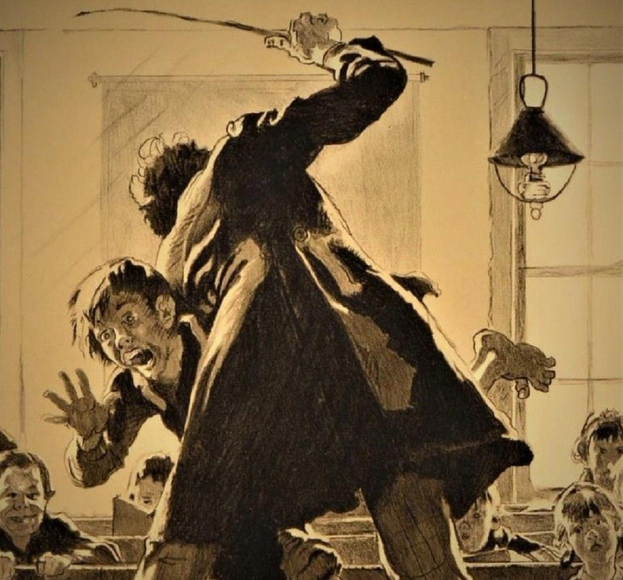 The storming of the Capitol will be written into folklore. I say this not because of the import of the event. It’s hardly a Bastille moment. But because the media is largely in the hands of the Left which will want to exaggerate and enshrine its significance.

I don’t read left-wing media. I don’t have to. I read The Australian. That’s as left as I ever want to go. Well, that’s not entirely true. I don’t want to go any distance in that direction at all. But then what to do? Even Fox News is scurrying leftwards.

Paul Monk in the weekend edition of The Australian, among a number of those penning anti-Trump diatribes, spoiling my breakfast, wrote this: “At Fox news, no less, widely respected anchor Chris Wallace called the assault on congress ‘the rule of the mob versus the rule of law and the Constitution’”.

You don’t have to look too hard to find tendentious reasoning (to put it mildly) among those despising Trump. This is Greg Sheridan on Trump’s claim of massive voter fraud: “There is no evidence for this at all.” No evidence at all for what? You see the sleight of hand. There is plenty of evidence of fraud. Even I saw some of it caught on video. But Sheridan could come back and say, yes, but no evidence of “massive” fraud.

Hmm? How massive would it have to be to swing the election in the few battleground states which mattered? Not very massive at all, is the answer.

This is Sheridan on the Capitol Hill melee: “But this was an attempt at street-fighting fascism. At its worst, America recently resembled Weimar Germany with rival violent street gangs more than willing to fight each other.” Really? Are we really going to go to the rise of Nazism to find a parallel? And then notice these “rival” street gangs.

Sheridan listed a number of Trump’s great achievements — and they are many and great. But he ends this way: “Of course he got a lot of things wrong too…” What things? Name at least one. Don’t leave the Trump-haters hanging. But, of course, he’s out of ammo when it comes to anything substantive. He resorts to this kind of thing: “Trump’s frequently contemptible language and personal behaviour…” Pathetic!

Trump’s presidency was on course to be the most successful in the modern era before COVID provided a cudgel for his ubiquitous adversaries. “Be sober, be vigilant; because your adversary the devil walks about like a roaring lion, seeking whom he may devour.” This biblical quote from 1 Peter applies pretty well to the modern Democratic Party and its traditional-media and social-media comrades. And they took their opportunity to devour him when Trump was faced with something almost entirely out of his control. He has been the defining political victim of COVID.

But what of the incident on Capitol Hill? Does Trump bear any responsibility? I think he does. At the same time, let’s not over-egg the cake. He didn’t want violence, counter to what Sheridan and other Trump-despisers insinuate. Why would he?  He called for a peaceful protest to steel the gumption of Republicans in the Congress:

We’re going walk down to the Capitol, and we’re going to cheer on our brave senators, and congressmen and women. We’re probably not going to be cheering so much for some of them because you’ll never take back our country with weakness. You have to show strength, and you have to be strong… I know that everyone here will soon be marching over to the Capitol building to peacefully and patriotically make your voices heard…. But we’re going to try and give our Republicans, the weak ones, because the strong ones don’t need any of our help, we’re going to try and give them the kind of pride and boldness that they need to take back our country… So, let’s walk down Pennsylvania Avenue. I want to thank you all. God bless you and God bless America. Thank you all for being here, this is incredible. Thank you very much. Thank you.

Does this have the look of an inciter in action? It doesn’t. Why then am I attributing some responsibility for what occurred to Trump? He should know that within any large group of peaceful protesters there are always fools and troublemakers.

In this case, with passions so high, which he had contributed to stoking, and with the stakes so high, he should have contemplated the possibility of things going awry; e.g., that Antifa thugs might take advantage of the opportunity. It’s easy to find reports that this, in fact, happened.

Inviting a large impassioned crowd to descend on a building within which parliament is in progress is fraught with peril. I can’t see an upside. Someone of sense might have told Trump that. Sometimes all of us need telling.

Finally, to perspective; a quality sadly missing from much of today’s commentary, plagued as it is by presentism. This incident does not leave Trump’s legacy in tatters. Nor does it diminish the template he created for prosperity at home and peace abroad. Strong borders, fewer regulations, lower taxes, stronger military, tough love for allies, tough measures against China, innovative and brave initiatives for peace in the Middle East. This template will not appeal to Democrats but it most definitely will inform the next Republican administration. Assuming there will be a next Republican administration.

Donald Trump, properly viewed, was (is for little while longer) a great president. He slipped up at the last; pained by his conviction that the election was stolen. I think he felt personally aggrieved and disappointed. But I also think he thought he was fighting for truth, justice and the American way. Of course, the Trump-haters will only ever point to his personal motive.

It was messy. Nonetheless, the evidence of shenanigans in compiling and counting the votes piled up. As I’ve said, some of it caught on video. Mainstream journalists lacked interest. That says it all. Political hacks to a man and woman. Me, I am with Trump. Deeply sceptical that 81 million Americans (51.4 per cent of vote) voted for a guy in the basement whose mind is failing.  Obama managed just 66 million (51.1 per cent) in 2012.

An afterword. Just exactly how much savvy do they have; these so-called conservatives dancing on Trump’s grave? What do they think is now in store for the US and for us all, having played their part in Trump’s demise by four years of merciless sniping?

Strangers On A Train

Islam in Australia, the Path not Taken