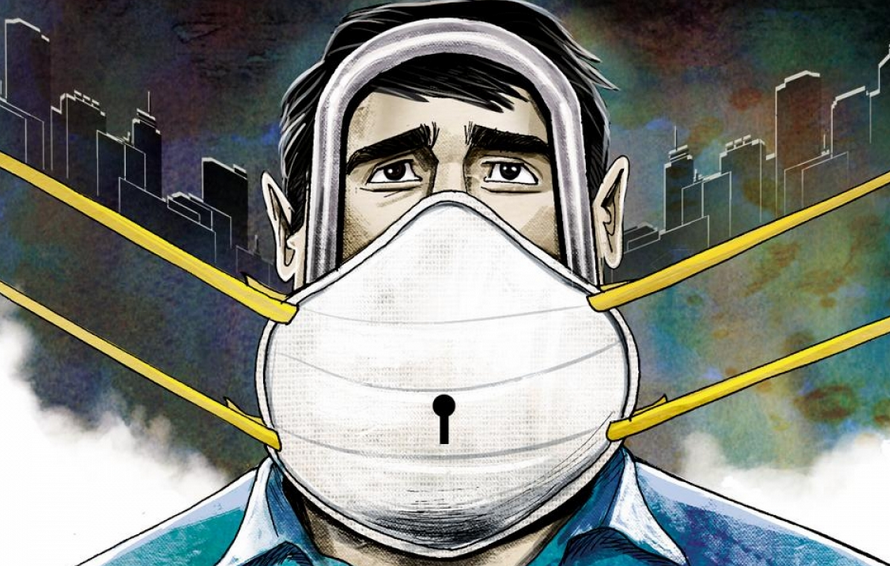 “JUST GO, you wretched fat, lumpish sleazeball, and follow your philandering papa to France. You have wrecked this country enough. How much utterly avoidable suffering and misery have you caused this year by your attempts to cover your own fat **** ahead of the inevitable public inquiry? How many people have lost their jobs thanks to your panicked adherence to ‘reasonable worst case scenarios’? How many have been given ruinous fines by your state milice[i] just for protesting the right to live and work freely? JUST GO – and take your eco-floozie with you.”

This is a comment (which lots of readers ‘liked’) from someone calling himself Able Archer in The Telegraph (UK) on New Year’s Day. His comment was in response to a piece in the newspaper by Boris Johnson on the topics of Brexit and COVID. You might have also caught a video of that brave young unmasked woman standing up to masked scolds in a CSV pharmacy in Los Angeles. These people, and others like them, represent remnants of hope for the sanity of the human race.

You will recall an article in the Johns Hopkins News-Letter reporting on an analysis by Genevieve Briand (assistant program director of the Applied Economics master’s degree program at Hopkins), claiming on the basis of her analysis of CDC data that “in contrast to most people’s assumptions, the number of deaths by COVID-19 is not alarming. In fact, it has relatively no effect on deaths in the United States.” (the retracted article reporting Briand’s conclusions can still be read here)

In a more enlightened and open-minded age — you know, say, two generations ago — you might think this would have triggered counter arguments, if it was thought to be wrong: e.g., the data had been misinterpreted. No, the article was simply deleted; cancelled.

The article gone, the question remains. Has COVID led to an untoward number of deaths? Put aside questions of whether someone died from, or with, or mistakenly with, COVID. It doesn’t matter. A dead body is a dead body and the authorities, we can safely assume, are good enough at counting and recording them accurately; at least within a hundred bodies or so.

It is no good looking at Australian data. There have been so few COVID-designated deaths that they would not show up in the 160,000 deaths, give or take, which we experience each year. Each and every one a tragedy of course. Death is such a terminal inconvenience.

Why have we got away with so few COVID deaths? Need you ask? It is down to the brilliant policies of our federal and state leaders and public health officials. Without their applied wisdom we would be suffering to the same extent as Europe and North America, and as that rascally renegade Sweden. I have no idea how our notables became so wise. The sunny clime; something in their diets?

Let me be clear. I have nothing conclusive to say on the deadly impact of COVID. I don’t think we will know that until the dust has cleared. However, English data is instructive. The UK Office for National Statistics reports on what it calls the ‘age standardised mortality rate’. This is a self-explanatory measure and is a sensible way of recording and comparing death rates down the years.

The latest published data shows the mortality rate per 100,000 people from January 1 to October 31 for each year going back to 2001. In 2020 the rate is 1026.7. This compares with 911.9 in 2019 and represents a sizeable 13 per cent increase. But hold on. The mortality rate was particularly low in 2019. Apparently, it was a mild year for respiratory illnesses. Not to sound callous, but a lot of aging people who might have died didn’t. They remained in the queue, so to speak

What to think? It seems clear enough that the world is grossly overreacting to the least virulent pandemic ever to afflict mankind. At worst, we might be experiencing a hoax or scam of the most enormous proportions? Perpetrated by whom, you might ask?

Who knows? Cui bono leads to Big Pharma; leads to a host of big businesses, like Amazon and Walmart, to major tech companies, to renewable-energy carpetbaggers, to power-hungry governments and their apparatchiks, and to Davos and The Great Reset. I am not a conspiracy nut and am not suggesting anything was pre-planned or was or is being co-ordinated. Nevertheless, once events were afoot, perhaps the opportunity to reshape the world order resonated in similar fashion among disparate parties. Trump was a problem. In one way or another, COVID did him in.

Bear in mind too that the population is receptive. Almost everyone has bought into the deadly pandemic, the so-called invisible enemy, hook, line and sinker. Essentially, this means we stand-outs, we sane few (including Quadrant readers), are living in an asylum. We are surrounded by a preponderance of deranged people who, e.g., love Dan; and who for evermore will expect governments to keep them safe. Governments will readily oblige. The world will indeed be reshaped.

There will be no light at the end of the tunnel; no great reflection and remorse. Just a slavish new normal in perpetuity. Remember you will be likely locked up for “picking quarrels and provoking trouble.” Pretending you’re deranged too will be the way to survive.

Have an insanely Happy New Year and beyond.

14 thoughts on “Never Let a Good Panic go to Waste”

The Bottom Line on Gay Studies