Marginalising Conservatives Until We Vanish 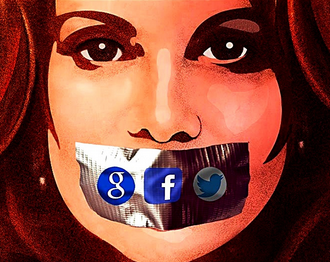 Recently, miffed by its coverage of the US election and its aftermath, I wrote to The Australian:

Dear Editor, a suggestion: The cabal of your anti-Trump correspondents should get together each evening to stick pins in an effigy of Donald Trump. That might get the bile out of their systems and allow them to produce decent copy fit to read.

If you’ve noticed the newspaper’s drift to the port side of politics, you guessed it — The Australian didn’t publish my comment but, of course, I had zero expectation it would. The paper is becoming a left-of-centre rag. True, it has some decent writers. I enjoyed reading Gerard Henderson and Caroline Overington this morning. True, too, it is better than the alternatives, which is why I reluctantly still buy it.

It will also be interesting to see where the paper goes when Trump isn’t around for the hacks to get stuck into. What is clear is that it is on a pathway to leftism with the occasional dissident voice for appearances sake. Once leftists have infiltrated and reached an influential level they hire their own. That has been the history of universities, schools, public broadcasting, most of the mainstream print media and public services. The Australian, I fear, is just one more domino. Rupert won’t live forever.

By the way, I am not convinced that socialism per se is behind the movement to close down conservative voices. Socialism in practice produces an intolerance for counter views. First comes socialism then comes fascism. Right now, it seems as though the process has been short-circuited. I put it down to post-modernism and its attendant disregard for the concept of objective truth.

When there is no objective truth, my agenda can become the truth and your opposition lies. And, lies cannot be allowed to pollute the air waves. Liars can be cancelled in good conscience.

Thus, those who express the view that women must have XX chromosomes are liars and should be shunned. Those who don’t accept that free speech becomes hate speech when it offends someone of a minority group are liars. Those who believe it is discriminatory and racist to favour someone because of their skin colour are liars; unless the skin colour is white, in which case they are in good standing.

It goes without saying that those who support Donald Trump are deluded beyond belief and white supremacists and racists to boot. They surely can be marginalised out of existence. Twitter’s Jack Dorsey & Co are on the job.

I don’t know when exactly, and why, rigorous open debate in the robust pursuit of objective truth became passé. While this explanation might not be all there is to it, I do think that the absence of belief in God, once it reached critical mass, played a part.

It’s that old business of whether a tree did in fact fall in an impenetrable forest if no one heard or saw it fall. I happen to know that God knows and that therefore objective truth is out there. If God isn’t around, you can be as adamant as you like about whether that tree has fallen. No one can set you right. Maybe XY women can beat the pants of XX women in sports, and that’s fine. They’re both women don’t you know.

At question, it seems to me, is whether societies which no longer value the singularity and objectivity of truth can hold together. It is intrinsically divisive to admit to versions of the truth. It is even more divisive if a dominant group insists on its version and penalises those who disagree with any part of it. Look at the reaction to J K Rowling’s view on transgender women competing in women’s sports. Purges are in the wings and on the way.

There is a unity in civil and open debate when the antagonists appreciate that they might be wrong in whole or at least in part.  What does being wrong mean? It means that your case is not in accordance with the truth. If there is no objective truth, you’re never wrong. Have look at Richard Dawkins and John Lennox for how debates should be conducted. Below is a ten-minute preview.

I want to end with Trump. Because he has been dehumanised by the powers that be, he will be fair game for unending persecution when he leaves office.  My advice, pardon everyone in sight on your side. Resign on Tuesday morning and have Mike Pence pardon you and your family before the day is out. These people with a monopoly on truth, have no God, no morality. Mercy and forgiveness are not in their kit bag.

17 thoughts on “Marginalising Conservatives Until We Vanish”

From Lemon to Pachyderm