Why a Minor Military Award is a Big Deal 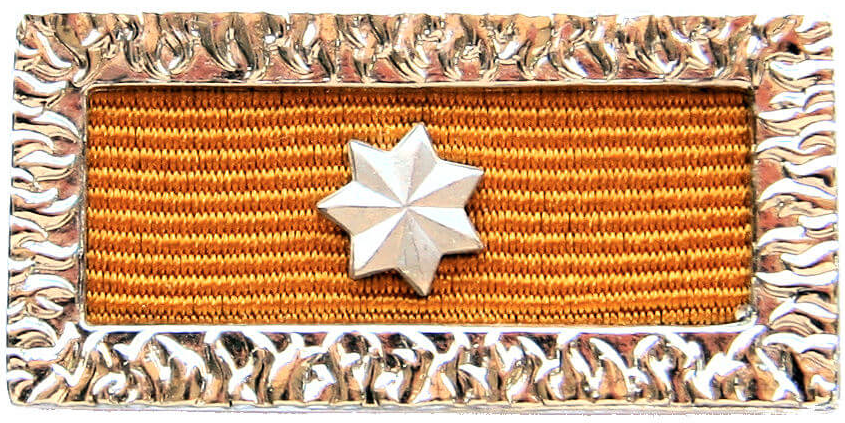 Janet Albrechtsen has an article in Wednesday’s Australian on what seems the be the topic du jour – the revocation of the Special Operations Task Group’s Meritorious Unit Citation.  I agree with the thrust of her article, which postulates that General Brereton has undermined the rule of law by his recommendation that:

the Meritorious Unit Citation be stripped from more than 3000 soldiers who served with the Special Operations Task Force in Afghanistan between 2007 and 2013’.

She goes on to say:

the recommendation, accepted by Chief of Defence General Angus Campbell, is an affront to basic fairness. The notion that thousands of soldiers on different rotations into Afghanistan should bear collective responsibility for the alleged evil actions of 19 soldiers is preposterous. It taints and punishes decent soldiers who were not part of the atrocious findings in the Brereton report.

A correspondent in the same edition, writes:

It seems the findings of the Brereton report have been pre-empted: the top brass have been found not at fault, yet 3000 recipients of a service medal will have it taken away — all without anything being tested in a formal court.

Let me say at the outset that I do not support the revocation of the citation for reasons I will go into later. But first, I propose to indulge in a little semantics here just to help put things in perspective.  To begin with, the unit citation is not a medal.  Why that distinction is important will, I hope, become clear.

Unit citations are only a recent feature of Australian military honours.  The Meritorious Unit Citation is awarded for ‘sustained outstanding service in warlike operations’.  It is not an individual award. It is awarded to a unit and those who served with the unit at the time it was earned are entitled to wear its emblem in perpetuity.  Prior to 1991, the only unit citations, as far as I can recall, awarded to Australian Army units were as follows: the US Presidential Citation was awarded to the Third Battalion of the Royal Australian Regiment (3RAR) for its action at the Battle of Kapyong in Korea and to  D Coy, Sixth Battalion RAR,  for the Battle of Long Tan in Vietnam.

The Australian Army Training Team Vietnam (AATTV), whose members numbered four VC winners, received a US Meritorious Unit Commendation and a Vietnam Gallantry Cross Unit Citation.  These awards were issued in recognition of the gallantry of all the members of the unit, where it was felt that all members deserved individual gallantry awards but that, in practical terms, not all could be recognised in that way.

So, in this case, the citation is being stripped (or would be) from the unit, which would simply mean the soldier would no longer be entitled to wear its emblem.  Again, I accept that this sounds like semantics but, strictly speaking, its effect is that this is not a personal slight or affront to the individual soldier.  This point is reinforced by the fact that soldiers posted to a unit which has a citation, but who were not involved in the action for which that citation was awarded, are entitled to wear the emblem while they remain within that unit.  In other words, it is not an individual award and cannot be stripped from an individual.  And in the case of the SOTG MUC, which was awarded for ‘sustained outstanding service’, over a period of six years, this sounds, dare I say it, like something of a ‘cereal box’ award.  I know that will offend some, but in my defence, let me observe that generally, I think we are over-medalled. I have six covering three aspects: service, active service in South Vietnam and long service.  At a pinch I would be happy with the two South Vietnam medals.

SOTG is not a unit – it is a formation.  Simply put, formations are groupings of units put together for a particular mission.  And many different units come under its command over the period of its existence.  By its very nature a formation, at least in operational settings like South Vietnam and Afghanistan, provides sustained service.  In terms of military morale, soldiers give their first loyalty to their unit, not the formation under whose command it operates pro tem.

My belief is that unit citations should be restricted to units, they should be awarded for genuinely outstanding time-limited actions and they should be awarded rarely.  Soldiers who served in Afghanistan are recognised for their active service by their individual campaign medals, for combat service by eg, the Combat Infantryman’s Badge, for outstanding service by gallantry medals and awards and for sustained active service by clasps to their campaign medals.  And in exceptional circumstances, as I have described above, a unit citation.  Also, Army units, at least, are also recognised by the award of battle honours that are affixed to their Regimental Colours, so that, for example, 3 RAR and 6RAR have battle honours for Kapyong and Long Tan.

If we look at the First Australian Task Force (1ATF) in South Vietnam, which existed for about seven years, I would suggest that it certainly provided sustained and, arguably, outstanding service.  If it had been awarded the US Presidential Citation on that basis, what would that say to the soldiers of D Coy 6RAR?

And conversely, what would happen if, in some subsequent action, 3RAR broke and ran?  Would it be a crime to deprive those soldiers who were at the Battle of Kapyong of their collective honour, because, on this imagined occasion, the battalion dishonoured itself?  We would not deprive someone of his VC because, at some later time, he cracked under severe combat stress

If a citation is to be awarded to a formation for sustained, outstanding service it should be reserved for genuinely outstanding situations such as the defence of Tobruk.

My point here is that there is no shortage of recognition for individual veterans.  Most would rank the MUC as being the least significant.

That said, there are two reasons to oppose this revocation.  The first, as Janet Albrechtsen has outlined, regarding the rule of law, and the second, because, regardless of what I have said above, the veterans (and their surviving relatives) do regard this as a personal reflection, a slap in the face.  And given that we have had over 500 veterans take their own lives in the past ten years (a shocking statistic), surely adding to the angst of the surviving veterans should be the last thing a responsible commander would contemplate.

And it seems compelling that if the MUC is to be revoked, then, on the same basis, DSCs awarded to the commanders of JTF 633 over that period are unsustainable.  A unit citation is not awarded for the outstanding actions of a few but for the concentrated efforts of the many. By the same token, it should not be revoked for the crimes of a few.

The fury engendered by this ill-advised recommendation and PM Morrison’s unguarded comments about ‘brutal truths’ (which, as far as I’m aware he has not retracted) has distracted from and undermined the critical process of getting to the bottom of these very disturbing allegations.

Prisoners of Our Own Shackles

SSM: Four Arguments for ‘No’