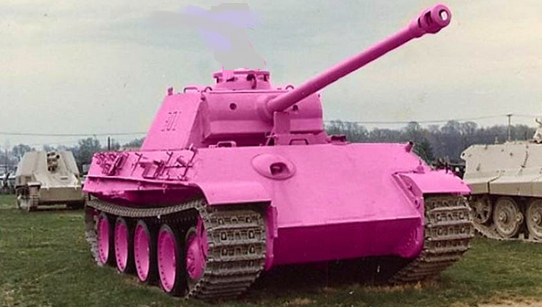 Responding to rumours and internal accounts of misconduct, the then Special Operations Commander, Major General Jeff Sengelman, allegedly commissioned Canberra-based sociologist Dr Samantha Crompvoets in 2015 to write a report on ‘Special Operations Command culture interactions’. Crompvoets report was provided to Sengelman in early 2016 and then briefed up to then Chief of the Army (CA) Lieutenant General Angus Campbell.

You would wonder, wouldn’t you if we didn’t’ live in today’s cockamamie world, why a senior commanding officer would not deal directly, and through his immediate subordinates, with rumours of misconduct in the ranks. Apparently, among other things, there was disquiet about reported friction between the Commandos and the SAS. I have seen the movies about this sort of thing and it goes on. Even at my lowly working-class school I recall we were put into houses and invited to compete vigorously. I don’t dare imagine what biffo went on in those public schools (English variety) attended by the sons of gentlemen.

Unfortunately, we do live in today’s world and, in this world, a female sociologist is ideally placed to report on the culture of special forces. Why do I say this? It’s simple really. Our Western society has become lopsidedly feminised. I wrote about this for Quadrant some time ago, “The Trumping Factor,” June 2010. My essay came shortly after Michael Evans wrote in the Jan/Feb 2010 issue on stoicism and the military, commenting that, “radical feminism” is one of a number of developments since the 1960s representing the “greatest challenge to the Western profession of arms.” And after Patrick McCauley in the September 2008 issue noted that for some years, “Australian Rules football has been in the hands of feminine social engineers who wish to establish equity and social justice in the football community”.

It is necessary to think of feminism and masculinism in rather different ways than the obvious. My reference is an article in the Encyclopedia of Sociology (Macmillan, 2000). Two sociologists, Stets and Burke, characterise the masculine temperament as aggressive, competitive, and instrumental (the latter meaning social interaction designed to achieve goals) and the corresponding feminine temperament as passive, co-operative, and expressive (social interaction arising out of affection or kinship). Men and women share both temperaments but generally not in equal measure. Vive la difference!

This brings me to special forces. I am going to take a guess here. Men in the Commandos and the SAS will have heavily-skewed masculine temperaments. They’re the kind of men who will pass the tests and be selected. They’re the type of men that will kill an enemy who wants to kill our kind. They are warriors.

This in turn brings me first to Crompvoets and then to the report of Major General Brereton.

SASR and Commandos are not products of natural selection. They are carefully and deliberately selected for a discrete set of characteristics. How they behave, how they are(mis)represented, and how they are rewarded raises a number of questions about the organisation values, and, critically, the potential need to broaden the genetic pool from which they are drawn … On thing that is apparent beyond doubt is that the current path of evolution, through selection, is an anathema to their desired future.

One wonders, exactly, how Crompvoets believes special forces should “evolve”. What kind of people does she think should be included in their “genetic pool”? Gentler, more temperamentally feminine kinds of people perhaps? As the Duke of Wellington purportedly said: “I don’t know what effect these men will have upon the enemy, but, by God, they frighten me.” A petticoat brigade won’t frighten anyone. Selection for special forces is there to weed out those who will wilt under sustained adversity, travails and fire. That includes nearly all of us.

A model professional soldier whose job is to be in the thick of the action, unlike some armchair generals, needs to be a warrior. The two are not mutually exclusive. Ideally, they go together. Who are these people who believe in some fanciful world within which diversity training and inclusion will be instrumental in defeating the enemy? When the tyres hit the road, we will need temperamentally masculine men — warriors.

You will note, I have steered away in all of this from what Crompvoets and Brereton said about alleged ‘war crimes’ in Afghanistan. Brereton recommended that 19 soldiers be subject to investigation by the Australian Federal Police. That’s where the matter should be left. The soldiers are entitled to the presumption of innocence and to due process and, hopefully, will be provided with the means to obtain expert legal representation.

It would round things off if the Prime Minister were to apologise (and fulsomely) for his intemperate remarks in parliament; disgracefully referring to untested allegations as “brutal truths.” And if someone, anyone, in government or in the defence forces would express a clear understanding as to why taxpayers fund an army. A clue: it’s not to ensure women’s aspirations are met or to provide a home from home for those suffering the modern malady of gender dysphoria.

The Vidkun Quisling of Parramatta Road