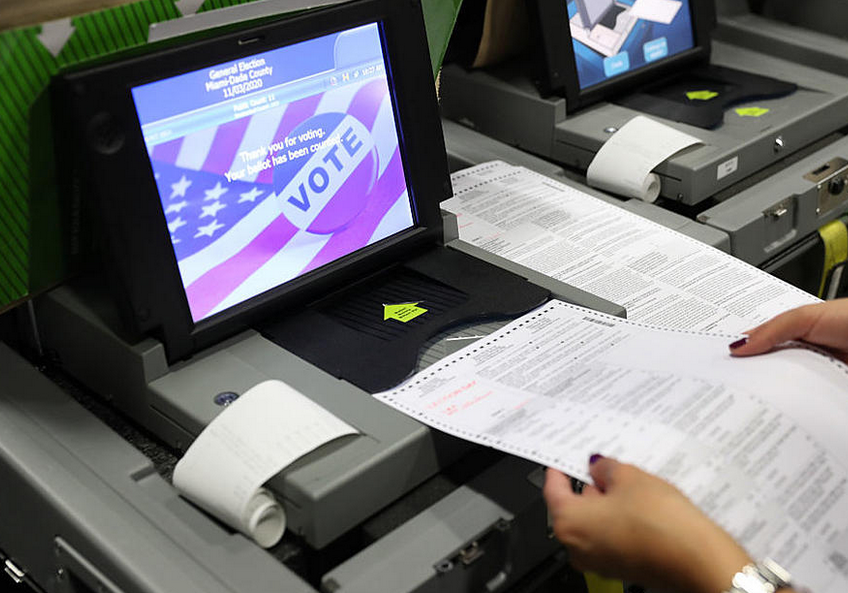 The Australian media overall, and the ABC in particular, have disgraced themselves in their reporting of the US presidential election. Instead of reporting facts, or even asking questions, all the media has been contemptibly content in a rush to anoint Joe Biden as ‘president-elect’ when a more accurate appropriate term would have been “president-apparent.”

Instead of reporting that President Trump was challenging the outcome as a result of fraud, then following the steps he intended to take to substantiate his claim, reporters and commentators all rushed to delegitimise him by inserting “unproven”, “unsubstantiated” or “without evidence” into every article. In the case of US-based Associated Press, whose copy flows through to our own AAP, those qualifications appear to be official ‘ house style’, as newsrooms know the edicts and admonitions issued by senior editors and chief subs. How, now, will these disgraced scribblers cope with an independent scientific analysis that has determined the Dominion Voting machines in one Michigan country not only produced false results, but were actually designed to defraud.

That is sensational headline stuff, surely?

On Monday, December 14 (US time), the Allied Security Operations Group (ASOG) of Texas released its preliminary forensics report into the voting in Antrim County, Michigan, on behalf of a civil complainant, Bill Bailey. State Supreme Court Chief Justice Kevin Eisenheimer last week issued an order granting Bailey permission for an examination of the 22 Dominion tabulators used in the county’s election. Bailey was seeking an explanation for why thousands of votes for Trump had “flipped” to Biden – suspicious in a known Republican county.

A team of seven analysts from ASOG spent eight hours on December 6 examining the voting machines. The Group describes itself as professional with backgrounds in defence, the Secret Service, Homeland Security and the CIA. The signatory to the report, Russell Ramsland, has a political science degree and worked with NASA and the MIT.  The investigation, running to 23 pages, concludes:

The Dominion Voting System is intentionally and purposefully designed with inherent errors to create system fraud and influence election results. The system intentionally generates an enormously high number of ballot errors. The electronic ballots are then transferred for adjudication. The intentional errors lead to bulk adjudication with no oversight, no transparency and no audit trail. This leads to voter or election fraud. Based on  our study, we conclude that the Dominion Voting System should not be used in Michigan. We further conclude that the results of Antrim County should not have been certified.

On the election night, the votes reported in Antrim County were: Biden 7,769, Trump 4,509. But eighteen days later, they were corrected to: Biden 5,960, Trump 9,748.  Michigan election authorities had claimed the “flip” from Trump to Biden was the result of human error. The ASOG report claims the vote flip occurred because of machine error is quite deliberately built into the voting software to create such errors.

Where the Federal Election Commission guidelines allow an election error of 1 in 250,000 ballots (.0008%) ASOG found the actual incidence in Antrim County to be a staggering 68.05%, demonstrating a fatal fault in election security and integrity. “The system is flawed and does not meet state or federal election laws,” ASOG reports.

In its description of the Dominion system, the ASOG report explained that the software classified ballots into two categories: normal and adjudicated. Ballots sent for adjudication leaves no audit trail that would track which administrator actually adjudicates (i.e. votes) a batch of ballots. Thus, the adjudication process is the simplest way to manually manipulate votes. And the systemic errors in the machines are intentionally designed, according to ASOG’s analysis, to create errors that push a high volume of ballots to bulk adjudication.

The report helpfully provides a video demonstration of how to cheat at adjudication. It can be watched via this Twitter link. (editor’s note: normally, the clip would be embedded on this page as a YouTube video, but the Google-owned streaming service has declared it will suppress any video posts casting doubt on the Biden ‘victory’, hence the link to Twitter. If Twitter advises the clip is unavailable, refresh the page and it should appear.)

The ASOG investigators found that all adjudication logs for 2020 were missing, as were security logs from the day before the election until the day after. And on November 21, an unauthorised user attempted unsuccessfully to wipe out the election results, demonstrating additional tampering.

After outlining US cyber-security protections for national infrastructure initiated by President Obama and strengthened by President Trump, the ASOG report documents the heritage of the Dominion system.  Dominion is a Canadian company owned by State Street Capital, itself owned by UBS Securities, of which three of their seven board members are Chinese nationals. The Dominion software is licensed from Smartmatic, a Venezuelan-controlled company. Its servers are determined to be in Serbia, Canada, the US, Spain and Germany. ASOG recommended that an independent group should be empanelled to determine the extent of the adjudication  errors throughout the state of Michigan as a national security issue.

Some 28 states used Dominion Voting Systems. In Michigan, 47 of the 83 counties used them, so the Antrim forensic audit is a litmus test of the validity of Michigan’s 16 Electoral College votes cast for Biden and Harris. The investigators are continuing  to analyse the data to trace missing information.

The Michigan Attorney General Dana Nessel and Secretary of State Jocelyn Benson have now obtained a judicial order preventing the publication in full of the ASOG investigation. That may well lead to a fruitful referral to the Supreme Court.

Follow this link to view the .pdf of the ASOG report

It will be educational to see how many of Australia’s brilliant investigative journalists, fresh from awarding each Walkleys, can be bothered to follow it up.

What Our Arts Dollar Buys

How conservatives lose — and win