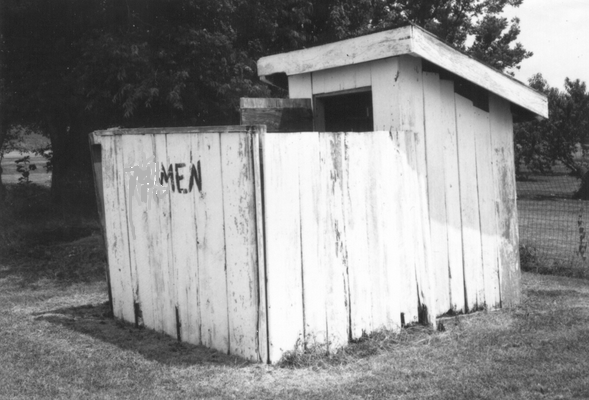 International Men’s Day (IMD) has been celebrated on November 19 since 1999, a day for celebrating the accomplishments of boys and men whilst shedding light on the issues they face. Coincidentally, World Toilet Day (WTD) was founded on the same date in 2001 by Singaporean businessman and philanthropist Jack Sim. WTD is an official United Nations observance which brings attention to the billions of people throughout the world living without modern sanitation.

To be honest, I always imagined a crusty menopausal feminist plotting to launch World Toilet Day on International Men’s Day, but sadly that wasn’t the case. The fact is, WTD needs to change their date because the toilet humour that haunts International Men’s Day every year is beginning to get tiresome. I don’t know about you but I’ve never found the increase of male suicides across the globe particularly funny, nor do I find it humorous that every couple of days an Australian bloke dies at work. Then of course, there is the biased family court system, declined male life expectancy and the beast that is alcohol and drug addiction.

Despite of what the feminists think — that word used advisedly — we are not living in some alternate fantasyland where men inevitably win and women ultimately lose. I mean, being born as a woman comes with its challenges.  But so does being born deaf.  Being born into poverty. Being born to alcoholic parents.  Being born with a penis. Being born human, for that matter Life is challenging and women have a choice to take responsibility for our own mistakes instead of blaming everything on men. We have a choice to be more compassionate when it comes to the issues that boys and men face.  And we have a choice to realise we don’t have to revel in victimhood for the rest of our lives.

Imagine for instance, if IWD fell on January 7, which is National Pass Gas Day. The jokes would be plentiful. We could dismiss women’s issues as farts in the wind. But that would never happen because the fembots would come out in force, pushing to have the date changed, After all, women can never be mocked.

IMD was originally founded in 1992 by Thomas Oaster but fell into abeyance until Dr. Jerome Teelucksingh re-established the event, choosing the date to honour his father’s birthday and celebrate the day in 1989 when Trinidad and Tobago’s football team  qualified for soccer’s World Cup. In 2020, IMD is addressing the multitude of challenges that men face, including increased suicide rates, heart disease, lung cancer and declined life expectancy.

Quadrant Online recently spoke to Teelucksingh about International Men’s Day and here’s what he had to say:

Yes, I agree there is a need for a change in the date of World Toilet Day. Firstly because IMD existed before World Toilet Day was conceived. Secondly, it has been conveniently used by some feminists and a few ignorant persons to mock IMD. However, this is superficial, and the IMD movement is getting stronger every year.

I have written to various governments asking that their representatives in the UN vote for the adoption of IMD on the official calendar of recognized days. There have been no positive responses. In fact, after 21 years, I’m still awaiting the government of Trinidad and Tobago to have their UN representative move the motion. It clearly shows the limits of politics and the little regard and lack of respect for men’s issues.

The lack of recognition by the UN and other international bodies have breathed new life into the men’s movement and made many supporters to put that extra effort to ensure IMD is more public….

International Men’s Day … [celebrates] the men in our lives and their contribution to society.  I know I will definitely be thinking of my late Dad, who certainly lived by example.

Vanessa de Largie is a Melbourne-based writer and actress

The politics of apology