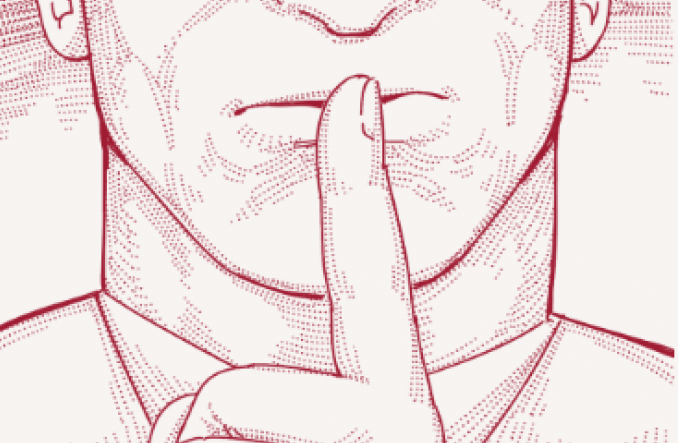 Johns Hopkins News-Letter published an article by Yanni Gu on November 22. The article referred to research conducted by Genevieve Briand (assistant program director of the Applied Economics master’s degree program at Hopkins). The article (which you can still access here[i] has since been taken down, cancelled as it were. No reports yet on whether Genevieve has been cancelled. And the problem: the uncomfortable truth, at least so far as we are able to discover it.

Briand’s research based on CDC data, as relayed by Gu, showed that “the number of deaths by COVID-19 is not alarming. In fact, it has relatively no effect on deaths in the United States.”

Deaths of older people stayed the same before and after COVID-19. Since COVID-19 mainly affects the elderly, experts expected an increase in the percentage of deaths in older age groups. However, this increase is not seen from the CDC data. In fact, the percentages of deaths among all age groups remain relatively the same … The reason we have a higher number of reported COVID-19 deaths among older individuals than younger individuals is simply because every day in the U.S. older individuals die in higher numbers than younger individuals.

Heart disease is usually the biggest killer of older people. This cause of death plummeted in 2020, according to Briand, as did other common causes, while COVID deaths rose to fill the gap. Smell a rat? Johns Hopkins did and sent in the exterminator lest the populace be misled by the truth. Neither Goebbels nor Winston Smith’s inquisitor, O’Brien (1984), could have done it any better.

The truth is illusive. It is often hard for us puny humans to ferret out. “The truth will make you free,” Jesus said, as recorded in John 8:32. Jesus was referring to following him, as truly the incarnation of God, and thus being freed of sin. But, more generally the virtue of truth, runs throughout the Bible. It runs throughout the philosophy of civilised men. Marcus Aurelius reflecting on his heritage: “From Severus; love of family, love of truth, love of justice.” (Meditations 1:14)

Who doesn’t love truth and therefore has no interest in ferreting it out? Those with an agenda is one answer. But that doesn’t quite do it. An agenda is fine if it’s informed by the truth. I recently wrote a piece on the French political economist Frédéric Bastiat (1801-1850). He took aim at the economic fallacies of his day by trying to lay bare every effect and consequence, seen and unseen, of particular actions; particularly, but not only, those of government. Uncovering the truth, the whole truth, is another way of describing Bastiat’s agenda. And I happen to think it comports well with the agenda of those of conservative disposition.

It does not comport well with the Left’s agenda and obviously that of  The Greens. For example, the climate-change industry is riddled with deception and subterfuge and, for that purpose, has built a fraternity of special interests able to marginalise, dismiss or cancel any and all skeptical challenges. Moreover, it simply doesn’t matter what the climate does (hot, cold, snow, floods, droughts, storms, no storms) it will be explained away and absorbed. Like The Blob, if you recall the movie, it envelops everything in its path.

A friend of mine sends me a steady stream of scientific research which predicts we have entered, or will soon enter, a new cold period related to the sun’s activities. It all sounds credible, though skeptical me said I would believe it when I need to regularly don a jumper in December in Sydney. But the point is, it doesn’t matter. If a decline in sun spots, or what have you, cools the climate, that won’t confound the climate-change fraternity. A temporary reprieve they will cry, we must redouble our efforts to prevent unmitigated catastrophe when the sun fires up again.

The key is having no obligation to the truth. Truth is singular. Outside of truth, there is an unlimited menu of choice. And a particular difficulty is that getting to the truth is hard work, replete often with false trails. This slows down the process and allows scope for lazy suppositions, half-truths, distortions, deceptions and lies to fill the breach. I was thinking of this in relation to the Brereton Report.

Brereton refers often in his report to ‘credible information’. And the Prime Minister, other politicians, generals, many in the media, have latched onto this as being gospel. “Brutal truths,” Morrison called this credible information. In a comment on another Quadrant Online piece, I made the point that the choirboy in the Cardinal Pell ‘persecution’ was generally referred to as being a credible witness; as, if you recall, was Christine Blasey Ford in the persecution of Judge Brett Kavanaugh. At the very least, it is lazy to make a jump from credible to true.

At its meanest, ‘credible’ just means it isn’t incredible. True in the cases of Pell and Kavanaugh, the charges were incredible, but that’s by the way. Or, according to my OED, it means “able to be believed” or, alternatively, “convincing”. Well, you could drive a truck through those two alternatives. And that goes to show that the truth shines as one gleaming light surrounded by a myriad of falsities, and presumptions and assumptions of varying credibility.

Whether COVID, climate change, or allegations of war crimes are in the frame, truth is the light on the hill for those of conservative disposition. Leave the leftists, greenies and assorted woke rabble to wallow in the nether regions.