The One Word We’re Not Hearing: ‘Alleged’ 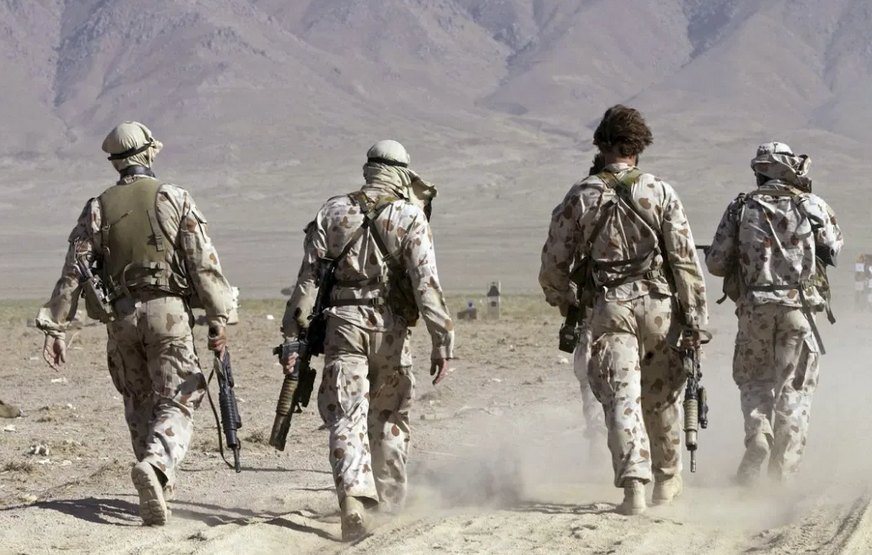 To put it mildly, “alleged” is an all-important word and concept in Australian jurisprudence, as is its companion phrase, “the presumption of innocence.” Together they safeguard our very freedom. When those alleged to have committed a crime are presumed guilty, when complainants become victims, and when the atmosphere is poisoned against those accused by the high and mighty, then justice is put in jeopardy and no one is safe from lynch mobs.

I don’t know what happened in Afghanistan and neither does the Prime Minister. We were not there, putting our lives at risk in the most awful of circumstances. We need to reserve judgment until evidence is put before a court; the court weighs the evidence and reaches a verdict. And even then, we need to wait until avenues of appeal have been exhausted.

Surely, the experience of Cardinal Pell — persecuted by the mob, damned by the ABC, yet innocent and, thankfully, if belatedly, exonerated — taught even the most prematurely censorious a lesson. Apparently not. “Brereton report on Australian war crimes,” read the ABC  headline.

Even the more balanced leapt to conclusions.

I watched Andrew Bolt when the Brereton report first came out. It took him roughly fifteen minutes of treating the report as gospel before he uttered the word “alleged”. At least he uttered it, which is more than most I saw and read. And did I miss the prime minister injecting that caveat into his national-flagellation performances? Maybe. Let me know, if anyone spotted it.

I can do no better than to quote from paragraphs 22 and 23 of the Brereton report. I have underlined three telling passages for the edification of those rushing to judgment from their comfortable armchairs.

Consistently with the terms of reference and legal principles which define the Inquiry’s jurisdiction, in respect of potential criminal conduct, the highest the Inquiry’s findings rise in respect of potential criminal conduct of an individual is that there is credible information that a person has committed a certain identified war crime or disciplinary offence. This is not a finding of guilt, nor a finding (to any standard) that the crime has in fact been committed. A finding that there is ‘credible information’ of a matter – for example, that a particular person has committed a particular war crime – is not a finding, on balance of probability let alone to a higher standard, that the person has committed that crime.

The Inquiry is not a criminal trial. The Inquiry is not confined to evidence that would be admissible in a court of law, but can inform itself as it sees fit, and has done so, as is appropriate for an inquiry of this nature. Witnesses who have given evidence to the Inquiry under compulsion may not be willing to give it to prosecutorial authorities. Witnesses on whose evidence the Inquiry has relied have, while tested by the Inquiry, not been cross-examined by an opposing party.

For all these reasons, as is common experience with commissions of inquiry, it does not follow from a finding in this Report that there is credible information of a war crime, that there will be a prosecution, let alone a conviction.

In passing, I note that the Inquiry seemed to ignore its own expressed limitations (in paragraph 77) by concluding there had been a “disgraceful and a profound betrayal of the Australian Defence Force’s professional standards and expectations,” and by recommending a collective revocation of the Meritorious Unit Citation. Go figure, presumed innocent but guilty, I suppose.

I want to branch off a bit and go to a couple of fairly recent movies. In one, Saving Private Ryan, a small group of American soldiers operating in enemy territory capture a German soldier who had been part of a machine gun nest, which they had wiped out at the cost of one their own. They simply can’t take him with them so their choice is to kill him or let him go. Luckily for him, the captain (Tom Hanks) decides, against the wishes of most his men, to let him go. Later on, re-joined with his comrades, he kills one of the American soldiers. And the moral?

In Fury, Wardaddy (Brad Pitt) leads a tank platoon inside Germany near the end of WWII. Norman is a raw recruit unused to the idea of killing. After one deadly battle, Norman is challenged by one of his tank crew: “Why didn’t you shoot that shithead when you had the chance?”

“It happened so fast. He was just a kid,” Norman replies.

Wardaddy gestures at Lt. Parker’s burning tank. “See what a kid can do? That’s your fault. Next f*****g German with a weapon you see, rake the dogshit out of him. I don’t care if it’s a baby with a butter knife in one hand and mama’s left titty in the other. You chop him up.”

It is a bloody movie. However, a WWII veteran was reported as saying that it was “very realistic, but it can’t show the full horror of war.” And my purpose is not to pass off fiction as real life. As the veteran says, real life is far grislier than anything the screen can depict. How can the screen depict the full horror of a soldier having his legs blown off with an IED made by a “civilian.” Make-believe blood and screams don’t come close.  But maybe the screen can provide at least a sanitized insight into the moral dilemmas that war inevitably throws up.

We, who aren’t soldiers in a theatre of war, must try to put ourselves in their place; day in and day out, facing the risk of grisly death. Australian soldiers in Afghanistan face potential enemies all around them; they might be evidently Taliban, but they might also be ostensibly comrades-in-arms, dressed as Afghan soldiers; and they might be civilians, young or old, male or female. I want their side of the story told before any rush to judgment on ‘rough men’ (warriors), who are prepared to risk their lives and kill the enemy, so that we can sleep peacefully in our beds. We owe them that.