It’s Not Who Votes, It’s Who Counts Them 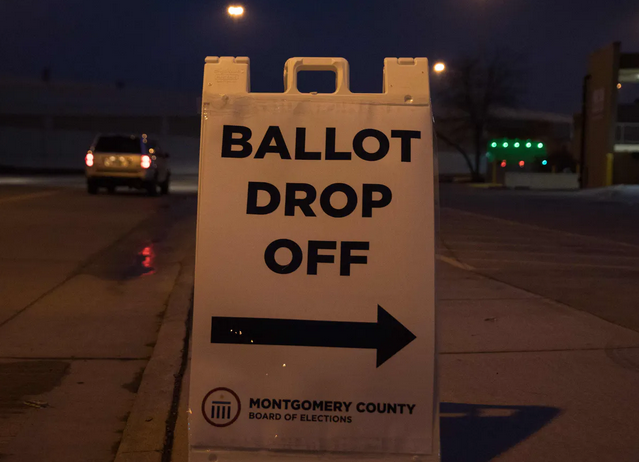 A conservative friend who dislikes Trump asked about his 2am speech branding the election as a fraud. Here’s my reply:

I guess my immediate response to any criticisms of Trump’s performance last night is to tease out some of the underlying assumptions. There are three basic possible premises.

1/ The Democrats did not cheat.

2/ The Democrats did cheat.

3/ We can’t know for sure, but the Democrats may have cheated.

In regard to #1, if this is true then Trump’s claims about stealing an election are despicable. Thus far I haven’t been overwhelmed with any evidence on this front. But it may come.

Re #2. On this premise I don’t think there was anything at all wrong with Trump’s 2am performance. I would have done the same.

Re #3. I assume most people fall here. We don’t know. We do know that Wisconsin now has, what, an 86 per cent turnout. That is nearing NZ levels, the highest in the world for any non-compulsory voting jurisdiction. 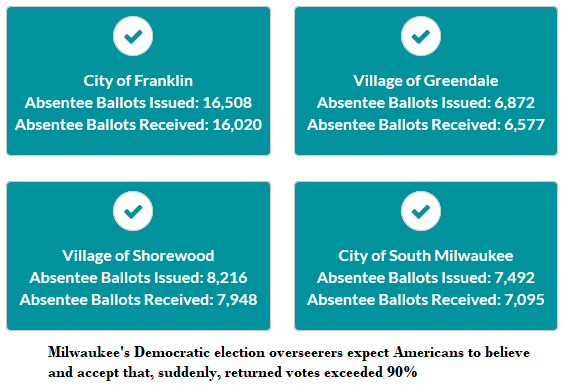 And we know that all three Midwest Democrat-run states stopped their counting at the same time. I’ve not heard of stopping the counting in Canada and Britain. And the fact they all stopped at the same time – not even on the hour – is very odd, very odd indeed. The odds of it not being co-ordinated are rather small. Of course, there are non-cheating explanations for co-ordinating a ‘stop counting’ decision across three states, it’s just that we’re not hearing what they might be.  If honest and above board, then it was dumb because it licensed people to think cheating was taking place.

It will also be a US first, I believe, to win the bellwether States of Ohio and Florida and still lose an election.

And then there was the pre-election behaviour of the press (not reporting very plausible and damning stuff about Hunter and “the Big Guy”). We already knew FBI agents altered documents to further the FISA scam and promote the Russiagate hoax.

At any rate, on #3, people can reasonably disagree about what to do. Perhaps, when one suspects cheating but can’t prove it, the thing to do is to stand up at the press conference and downplay things. Here it comes down to one’s visceral attitudes. For me, after a lifetime of competitive sports, I like the fighter. Were I Trump, I’d do what he did – indeed, I can’t think of any other response that gives the Republican candidate any chance at all of winning in the end. (I predict bogus polls being released soon, all claiming the majority of Americans want Trump to concede. These will come from the same pollsters who gave us the election predictions, but which the media will still treat as gospel.) If when dealing with cheaters you adopt a sort of genteel, John McCain-like attitude that values good manners and the regular norms over trying to win, then you lose.

So I thought Trump pretty much hit the right note at his 2am press conference.

Nice people who don’t fight back lose. You can be nice, but when the other guy isn’t you have to reciprocate or you’re toast. I think that is basically why Trump got elected, why he has the loyalty (if not the admiration) of over 90 per cent of Republican voters, and also why some of those who lean conservative despise him. It’s attitudinal. That said, if you dislike how the culture wars are going, believe the other side fights to win but won’t yourself fight back, then you can’t really don’t deserve to win.

James Allan, Garrick Professor of Law at the University of Queensland, is the author of Democracy in Decline

24 thoughts on “It’s Not Who Votes, It’s Who Counts Them”

Credentialism in the Creche