Noticed COVID Isn’t Quite So Deadly of Late? 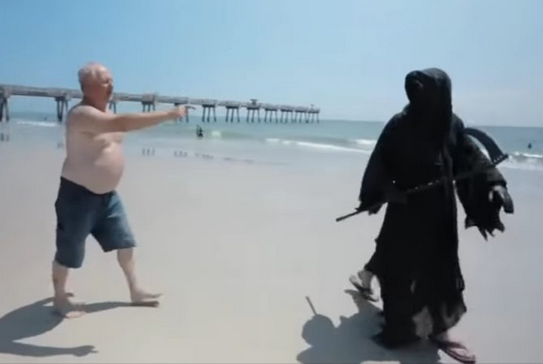 There is a second wave of the Wuhan virus but it did not occur in Victoria, being instead a far more lethal extension of the first wave attributable to Premier Andrew’s cabal of dolts, incompetents and cover-up merchants. It is most evident in Europe, but also apparent in the US, with the media telling us every day that such-and-such a country recorded its highest-ever daily number of new cases. But what goes almost universally unreported is that the current second wave shows a virus that seems considerably more infectious but considerably less lethal.

Even in the US, the cumulative death rate today is half of what it was in May – 0.06 then vs 0.03 today. On May 31, cumulative cases in the USA amounted approximately 1,900,000 and deaths 110,000. On Octover 23, total cases were 9,000,000 and deaths 230,000. On Oct 25, the US saw 442 deaths – still high but not in Black Death territory. The trajectory of the virus in the US differs from that in Europe but it may well turn out that the end result is the same in terms of total population death rates. It would be ironic if President Trump were to lose the election on the back of his perceived mishandling of the virus, particularly as his efforts to keep the economy going at the same time could see the US emerge in much better shape than EU countries.

On that subject it is worth remembering that, as in Australia, management of the public health aspects of the virus was largely left in the hands of the states, the federal government’s role being to support the states in terms of money and resources. Can any of Trump’s critics point out something that he should have done but didn’t? Did any state call in vain on Trump for support it needed and didn’t get? All of the criticism directed him, at least as far as I can see, centres on his rhetoric and his exhortations to keep the economy as functional as possible.

In The Australian, Imogen Reid reports:

French health experts have said the country has “lost control of the epidemic” as case numbers surged to more than 50,000 on Monday.

President of the scientific council Dr Jean-François Delfraissy said the country was in a “very difficult, even critical situation” despite the number of new COVID-19 restrictions imposed in September aimed at easing the pressure on France’s healthcare system.

“There probably are more than 50,000 new cases every day. Our estimate at the Scientific Council is closer to 100,000 — twice as many,” Dr Delfraissy said.

What that report fails to mention is that on the day French cases exceeded 50,000 (October 25) there were only 116 deaths. The highest daily death tally so far for France’s second wave was 298 on October 23. So it would seem to me that the real concern relating to the infection numbers is the strain they put on hospital resources. However, we hear little about that — unlike the first wave, when as much of the reporting was devoted to this aspect as to the number of deaths. Triage was a major component of the first-wave response and some patients were allowed to die that others might survive. We are hearing nothing like that at the moment. We do not know, at least from media reports in this country, how many of these new cases actually are hospitalised. And if there are really 100,000 cases, as Dr Delfraisy suggests, 50,000 of them would have to be asymptomatic – and therefore not, in themselves, a problem for the hospital system.

The current, typically unbalanced reporting is, or appears to be, designed to keep populations, and therefore governments, in a state of dread which can only result in the continued adoption of draconian, economy-destroying lockdowns, such as currently in effect in Wales.

France, and the other European countries, may well be close to achieving herd immunity. If, as Ms Reid reports, “French health experts have said the country has ‘lost control of the epidemic’, they might just as well lie back and think of La Belle France. Coupled with better treatment — witness Trump’s rapid recovery — the best strategy for First World countries might be to learn to live with China’s bitter gift to the world until a vaccine is released or the virus mutates into a less virulent form.

Who knows, but that de-fanging might already be happening.