‘COVID stable’? Only in the Augean sense 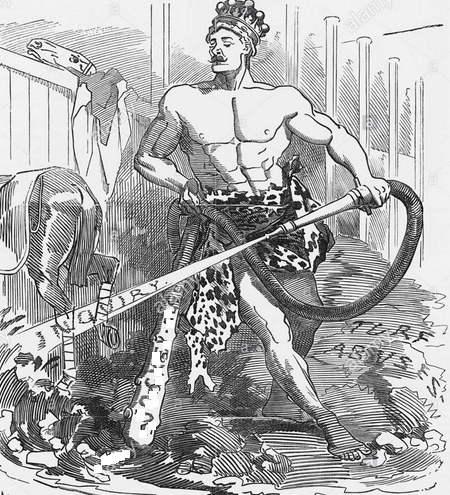 So what happens next year?  The current resurgence of COVID-19 in the northern hemisphere as its winter approaches should be sounding alarms in Australia.  It is obvious the virus will continue to pose a threat to public health here until mid-2022 at the earliest.  Even if a viable vaccine is discovered in the next three months, it will take at the least another two years for sufficient quantities to be manufactured and distributed to inoculate much of Australia’s population.

What do the federal and state governments therefore propose doing?  Our political leaders talk of the COVID-19 pandemic as if it is much like heavy flooding, a run of bushfires or sudden drought, another nasty but one-off seasonal event that will not extend into 2021. After that, the COVID-19 situation will recede to some sort of manageable stability and we can all get on with it once more.

That mistaken assumption underpinned Australia’s entire federal Budget delivered this past week: things will soon be stable again, the Treasurer’s confident speech ran, so communities can settle into rebuilding with the government assisting in getting people back on their feet.  Bizarrely, the state governments, the federal Opposition, and the entire media have gone along with that naïve narrative.  They accept that next year people will back working again.

The week of the Budget started with the US President hospitalised because he had contracted COVID-19, which continues to spread around the world; and that week ended with the Victorian Parliament extending its ongoing State of Emergency by another month, with no end to that situation in sight.  Both were treated as disconnected news items, because across Australia political leaders and bureaucrats beneath them pressed the false message that the virus will have settled down next year.

Barry Jones, the former federal minister for science, used to say that the scientific ignorance of our politicians would be the undoing of this country.  And we have seen this taking place in some of the zany statements and predictions about medical science (has anyone kept a tally of the number of “awesome” and “game changing” research breakthroughs?).  If that cant hasn’t been bad enough, there is the evident lack of planning for a pandemic by state public servants.  Each medical facility from large hospitals down to suburban GP’s surgeries is required by law to have an epidemic policy in place, which is ready to be used if needed.  Preparation is compulsory, which is why those organisations eased into gear so quickly.  But some state governments were quite unprepared, not even for quarantining incoming international travellers who were potentially infected—which the judicial inquiry in Victoria has appallingly revealed.

As for the current situation, already the emerging pattern overseas shows that far from going away like a season of bad weather, the virus stays within a community.  That is how viruses behave.  We’ve seen this with Hepatitus C, HIV and AIDS, which didn’t just disappear and may break out again if we don’t take care.  Likewise, the indicators suggest COVID-19 will be poised for a resurgence in Australia next April, especially in the larger capital cities.

But there has been no talk of what our ‘new norm’ will be for the foreseeable future—that is, until a vaccine is developed and becomes widely available.

Must Australia endure next year a repeat of the lockdowns, border closures, and repressive regulations introduced over winter 2020?  Will businesses be forcibly shuttered come late March?  Will employees who have been stood down yet again have to be put on government support?  Will public servants get to stay at home doing nothing on full pay for months on end?  Indeed, might regulations be ratcheted up with power-addicted health bureaucrats inventing more arbitary rules purportedly to contain inevitable outbreaks?

As a Melburnian I’d like to know if this major metropolis will revert to a police-state once again, with roadblocks, curfews, public buildings and schools shuttered, heavy travel restrictions, identity checks in parklands, and all citizens placed in effective home detention (as well as the Premier’s use of meetings with shonky minutes, and blame shifting, to control subordinates), if the city can’t achieve the Premier’s targeted infection rate of one case or less per million people each day?  Because in a city of over five million that’s what his benchmark of a maximum five new infections a day amounts to.

Which way to the Star Chamber, comrade?

28 thoughts on “‘COVID stable’? Only in the Augean sense”