When a Viral Fear Mutates 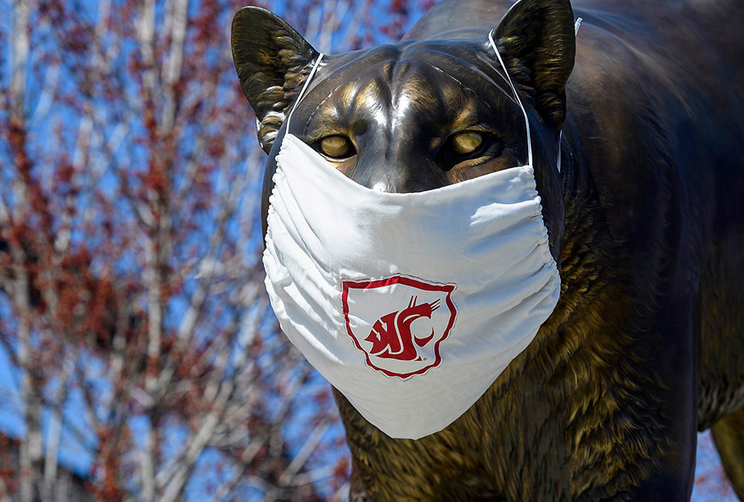 It is beyond doubt that this Wuhan virus chiefly kills the aged and those with with serious comorbidities.  It is also beyond doubt that a large majority of sufferers are asymptomatic.  In theory and with the benefit of hindsight, these facts should have guided our response from the beginning of the outbreak.  As Andrew Bolt repeats on every show: quarantine the sick, protect the vulnerable — and stop wrecking the economy.  I said the same thing myself back in March, when I observed that the phase two lockdown was rushed into operation a mere six days after phase one, well before the effectiveness of phase one could be established.

In Australia we have seen the economy put on life support, despite the fact that we still only have 278 deaths and a total of 20,698 cases.  The total number of cases over the whole of the pandemic is just three times the number of ICU ventilator beds we installed as part of the ‘flattening the curve’ strategy — an approach lost in the mists of time. At the moment only a relatively few commentators are calling out governments for their over-reach. No doubt that cohort will increase as it gradually sinks in that only a relative few patients have required hospitalisation.

However, a new meme has started to emerge which, if taken with the same hysteria that greeted the initial outbreak, will set back a return to rationality. A cardiologist, Dr David Rollo, writing in the letters page of The Weekend Australian stated:

Your editorial …  suggests that “unnecessary anxiety” might be avoided if the public knew more about the prior health of the young person who died this week of COVID-19. The reality is otherwise. The iceberg-tip of enumerated deaths, while tragic, is a distraction from a more global truth.

Numerous recent reports in mainstream medical journals tell the story that this virus hits more widely and in a less discriminatory fashion than the media headlines suggest. It attacks multiple body systems in a broad range of individuals, including the very young, leaving damaged and malfunctioning organs even in those who appear initially unscathed.

‘Long term effects’ can have two meanings – firstly, prolonged symptom duration after a patient has recovered  and, secondly, permanent damage to organs or systems that impairs normal function.

Obviously, this far into the pandemic, it is possible to get some idea of the first.  The CDC publishedthe results of  a survey which acknowledged that a large percentage of people who contract COVID-19 experience a prolonged symptom duration. However, as far as the second interpretation of long term effects is concerned, the tenor of Dr Rollo’s letter struck me as being rather more definitive in terms of permanent impairment than might be warranted, given the very short timeframe since the pandemic began.

I do not have access to the medical journals that Dr Rollo cites and must rely on news reports.  Here is one from the Sydney Morning Herald (emphasis added):

COVID-19 may have long-term effects on heart health, even for relatively young people who experienced only a mild illness.

That’s the finding from a new study that looked at 100 recovered COVID-19 patients, most of whom had not suffered a severe case of the disease.

About 60 per cent of those who took part displayed evidence of heart inflammation, despite being months into their recovery.

While the paper cannot definitively show the virus caused the inflammation, experts said it added to worrying evidence of COVID-19’s effect on the heart.

“Whatever way you look at it, this is not good news,” said Professor Bob Graham, founding executive director of the Victor Chang Cardiac Research Institute.

“This suggests there may be continued problems even after you’ve recovered from COVID.”

SARS-CoV-2, the virus that causes COVID-19, is a respiratory illness that often kills by damaging the lungs. But its effects are felt throughout the body, with scientists increasingly cataloguing effects as far away as the feet.

Many of those symptoms are mild or unusual, such as the foot discoloration often referred to as “COVID toe”.

But the effects on the blood and heart concern doctors deeply.

In some people, COVID-19 causes small clots to form in the blood which can damage the delicate tissues of the lungs and even, in rare cases, cause a stroke.

The new study, led by researchers at University Hospital Frankfurt and published in JAMA Cardiology on Monday, adds to existing evidence.

The study looked at magnetic resonance scans of 100 patients about three months after they had been diagnosed with COVID-19. The group were relatively young – median age 49 – and only 33 had required hospitalisation.

The researchers compared them to scans from 100 patients without COVID-19, matched for age and health status.

About 78 per cent of the recovered patients showed signs of cardiovascular issues, mostly heart muscle inflammation.

“They are suggesting that a significant number – a very high number – has evidence of damage,” Professor Graham said.

The researchers did not have heart scans for the patients before COVID-19, meaning it is possible some or many already had heart damage. And long-term study is needed to show whether the inflammation actually leads to long-term health problems.

“Is this going to lead to more persistent inflammation and ongoing damage to the heart? We just don’t have answer yet,” said Heart Research Institute scientific director Professor Shaun Jackson.

“The suggestion that there may be long-term impact is not yet clearly evidenced but not unfounded,” said Cardiac Society Australia New Zealand president-elect Professor Clara Chow.

“This adds more evidence to the fact that the infection is unusual in its specificity for the heart.”

The intent of this emerging narrative – citing various studies of doubtful provenance in a technique eerily similar to the demonization of hydroxychloroquine (which, by the way, is increasingly being shown to be both safe and effective, despite the categorical statement by our CMO Dr Paul Kelly that ‘it doesn’t work’) – is to provide cover for pusillanimous politicians and alarmist scientists to justify their past misjudgements on the basis that the virus is much worse than we thought and we really did need to protect young people from long-term damage. And, of course, it can be deployed to justify continued action to eliminate the virus, as we now appear to be doing in Australia.

The problem is that it is all so speculative, as my underling in the above article indicates.   These studies are small in scale, anecdotal rather than rigorous and much too early to have any kind of predictive value. It seems counterintuitive to me that a virus that was incapable of laying low a young healthy person as part of its initial effect, would be capable of inflicting long term damage on that same person, given that its initial effects on susceptible people is so drastic.   But I am not a doctor and I guess it could happen.   Just as cancers kill some people and not others, I have no doubt that the Wuhan virus will have adverse effects on certain individuals but I suspect that, in the long term, such effects will be found to be very rare and could be categorized as just part of life in which there are always  winners and losers. To use the possibility of such complications, as if they were inevitable and would be widespread, as a driver of public policy would be hugely irresponsible.  Just as it is irresponsible to dismiss out of hand proven and safe medications such as HCQ.

The Soaring Cost Of Credentialism