The Leap from Pandemic to Panicdemic 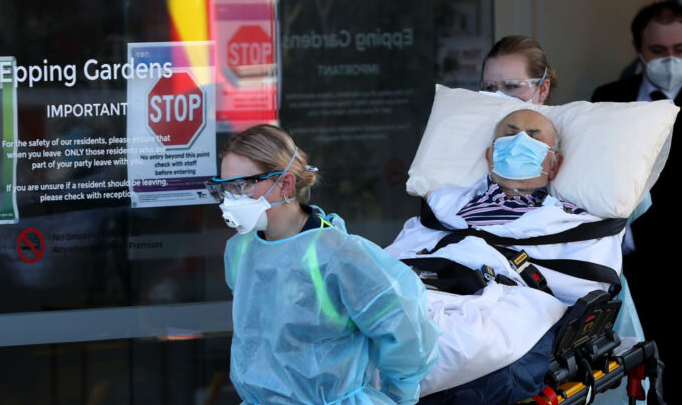 Saw in my newspaper that a Swiss study found that being with an infected person coughing in a small poorly-ventilated room results in COVID-19 being passed on within a few minutes. Call me a know-all if you like but I would have guessed as much. Personally, I have tried to avoid being with people coughing in small poorly-ventilated rooms ever since I left home, where I spent most evenings of my twenty-one formative years in a small (smoke-filled) poorly-ventilated living room. I can vouchsafe that corona viruses (to wit coughs and colds) did readily hop about in such circumstances. The Swiss should have asked me and spent their valuable research time on something else.

Of course, the Swiss study backs up the bleedingly obvious line, which we have heard for some time now from ‘experts’, that the virus spreads more efficiently in closed spaces than in the open air. As a non-medical expert, I would like to ask whether there are any germs which find the open air more compatible with their spread than closed spaces? I seriously doubt it, though I suppose I might be wrong.

Being possibly wrong brings me to Greg Sheridan, a good guy so far as I am concerned. I find most of his writing informative and sensible. To boot, he is a Christian and therefore part of the diminishing human bulwark defending our peerless, but crumbling, Western Judeo-Christian civilisation. One of the principal hallmarks of Christianity is living in truth. It is clear to me in his articles on COVID-19 that Sheridan is searching for the truth, but he appears to be relying too much on particular experts. He extensively referenced and quoted the views of epidemiologist Raina MacIntyre (UNSW) in an article on July 16 and Nick Coatsworth (Australia’s Deputy Chief MO) on July 28. This is chancy. Experts come in different stripes.

I often watch Fox News and know that it is not difficult to find an expert of impeccable credentials arguing one side of the case and another arguing the opposite side. Counting numbers doesn’t necessarily help either, as the history of mistaken groupthink in science shows. Epidemiology is complex, but when politicians duck their responsibilities by handing over the keys of the kingdom to this or that epidemiologist there is no option but for the non-expert Joe and Jill to do their own thinking. That includes, in this case, both Sheridan and me.

Sheridan moves fairly seamlessly from estimating a case fatality rate (CFR) of 1 per cent in Australia to an infection fatality rate (IFR) of 1 per cent. He does this by relying on the high rate of testing which has occurred. But this is misleading. Testing will have been skewed towards those with evident symptoms. Other things being equal, the IFR of a disease which infects many in only a mild or asymptotic form, as per COVID-19, will fall markedly below the CFR. Note, no epidemiological qualifications required.

Based on a number of separate studies, a recent article in Nature (16 July) posits that the IFR falls between 0.5 to 1 per cent in many countries. But it is also acknowledged that there is still insufficient information to really know. What is clear is that the estimated IFR has been falling as more information comes to hand. In the early stages, a scary 3.4 per cent was suggested by the WHO.

As Sheridan comments, we have an excellent health system and which, I add, has never been put under anything like the sort of COVID-19 pressure initially envisioned by ‘expert’ opinion. It would be surprising if our IFR were not at the bottom end of any international range. Let us suppose it is 0.5 per cent. This is still quite high. If indeed Covid-19 is very infectious, it might easily, left to itself, infect, say, 50 per cent of the Australian population. This, with an IFR of 0.5 per cent, would result in 64,000 deaths. As deaths from a single additional cause, this is simply unacceptable. At the same time, it does not point to lockdowns being, as Sheridan puts it, “sensible and necessary.” Account must be taken of the incidence of the disease. The disease in serious form falls mainly on the old and infirm.

The Nature article to which I made reference cites a preliminary study which estimates an IFR of 0.64 per cent for the total population of Geneva. However, by age, the IFR fell between .00032 per cent and .0016 per cent for those younger than fifty; the youngest person to die was aged thirty-one. The IFR increased to 0.14 per cent for those between the ages of 50 and 64 (in the same ballpark as the seasonal flu); before climbing steeply to 5.6 per cent for those aged 65 and over – 50 per cent of whom died in care facilities. The age pattern of Australian deaths is consistent with a similar IFR profile.

What this profile points to is an optimum strategy for dealing with the virus. And in that respect in particular, laymen like Sheridan and me should not defer to public health experts. And, more to the point, neither should political leaders. It is clear, and should always have been clear, that a blunderbuss strategy is counterproductive.

First, it takes focus and resources away from tackling the disease at its deadliest (hence the many deaths in nursing homes). Second, it produces dire economic consequences – which, in turn, have untold deleterious effects on health. Apply a sense of proportion.

There is no way, even in this lily-livered age, that the unprecedented step would ever have been taken to throw healthy working-aged people out of work because of a disease which for them carries so little threat. Otherwise, we would all be locked up at home each flu season. No, the rationale for lockdowns can only have been to protect the old and infirm.

And look at what’s happened. All pain for too little gain. The infection is still abroad. The old and infirm have and are being killed in relatively large numbers. Locking away experts, not working people, and focusing more on those at risk, would likely have saved many lives — and saved the economy too.

Counteroffensive on the Western Front

How Low Can the Commissariat Swing?