The Grievance Industrial Complex and Me 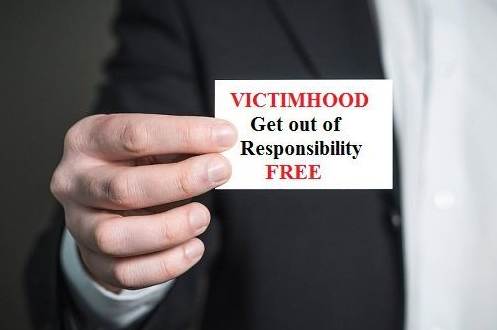 I was five years old when Prime Minister Gough Whitlam was sacked by Sir John Kerr on November 11, 1975 — too young to deal with the political upheaval the dismissal caused in my working-class family. I guess I absorbed and internalised that resentment, as it wasn’t until I entered university in the summer of 1987 that I began to conscientiously “maintain the rage”. If this was to be the age of equality, I concluded, then it was up to working-class people, like me, to agitate for change.

When the Berlin Wall came down and the West appeared triumphant in defeating Communism, my academic colleagues and I, safe in the sanctuary of a taxpayer-funded university, remained unmoved and defiant. While studying Soviet politics, my lecturers never introduced us to dissidents and critics like Solzhenitsyn or Koestler. Even if they had, such warnings of state sanctioned brutality would have gone unheeded by the likes of me.

One time in the Flinders University Tavern, another student, Dave, brought up in an affluent suburb, took exception to my class polemics. I dismissed his criticism as a manifestation of the bourgeois conspiracy to protect his upper-crust privilege. Socialism has glib answers for everything and anything, you just need to memorise them. That’s what made the ideology so appealing and, at the same time, made dealing with its useful idiots (like me) so infuriating. The logical consequence of such rationalisations meant the very existence of tranquil suburbs, like that from which Dave hailed, offered offence in and of itself. Those jacaranda’d streets were an affront to my class consciousness — not that I was about to take to the trees with an axe. That would have been beneath my supposed intellectual capacity and, anyway, I was too lazy to do more that hold forth with an elbow propped upon the bar. But according to the class theories I then embraced, I would have been justified if I had. Anything can be justified under the rubric of Marxist ideology and the waging of war on class enemies. At the time it didn’t occur to me that the same ideology provided the Bolsheviks with a rationale to slaughter the Romanovs at dead of night in a gore-splattered basement, to impose a genocidal famine on the Ukraine or destroy a nation’s heritage, as the Red Guards had done at Mao’s instruction.

Truth be told, Dave really could play the guitar and make the young girls swoon. I hated it when he got that guitar out. Pitted against him in love’s competition, I came off second best every time, and I knew it. If equality meant anything, then everybody would need to receive the same music tuition. Socialist ideology relies on subjective rationalisation and wilful blindness. To achieve ‘real’ equality, would everyone need to share the same teacher? The same instrument? How would the State begin to legislate all these changes? Even so, as I think I knew even then, I’d still have known in my heart that Dave’s singing and guitar-picking would always be better than anything I might achieve.

Thirty years after the collapse of the Berlin Wall I am no longer part of the working-class oppressed. Having failed as an economic system, Marxism has switched its focus to race, gender and general ‘otherness’. Now I am given to understand that I am a member of the privileged white heterosexual elite. What has happened in the intervening years to so transform my identity, at least as defined by others? Well, these days, a state-funded bureaucracy of grievance grows and sustains itself by denouncing whiteness and Western heritage, particularly capitalism. The articles of its faith: that reverence for market economies reflects racism and its legacy (colonialism), gender injustice (the patriarchy) and, ultimately, of course, the planet’s destruction (climate change). Cultural Marxism they call it. The sin of wealth has been replaced by the sin of whiteness.

A history class in an Australian school will focus on the ‘original sin’ of the Australian people: the dispossession of the Aborigines, this being contrasted with their heroic struggle for survival in the face of an Anglo-Saxon ‘invasion’. When I was going to school it would have been a flog opera focusing on the treatment of convicts; on the miseries and perils aboard the prison ships that took them into permanent exile on the other side of the world; on the obstacles and hardships that saw a nation arise from a penal colony. Nowadays, the ideological perspective has shifted from the colonists’ point of view to a post-colonial indigenous one, where the landscape is native, hence ideal, and those transported alien to it, with their heirs after no matter how many generations no less so.

At the same time, the class will be taught to celebrate successive waves of immigration. There is more than a bit of cognitive dissonance at work here: we are racist, irredeemably so, yet gloriously multicultural at the same time. On the one hand, migrants ‘of colour’, we are told, are confronted with a variation on the same sort of systemic bigotry that allegedly oppresses Aborigines, yet they are themselves the beneficiaries of a qualified ‘privilege’. In the pyramid of grievance, Aborigines rank a degree of greater victimhood higher than non-European migrants. Logically examined, it is nonsense, but the narrative is immune to criticism because there is now a thriving bureaucracy that calibrates degrees of oppression and profits from its chart’s dissemination. Here it is instructive to recall the late Bill Leak’s cartoon of a black police officer admonishing a black father over his black son’s mischief-making. When the luvvie legions howled ‘Racist!’ on Twitter, the grievance machine launched an outreach campaign to rustle up complainants. That’s how the game is played.

Ceremonial occasions no longer pay homage to the Queen but prefer to celebrate the tradition (invented yesterday) of the Welcome to Country. Why ‘traditional custodians’ would wish to welcome hostile invaders remains a mystery, especially given the more than 230 years of alleged genocide being promoted by academia and the grievance bureaucracy. Again, this is where the Marxist perspective comes in handy: just put your brain in neutral, parrot the cliches and click ‘like’ under every utterance from Gillian Triggs or Tim Soutphommasane.

As if aware of this hypocrisy, the apparatchiks double down on calls for a treaty and changing the date of Australia Day, or perhaps abolishing it all together. It would seem the only migrants who can no longer celebrate an autonomous identity within our multicultural society are the Anglo-Saxons, whose labours and Enlightenment principles laid the foundation for the modern nation. Beg to differ and, well,  you’re a racist throwback to the White Australia Policy.

Any lesson focusing on the dispossession of the Aboriginal people will leverage indigenous disadvantage to bolster state authority and demoralise with inherited ‘shame’ those descended from the Australian settlement. That is the method and the intent, with the vandalism of Captain Cook’s statues, along with the woke punditry’s sympathy for the perpetrators and their cause, showing us just how effective it is. The reality that the overwhelming majority of indigenous people are today of mixed racial background is of no consequence to our cultural elites. Indeed, it’s beyond the ken of polite society to question the percentage of someone’s indigenous heritage. You might be of sufficiently pale skin to have sat unbothered and unnoticed at a lunch counter in America’s old South, but somehow a few drops of indigenous blood make for eternal victimhood. In the case of Dark Emu’s  Bruce Pascoe, being “indigenous” requires no more than a big bush beard and red headband.

Nowadays, there are incentives for Australians to identify as Aboriginal, with a raft of government services and specific benefits targeted at those with Indigenous or Torres Strait Islander heritage. This has seen an exponential increase in the percentage of the urban population claiming indigenous ancestry since 1971.The level of hypocrisy required for the various branches of the public service and academia to demonise colonialism whilst continuing to reap the rewards that accrue from decrying it is astounding. In relentlessly pursuing a narrative that qualifies and undermines Western civilisation’s gifts to this nation, ideologues short-sightedly sabotage the institutions they administer. Has the mandated emphasis on aboriginality in the schools curriculum done anything to improve the grades of indigenous kids or of their white classmates? Not at all, except for the arbiters of grievance, whose careers and empire-building flourish. Yet in identifying people only as members of a group, rather than individuals, they are the ones most guilty of patronising and genuinely racist condescension.

Witnessing Marxist dogma’s switch to apportion privilege on the basis of race and sexual identity, rather than  the class struggle of yesteryear, led me to reconsider the legacy bequeathed to us by Western civilisation. So what did this former red-ragger conclude? It’s simple really: the source and mainspring of justice for all is and must always be equality before the law. We have seen the dystopian consequences of doing otherwise playing out on our TV screens as flames light American cities and innocent truck drivers are hauled from their rigs to be kicked senseless for the crime of being white.

Resisting the temptation to assign guilt based on collective denunciations of class, race and/or gender protects us all from anarchy — an anarchy dangerously encouraged by the ideological underpinnings of the  grievance-industrial complex. Before we see America’s ordeal repeated here, our elected leaders really should do something about it. But they most likely won’t, more’s the pity.