Life and debt in Victoria’s Leprosarium 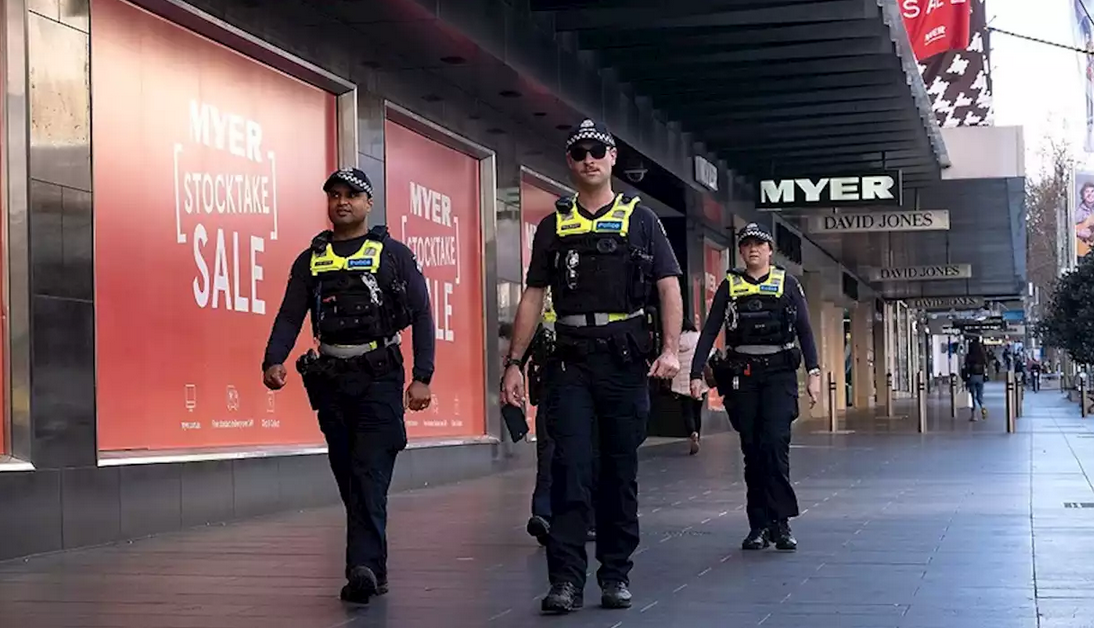 It is difficult to describe the full and needless horror of life these days in Daniel Andrews’ locked-down Melbourne. You can try telling friends in other states about the 8pm curfew imposed on this sad city, but they really need to be here (and should thank their lucky stars they aren’t) to grasp what that means and entails. A second-story balcony helps, as such a vantage point allows one to observe the neighbouring streets. The only movement you’ll see after dark is divvie vans ceaselessly cruising the roadways, fine books at the ready, lest some desperado violate nocturnal confinement to fetch cigarettes or a litre of milk.

According to Daniel Andrews such excursions, like golf and solitary anglers dropping a hook and line, are a mortal threat that only $1700 penalties can mitigate. Likewise the masks we all must wear, even solitary cockies on their lonely tractors, plus the 5km fine-free safe zones, centred on residents’ home addresses, in which Mr Andrews’ subjects are granted permission to move freely, but only so long as we don’t linger outside our homes for more than one hour in every 24.

And none of it makes sense, not a jot. As New Zealand is demonstrating, locking the door against the China virus doesn’t work; it just sits itself down on the front step and waits for an opportunity to slip back inside.

The first lockdown was all about “flattening the curve”, an exortation, like Andrews’ then-boast of Victoria being “the envy of the world”,  we no longer hear. It was a prophylactic exercise, we were told at the time, an inconvenient but essential strategy to make sure hospitals weren’t inundated with the ailing and doomed.

Well the hospitals came nowhere near their capacity, and the next thing we saw was the Premier With Two Faces. Out of one he preached guarded caution as the infection numbers fell, benificently granting the citizenry the right to take slight, small steps towards a return to normal life. Restaurants that might hold 200 were authorised to feed as many as 20 diners per sitting. Hallelujah and blessed be the Great Helmsman of Spring Street!

And from that other face, the one smiling upon 10,000 Black Lives Matter ratbags milling about on Swanston Street, there came nothing but gushes of endless effluent. Premier Andrews is very good at making a twisted pretzel of any truth, depending on need and the moment. Indeed, apart from running up ruinous debt, it is the one competence at which he genuinely excels.

Consider, for example, his protestations that he has no clue who is responsible for transforming the travellers’ hotel-quarantine regime into an open spigot of the very contagion it was expensively instituted to stop. Any questions about that debacle were met with baleful looks and the stock response that an inquiry had been launched, so it would be improper to venture an opinion or insight. Those familiar with the Victorian bench, stacked with Labor confreres, had their doubts, given that the retired jurist named to chair the review, Jennifer Coate, was infamously tardy during her days as coroner. When bushfires swept Victoria in 1939, the last of the 79 to perish were in their graves within a week. When the flames came again on Black Saturday in 2009, it was a full month before Ms Coate’s court released from her morgue’s fridges the very first four bodies of the 173 casualties. Given memories of that performance, it was much appreciated when Ms Coate went on the record to say that there was no reason — no reason whatsoever — why the Premier shouldn’t answer questions about the debacle he has supervised.

Well he still hasn’t uttered a peep. Nor has Health Minister Jenny Mikakos, who shreds parliamentary convention (on the rare days the Premier permits the parliament to sit) by simply refusing to answer Question Time queries. Instead, she tweets about Pericles, her Greek heritage and whatever random asininity flits across the ministerial cortex. One theory about the Andrews government is that it is nakedly corrupt. A better one might be that it is a collective of devious imbeciles. In other jurisdictions the buck stops at the top. In Andrewstan accountability doesn’t even get out of the starting gate.

So here we are in Miserable Melbourne, obliged to bow before a leader who has presided over an unbroken litany of civic catastrophes.

The state’s books? Heading for $76 billion — yes, billion — worth of red ink.

The courts? Ask Cardinal Pell about those.

The police? Again, talk to the Cardinal — or, better yet — watch the tapes of current and former senior brass parading through the witness box at the Lawyer X royal commission. If Victoria’s coffers had been gifted with a dollar for every “I don’t recall”, a good start would have been made on shrinking that thumping deficit.

Consistency? Only in regard to naked partisanship. When COVID-19 erupted at the Cedar Meats abattoir it was days before authorities named the infections’ locus. When they did it was quickly noted that the meatworks’ owners are keen and generous Labor supporters. No such indulgence was granted the mother and teenage daughter fined after daring to leave their home for a driving lesson.

And the longterm legacy of the pain confronting Victoria? Watch economist Gigi Foster in the clip below.

Not that Premier Dandemic will pay any heed. There seems little likelihood Ms Foster is a Labor donor.

Tampa Moments All Over